US donates $120 million to Lebanese Army 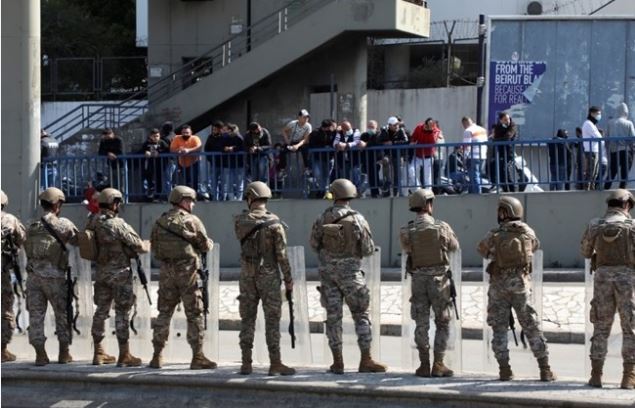 BEIRUT: The US has pledged to grant $120 million to the Lebanese Armed Forces, the US Embassy said Friday, as Lebanon’s debilitating economic crisis strains the military.

“The US State Department renewed its commitment to the LAF by announcing $120 million in Foreign Military Financing assistance to Lebanon for fiscal year 2021,” the US embassy announced following an inaugural defense conference between the two allies.

LAF Commander General Joseph Aoun held the virtual meeting with US International Security official Eliot Kang and US Ambassador to Lebanon Dorothy Shea, alongside other senior US officials.

Part of an annual financial support package, the donation is a $15 million boost over prior year levels and represents the strong bilateral ties between Lebanon and US.

America’s support to the LAF will cement their “shared priorities in counterterrorism, border security, and defense institution building, which will enable effective joint planning for future defense requirements” the statement said.

It will build on historic work between the US and the LAF that has included the fight against Daesh (ISIS) in Lebanon, ensured control over the sensitive Lebanese/Syrian border, and ensured that the LAF remain the sole defender of Lebanon’s sovereignty.

The announcement comes at a critical time for the LAF whose resources are being stretched while social and political instability grows.

Moreover, Gen. Joseph Aoun warned in March that his soldiers were going “hungry” and called on Lebanon’s ruling class to act before it was too late.

The acute devaluation of the Lebanese pound, that has lost 85 percent of its value over the last 18 months, has severely slashed salaries of much of the population, including military personnel.

Already last summer cracks were beginning to show when the Army could no longer afford to serve meat in meals to soldiers.

Since then, the LAF has become recipients of food aid from allies such as Turkey and France; and just this week received 24 tons of foodstuffs from Oman.

The delegation also touched upon the “deteriorating economic, political and humanitarian conditions affecting the Lebanese people and military,” and discussed ways the US can provide further assistance to the LAF in light of the instability, the statement said.

Lebanon is one of the largest benefactors globally of US State Department security assistance, and since 2006 the US has spent more than $2 billion on the LAF.