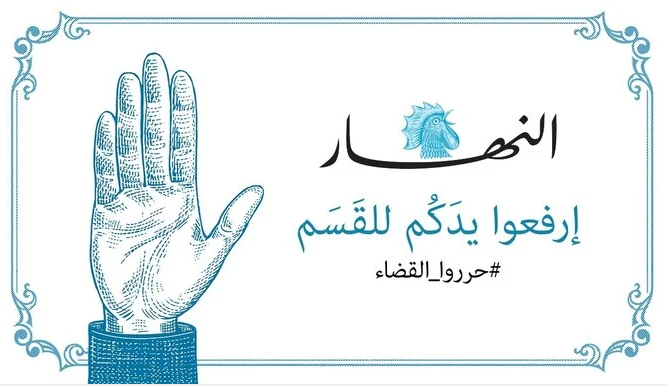 LONDON: Annahar newspaper launched on Monday a campaign titled “Your Judgement,” which calls for the independence of the Lebanese justice system and its liberation from political affiliations.

According to Annahar’s Editor-in-Chief Nayla Tueni, the goal of the campaign is to “illuminate the reality that the political authorities [in Lebanon] gave up on an independent judiciary, and rather made it a tool for power and authority.”

The campaign, launched by the newspaper as a special issue, aims to emphasize that as long as “the judiciary is fine, Lebanon and its people are fine.”

Annahar, a leading Arabic-language newspaper published in Lebanon, adorns its building in the Lebanese capital of Beirut with the text of a judiciary oath, which pledges to defend justice among the people, guarantee and maintain rights, safeguard the secret of deliberation, and uphold honesty and honor.

The special issue on liberating the justice system includes reports and investigations on the judicial reality in Lebanon.