US President Joe Biden has declared
that “America is back at the table”
following the G7 summit of world
leaders in the UK. 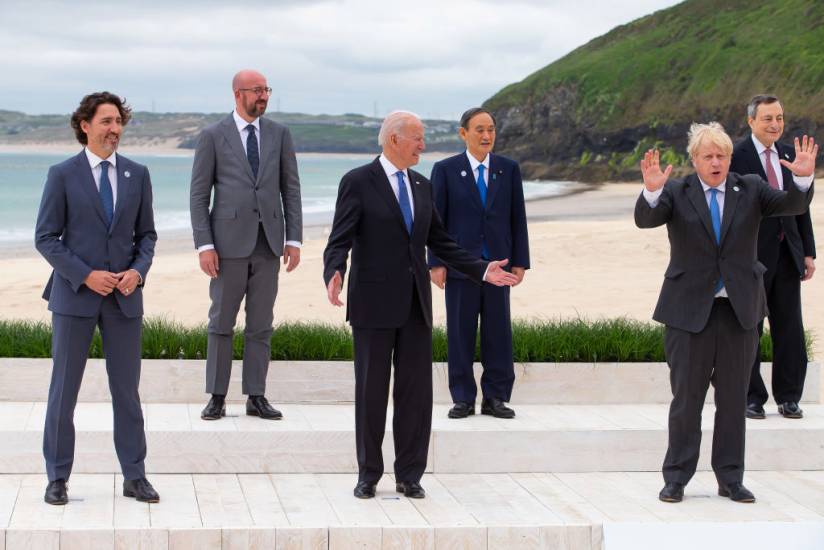 At a press conference on Sunday, Mr Biden said the summit had been “extraordinarily collaborative”. G7 leaders agreed on action to tackle China’s human rights record and climate change after three days of talks.
Mr Biden said the organisation was in a “contest with autocracies” and welcomed its approach on
China and Russia.
He also sought to distance himself from his predecessor – Donald Trump – who he said believed
climate change was “not a problem”.
“We had a president, the last [one] who basically said it’s not a problem, global warming,” Mr Biden
said. “It is the existential problem facing humanity and it’s being treated that way.”
The world leaders attending the Cornwall summit signed a declaration calling on China to “respect
human rights and fundamental freedoms”, especially in the Xinjiang region, the north-western
region that is home to the Uyghurs and other Muslim minorities.
“We’re in a contest, not with China per se… with autocrats, autocratic governments around the
world, as to whether or not democracies can compete with them in a rapidly changing 21st
century,” Mr Biden said.
The G7 adopted a spending plan to support lower and middle-income countries in response to a
similar Chinese scheme.