Miami-Dade Mayor Daniella Levine Cava spoke to family members and friends awaiting word about their loved ones at the Surfside Community Center as search for life continues after the Surfside condo collapse. 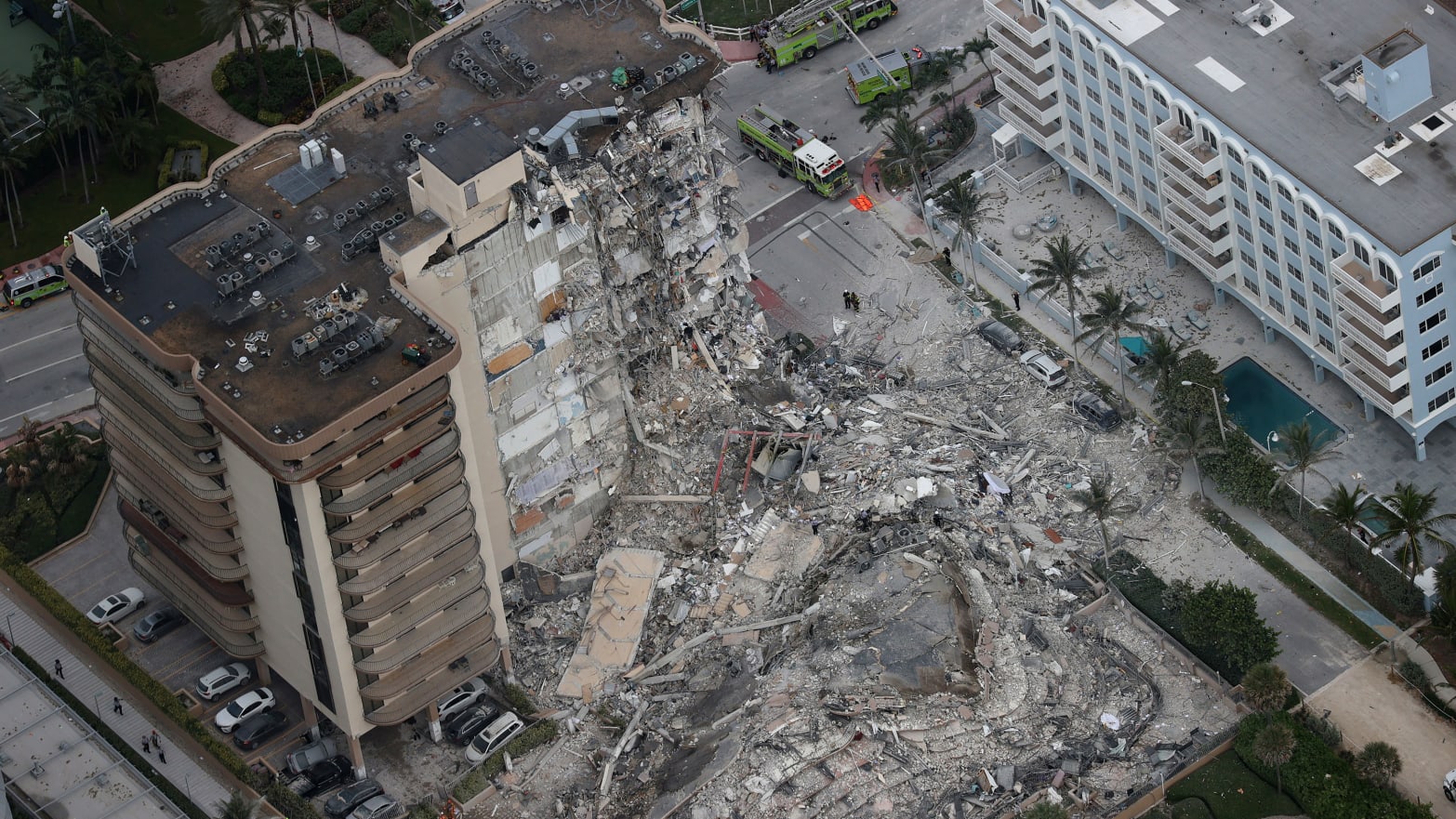 The grim task of recovering the bodies of victims at the site of the collapse of the Champlain Towers South condo in Surfside began overnight and continued into a somber Friday in an unfolding tragedy that is feared to be the worst building failure in Florida history.

Miami-Dade Mayor Daniella Levine Cava said Friday morning that the number of people who are unaccounted for in Thursday’s building collapse increased to 159 — dramatically higher than the 99 reported earlier. The official death toll rose to four, as three more people were found in the rubble.

On Friday afternoon, the Miami-Dade Medical Examiner’s office identified the first of the deceased victims as Stacie Fang, 54, who died at Aventura Hospital. The cause was blunt-force injuries. Her son was rescued by firefighters on Thursday morning.

She said 120 people are now accounted for but stressed that all the numbers are “fluid” because some residents may not have been in the building when it collapsed.

“Unfortunately, this has been a tragic night,” Levine Cava said, while stressing that rescuers will “continue searching because we still have hope that we will find people alive.”

The list of unaccounted people was compiled from missing person reports and data collected at the reunification site at the Surfside Community Center.

Among those still missing are Cassondra Stratton, who lived in the Champlain Towers South condo with her husband, Mike Stratton. A political strategist, he had left Monday on a business trip for Washington, D.C., where he got a frantic call from his wife early Thursday morning about their condo building shaking. Then the line went dead.

Now Cassondra Stratton, a 40-year-old model, actress and Pilates instructor, is one of the unaccounted for — feared to be trapped under the rubble as Miami-Dade search and rescue teams continue looking for those still alive.

“She was the most fun, vivacious person you could ever imagine,” he said, his voice cracking with emotion. “She was full of life, we were always doing something.”