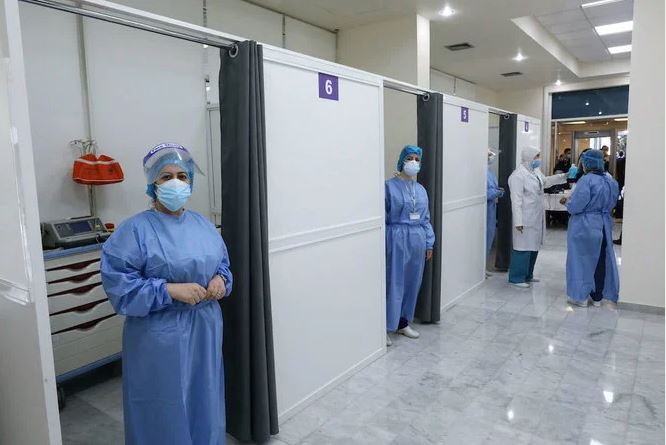 BEIRUT: Lebanon’s central bank said on Thursday that a system for importing subsidised medical goods could not be sustained without using its mandatory reserves and asked the relevant authorities to find a solution to the problem.
Lebanon, which in the throes of a financial crisis that is threatening its stability, has been subsidising fuel, wheat, medicine and other basic goods since last year.
In a statement issued after caretaker health minister Hamad Hasan said he had visited the bank asking for the release of funds for essential medicines to no avail, the central bank said it would not dip into its mandatory reserves to cover the $1.3 billion cost of the subsidised medical supplies.
“This total cost that is required from the central bank as a result of a policy to subsidise these medical items cannot be supplied without touching mandatory reserves and this is what the board of the central bank refuses,” it said.
Lebanon’s hard currency reserves have dropped alarmingly from over $30 billion before the financial crisis hit in late 2019 to just over $15 billion in March.
The wider subsidy programme costs around $6 billion a year.
Hasan had said on a local television programme last week that around 50% of required medicines were available but in the warehouses of importers awaiting payment.
Lebanon, which is in political paralysis, deeply indebted and struggling to raise funds from potential donor states and institutions, has said money for subsidies will run out in May.
The design and implementation of its subsidy system, which included long lists of non-basic items, has been criticised as wasteful by traders and consumers.