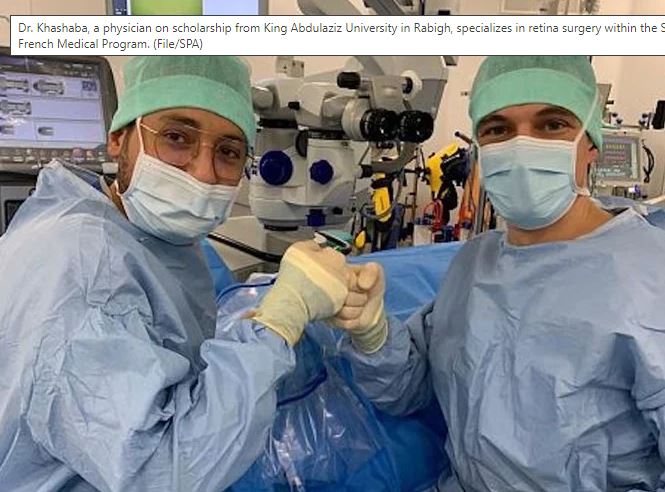 RIYADH: A Saudi doctor on scholarship in France performed an innovative medical procedure to restore the sight of a near-blind person, state news agency SPA reported on Sunday.

Dr. Amr Abu Khashaba, along with his French colleagues at La Croix University Hospital in Lyon, came up with a different method of implanting the lens onto the patient, which involved reducing the length of the incision.

The operation, applied to very few worldwide, included a microscopic examination and extracting of the old lens to implant the new one. The procedure on the patient, performed under local anesthesia, took about an hour and a half.

Dr. Khashaba, a physician on scholarship from King Abdulaziz University in Rabigh, specializes in retina surgery within the Saudi-French Medical Program.

Dr. Khashaba explained the new method does not require the lens to be sutured into the wall of the eye, but rather automatically fixed through a natural process of self-fixation.

Word of the operation’s success spread, and attempts are now being made have it done to more eye patients and fully verify the extent of its effectiveness.