HUAWEI PATENT FROM 2018 DESCRIBES THE TECHNOLOGY USED TO
IDENTIFY RACE FEATURES IN PEDESTRIANS PHOTOGRAPHED OR FILMED
IN THE STREET THAT MAY INDICATE THEY ARE OF UIGHUR ORIGIN. 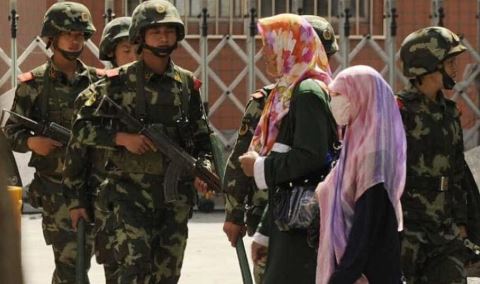 Chinese technology giant Huawei is retroceding on a patent application it filed for a facial recognition system intended to identify Uyghurs from other Chinese ethnicities.

Huawei patent from 2018 describes the technology used to identify race features in pedestrians photographed or filmed in the street that may indicate they are of Uighur origin.

As per a report by The Washington Post, Huawei has worked with at least four partner companies to develop surveillance
technologies that claim to monitor people by ethnicity. According to the report, it’s artificial intelligence surveillance technology, which includes a face-scanning camera system that can send a “Uighur alarm” to police after detecting a member of the group, has sparked an international outcry against one of China’s most valuable tech companies.

United Nations officials have said China is transforming the Xinjiang region, where many Uighurs live, into a “massive internment camp”.

However, China regularly denies such mistreatment and says the camps provide vocational training, while people in the internment camps have described being subjected to forced political indoctrination, torture, beatings, and denial of food and medicine, and say they have been prohibited from practicing their religion or speaking their language.