The Cleveland Division of the FBI released these surveillance images Sunday of four individuals suspected in multiple carjackings over the past five days in Northeast Ohio. 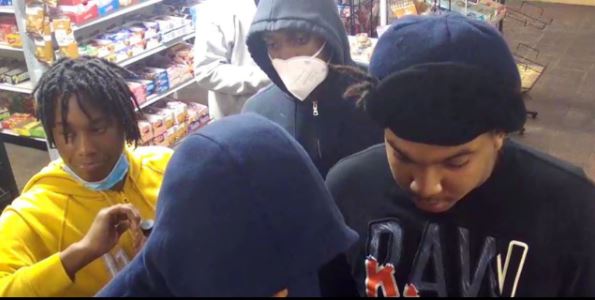 CLEVELAND, Ohio – The Cleveland Division of the FBI on Sunday released photos of four people who are believed to be involved in at least nine violent carjackings since April 28.

The FBI is working with six local police departments to investigate the carjackings, a news release says. The first carjacking took place about 3 p.m. on April 28 on Cleveland’s West Side, with a spree of carjackings following beginning last Wednesday, May 12.

Here’s a brief timeline of the reported carjackings and attempted thefts since May 12, according to the FBI:

Four of the stolen vehicles have been found in East Cleveland, the FBI news release says. Authorities believe a stolen vehicle has been driven to each of the subsequent carjackings.

Anyone who recognizes the four individuals in the surveillance photos should contact local police or the FBI at 1-877-FBI-OHIO. Tips can remain anonymous, and reward money is available.