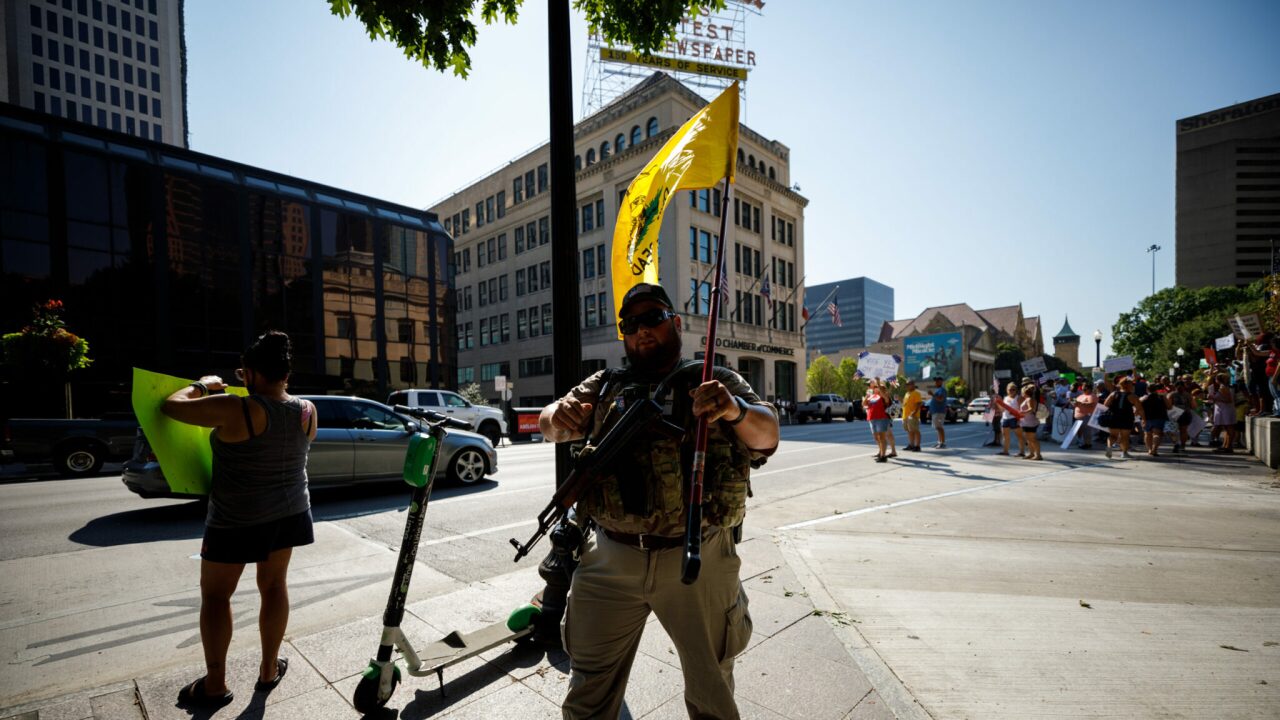 In defiance of a gun loving state legislature, the city of Columbus is mulling a novel legal strategy: treating gun violence as a public nuisance.

Rather than passing a local law restricting gun access that would likely be struck down in court, Columbus officials indicated they want to instead invoke a state law that says local health departments “shall abate and remove all nuisances” within their jurisdiction.

Meanwhile at the state level, firearm deaths hit record highs in 2020 and 2021, according to state data, and research shows pediatric firearm deaths spiked by about 90% over the course of a decade.

“Following the data, the Board may have the authority under the Ohio Revised Code to address gun violence,” said City Attorney Zach Klein at the meeting last month. He said it’s “another health crisis the Board of Health will try to address.”

Klein said officials arrived at the strategy amid a quest for “loopholes, exceptions and wiggle room” on guns, given the unlikeliness of state action to combat gun violence.

The approach is new to Ohio and would need to sidestep two hulking legal obstacles. For one, in 2007, state lawmakers established what’s known as a preemption that blocks cities from enacting any ordinance, rule or regulation on firearms beyond state law.

The small city of Clyde went to the Ohio Supreme Court defending a conflicting city ordinance that prohibited Ohioans from carrying a concealed weapon in a city park. The court sided against the city.

“Simply put, the General Assembly, by enacting [the preemption law], gave persons in Ohio the right to carry a handgun unless federal or state law prohibits them from doing so,” the court said. “A municipal ordinance cannot infringe on that broad statutory right.”

Secondly, in a legislative backlash to lockdowns and other COVID-19 restrictions and requirements, Republican lawmakers in 2021 gutted some of the legal power given to Ohio’s state and local public health departments. Among a list of broader changes, the new law prohibits health departments from issuing orders or regulation that apply to a “class of persons.” Instead, they can only issue orders pertaining to “specific persons.”

Rich Coglianese, the city’s solicitor general, addressed some of these roadblocks at last month’s Columbus Board of Health meeting. On Ohio’s firearms preemption, he said the law contains an exception “as specifically provided by … state law.” Because Ohio’s public health law says boards “shall” abate public nuisances, Coglianese said Columbus can rely on this duty to sidestep the preemption pitfall.

As for the new COVID-19 law, gun owners, according to Coglianese, fit within the realm of “specific persons” under the new law because they fall into a specific category.

In 1999, the city of Cincinnati sued fifteen handgun manufacturers, three trade associations, and one handgun distributor. The city sought to hold them liable for, among other claims, creating a public nuisance. The matter wound up before the Ohio Supreme Court, which sided with Cincinnati and refused to throw out the case. The court defined a public nuisance as “an unreasonable interference with a right common to the general public,” including acts that “significantly interfere with public health, safety, peace, comfort, or convenience.”

(The lawsuit was eventually mooted in 2001 when the state legislature passed a law immunizing the gun industry from non-nuisance claims. However, gun control proponents claim the case as a win for the precedent it set.)

Ohio’s preemption law since its passage has hamstrung Ohio’s major cities, which are generally controlled by Democrats, unlike the state legislature. In a Tuesday interview with NPR, Cincinnati Mayor Aftab Pureval discussed the politics of gun control in a blue city in a red state.

“When we’re talking about specifically gun control, local leaders are pre-empted by their statehouses or by their federal government and really don’t have many tools to manage the accessibility of guns,” he said.

The Columbus Public Health department is looking at gun violence through a public health lens, according to spokeswoman Kelli Newman. She said the department is running other programs including engaging in communities affected by trauma and the MORE Life partnership, to provide counseling and therapy services.

“As a community, we are examining all angles of gun violence, including potential policy changes that City Attorney Klein discussed,” she said. “For details on how it would work and what it would entail, you would need to talk to the City Attorney’s Office. We do not have those details at this time.”

Jonathan Entin, a law professor at Case Western Reserve University, said Columbus would face an uphill battle if it follows through on the idea but shouldn’t be written off entirely. He said the Ohio Supreme Court’s ruling in the Clyde case would likely underpin any case brought against the city.

“This isn’t some bizarre, outlandish legal theory,” he said of the Columbus proposal. “I’m just saying, from where I sit, I think Columbus will have a hard time winning if they pursue this nuisance theory.”

The Buckeye Firearms Association, arguably the state’s most prominent gun lobbying organization, called attention to the nascent Columbus policy in its newsletter Monday. BFA argues the city is waging a specious argument to enact a grab-bag of gun restrictions that lack requisite support in Congress or the Statehouse.

Rob Sexton, BFA’s top lobbyist, said the city’s strategy is just an attempted workaround of Ohio’s preemption law, which has withstood repeated legal challenges. However, whether the city goes narrow or broad with any attempt to go after guns on the public nuisance theory, he said BFA is certain to fight it to the bitter end.

“It’s hard for me to imagine a scenario that would lead us to stand down,” he said. “Preemption is the pivotal law in Ohio.”