Cuyahoga County Executive Armond Budish says temperature of the region is ‘hot’ as we emerge from pandemic: The Wake Up for Friday, May 21, 2021 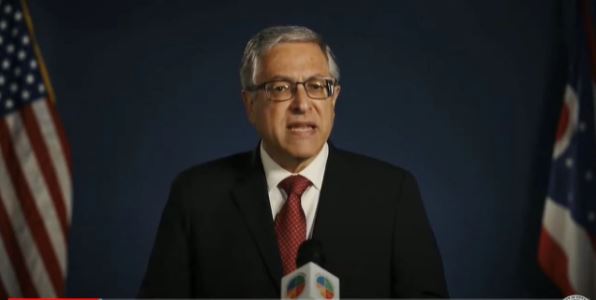 Subscribe to the Wake Up, cleveland.com’s free morning newsletter, delivered to your inbox weekdays at 5:30 a.m.

The heat is on as highs will approach 90 degrees today with partly sunny skies. It won’t be quite as warm Saturday as highs stay in the low 80s. It again will be partly sunny. There are chances of showers and thunderstorms sunny and highs will be in the mid-80s. Read more.

State of the County: Cuyahoga County Executive Armond Budish said Thursday in his sixth state-of-the-county address that the county is poised to emerge from the pandemic with “strength and vitality.” Courtney Astolfi reports the county is building on assets such as Lake Erie and boosting the prospects of its residents. “In a word, we’re hot. We’re a little like Eeyore in ‘Winnie the Pooh’ — we get so down on ourselves we forget to be happy. But we do have a lot to be happy about.”

Herd immunity: If Ohio continues its current rate of COVID-19 vaccination, it could reach herd immunity in November. Julie Washington reports the nation’s political divide is reflected in its vaccination progress, with rates higher in states that voted for President Joe Biden.

Maple Heights killing: Zachery Cutner had one goal when he attended the George Floyd protest in downtown Cleveland on May 30, 2020: to speak with passion about what needs to change in how police treat young Black men. Kaylee Remington spoke with Cutner in front of the Free Stamp that day about the death of Floyd. Nearly a year later, Cutner was shot and killed May 8 in Maple Heights, a month shy of his 30th birthday.

Questionable meeting: The Cleveland City Planning Commission held a last-minute meeting on Monday and did not make the same notifications they customarily do to let the public know it would take place, Eric Heisig reports. The commission did not put an agenda on the section of its website where it customarily posts them in advance of meetings, nor did it send a meeting notice to reporters. Instead, it placed a public notice on an area of its homepage where it does not regularly post such items.