Europe seeks to limit use of AI in society

The use of facial recognition for surveillance, or algorithms that manipulate human behaviour, will be banned under proposed EU regulations on artificial intelligence.

The wide-ranging proposals, which were leaked ahead of their official publication, also promised tough new rules for what they deem high- risk AI.

That includes algorithms used by the police and in recruitment.

Experts said the rules were vague and contained loopholes.

The use of AI in the military is exempt, as are systems used by authorities in order to safeguard public security.

those designed or used in a manner that manipulates human behaviour, opinions or decisions …causing a person to behave, form an opinion or take a decision to their detriment AI systems used for indiscriminate surveillance applied in a generalised manner
AI systems used for social scoring those that exploit information or predictions and a person or group of persons in order to target their vulnerabilities
European policy analyst Daniel Leufer tweeted that the definitions were very open to interpretation.

“How do we determine what is to somebody’s detriment? And who

assesses this?” he wrote.

For AI deemed to be high risk, member
states would have to apply far more
oversight, including the need to appoint
assessment bodies to test, certify and
inspect these systems.

And any companies that develop prohibited services, or fail to supply correct information about them, could face fines of up to 4% of their global revenue, similar to fines for GDPR breaches.

High-risk examples of AI include:

systems which establish priority in the dispatching of emergency services systems determining access to or assigning people to educational institutes recruitment algorithms those that evaluate credit worthiness those for making individual risk assessments crime-predicting algorithms Mr Leufer added that the proposals should “be expanded to include all public sector AI systems, regardless of their assigned risk level”.

“This is because people typically do not have a choice about whether or not to interact with an AI system in the public sector.”

As well as requiring that new AI systems have human oversight, the EC is also proposing that high risk AI systems have a so-called kill switch, which could either be a stop button or some other procedure to instantly turn the system off if needed.

“AI vendors will be extremely focussed on these proposals, as it will require a fundamental shift in how AI is designed,” said Herbert Swaniker, a lawyer at Clifford Chance.

Meanwhile Michael Veale, a lecturer in digital rights and regulation at University College London, highlighted a clause that will force organisations to disclose when they are using deepfakes, a particularly controversial use of AI to create fake humans or to manipulate images and videos of real people.

He also told the BBC that the legislation was primarily “aimed at vendors and consultants selling – often nonsense- AI technology to schools, hospitals, police and employers”.

But he added that tech firms who used AI “to manipulate users” may also have to change their practices.

With this legislation, the EC has had to walk a difficult tightrope between ensuring AI is used for what it calls “a tool… with the ultimate aim of increasing human wellbeing”, and also ensuring it doesn’t stop EU countries competing with the US and China over technological innovations.

And it acknowledged that AI already informed many aspects of our lives.

The European Centre for Not-for-Profit Law, which had contributed to the European Commission’s White Paper on AI, told the BBC that there was “lots of vagueness and loopholes” in the

“The EU’s approach to binary-defining high versus low risk is sloppy at best and dangerous at worst, as it lacks context and nuances needed for the complex AI ecosystem already existing today.

“First, the commission should consider risks of AI systems within a rights-based framework – as risks they pose to human rights, rule of law and democracy.

“Second, the commission should reject an oversimplified low-high risk structure and consider a tier-based approach on the levels of AI risk.”

The details could change again before the rules are officially unveiled next week. And it is unlikely to become law for several more years. 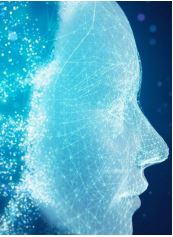 Hyperinflation in Lebanon continued in April as the country emerges from parliamentary elections that require the future government to put in place various reforms approved by the outgoing Cabinet, in order to secure $3 billion from the International Monetary Fund...