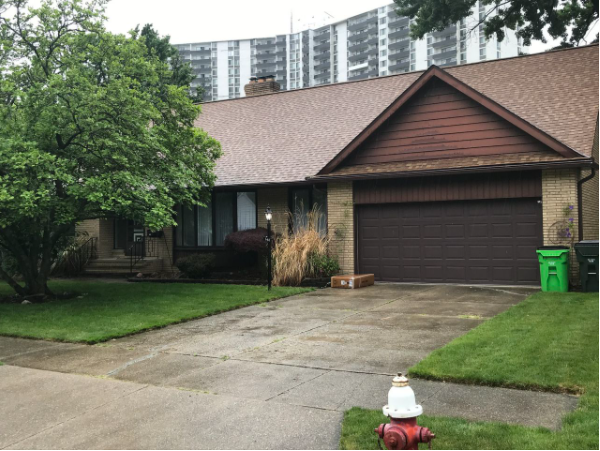 CLEVELAND, Ohio — A Cuyahoga County grand jury late Thursday handed up an indictment against the son of a Cuyahoga County judge accused of fatally shooting his wife in Euclid.

Omnisun Azali, 35, is charged with aggravated murder, murder, felonious assault, domestic violence and child endangering. He is free after posting 10 percent of a $1 million bond on Wednesday and is due back in court June 21 for his arraignment hearing.

Azali is accused of fatally shooting his wife, Mwaka Azali, 37, on March 26 inside their home on East 265th Street, north of Lakeshore Boulevard.

Defense attorney Jeffrey Saffold previously said his client shot his wife in self-defense and that they hoped to avoid a quick grand-jury proceeding.

“The grand jury process is entirely one-sided,” Saffold said Friday in a text message. “We had no opportunity to present evidence. Our time will come.”

The Summit County Prosecutor’s Office is handling the prosecution of the case and presented the case to the grand jury. Retired Visiting Judge John Haas of Stark County will preside over the case.

Omnisun Azali is a former U.S. Army soldier who served a tour in Iraq from 2006-2007 with a sniper platoon. He published a book in 2014 that aimed to help soldiers struggling to return to civilian life.

He worked as a project manager for Cleveland’s Water Pollution Control from January 2017 until he resigned in December. Cuyahoga County hired him in January as a senior IT Project Manager with a $92,000 annual salary.

Saffold said the shooting happened during an argument as Omnisun Azali was taking one of his children to the doctors. Saffold said his client tried to extricate himself from the argument but that his wife shot at him. He fired back in self-defense, Saffold said.

Mwaka Azali was shot three times in the head and face, according to court records.

Omnisun Azali did not call 911 after the shooting. Azali’s mother, Cuyahoga County Common Pleas Judge Cassandra Collier-Williams, called 911 and reported the shooting after her son drove to her house, according to court records. She told dispatchers that both her son and his wife might have fired shots at each other.

Euclid police detectives wrote in court records that they found fired bullet casings from two guns used in the shooting. Police found both guns and reported one malfunctioned after firing at least one shot.

Investigators searched the home and found two AR-15 rifles, body armor, hundreds of bullets and “documents associated with ‘sniper strategy,’” according to court records. Officers also reported finding a notebook in the home that included a drawing of a handgun pointed at what appeared to be a woman with severe head and facial injuries with the caption: “Boom, bang.”