Kings Island closes early after fights break out among guests 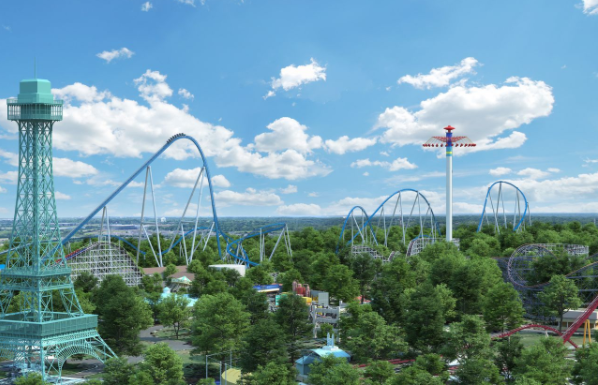 MASON, Ohio — Several fights broke out among guests Saturday inside Kings Island and in the parking lot, forcing the amusement park to close about 30 minutes early, reports say.

Police officers and troopers with the State Highway Patrol responded to the park because of “unruly guests, primarily juveniles,” WCPO Channel 9 reports. The patrol tells the Cincinnati Enquirer that several fights occurred during the afternoon, with a large fight occurring just before 10 p.m.

It’s unclear how many people were involved in the fights. No arrests were made.

Ryan Smith, who was at the park with his family, tells the Enquirer that it was “insanely crowded.” He said rides were fully staffed but restaurants and gift shops were not, and there were long lines for those that were open.

He tells the Enquirer that many teens and young adults in the crowd were being “aggresive.” “There were a lot of F-bombs. It felt rough.”

“On Saturday, the decision was made to close the park 30 minutes early due to unruly behavior and altercations involving a number of teenagers,” the statement says. “This behavior did not align with our park’s values, and was not the experience we want any guest to have while visiting Kings Island.”

A spokesperson for Kings Island tells the Enquirer that the park is adequately staffed for weekend operations, but is looking to hire more workers before it begins opening daily.