A higher percentage of Ohio adults report struggling to have enough food to eat than the state has seen for more than a year, according to new data from the U.S. Census Bureau Household Pulse Survey.

From June 1 and June 13, 11.9% of Ohioans reported that they didn’t have enough food in their household at least once over the course of a seven-day period, amounting to 937,413 households, nearly a percentage point above the national average of 11.1%.

The June survey marked the highest percentage of Ohio households struggling to have enough to eat since February 2021, when 16.5% of homes in the state reported a lack of food. This is now the eighth-highest week of food insecurity since the beginning of the Household Pulse Survey in April 2020.

Food insecurity in the state has been steadily rising all year. Only 7.4% of households reported difficulty obtaining enough food over a week in January. This increase correlates with the significant increase in staple food prices in 2022.

“Inflation is definitely one challenge that is affecting everybody,” said Jessica Morgan, chief programs officer at Greater Cleveland Food Bank. “The increase in people that we’re serving and the direct correlation of inflation peaks that have happened tells a story right there.”

For the Greater Cleveland Food Bank, the demand for food assistance is 11% above pre-pandemic levels.

In Ohio, the cost of groceries has increased by 12%, according to a May report from Feeding America. Lower-income households can be spending nearly one-third of their budget on food, a problem that will worsen as safety nets continue to be cut.

The Advance Child Tax Credit, which provided families with monthly payments of up to $300 per child age 17 or younger, last issued payments in December 2021. Since then, the poverty rate for children in the U.S. has begun to increase again, according to a study from Columbia University.

Additionally, Supplemental Nutrition Assistance Program (SNAP) benefits, which in 2021 have been dolled out at maximum amounts to all who were eligible and applied, may revert to pre-pandemic levels once the pandemic state of emergency is lifted, which Morgan says could happen by the fall of this year.

More than 60% of Black Cleveland residents are on SNAP, more than every other race combined, despite making up only about 13% of the population.

The combination of losing these benefits and rising costs due to inflation   will likely mean that food-insecure households will continue to grow, outpacing the previous year, and infringe on levels last seen in the first year of the pandemic. 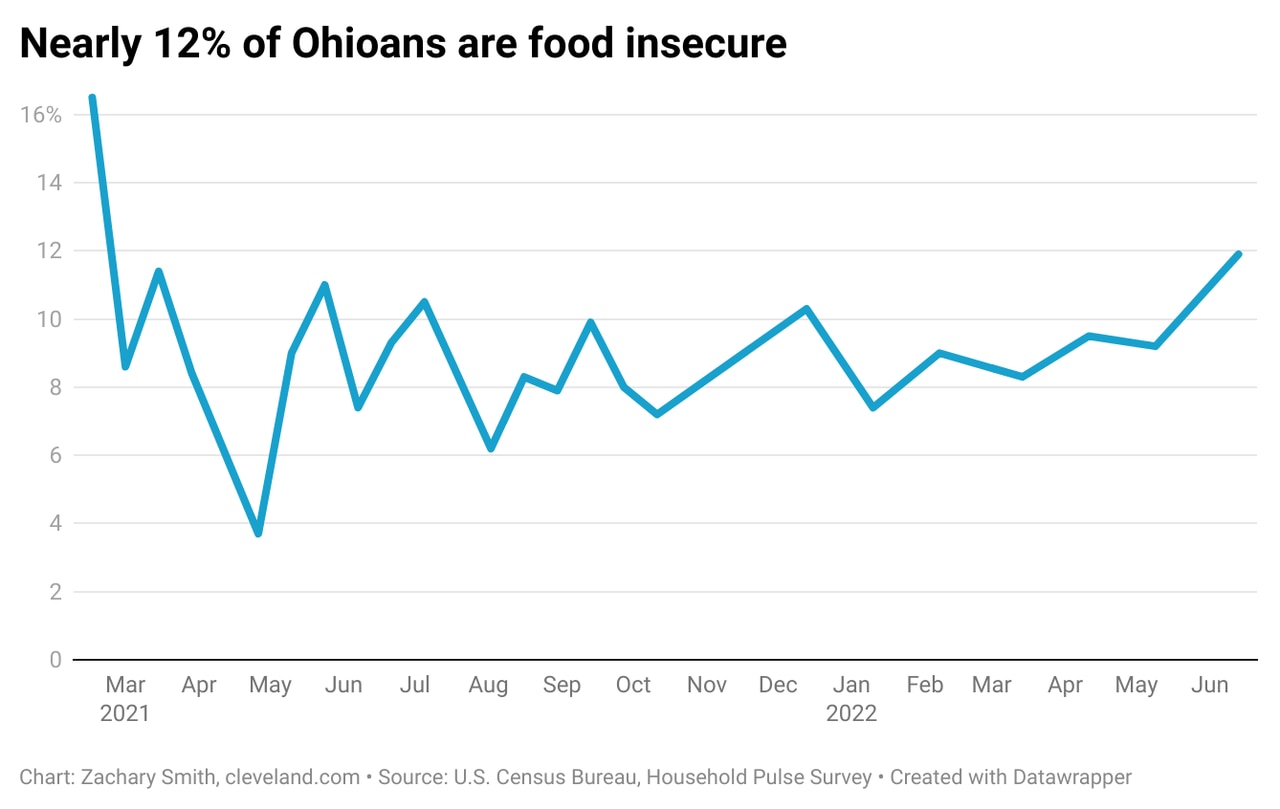 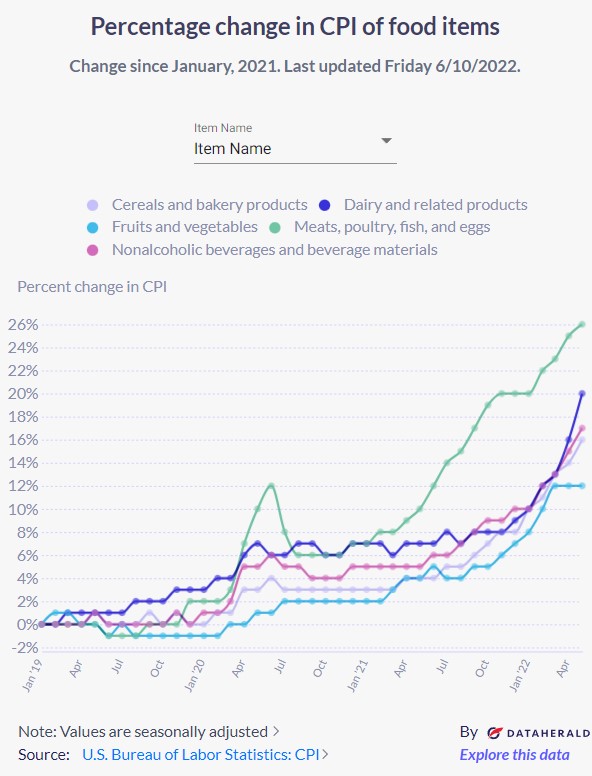