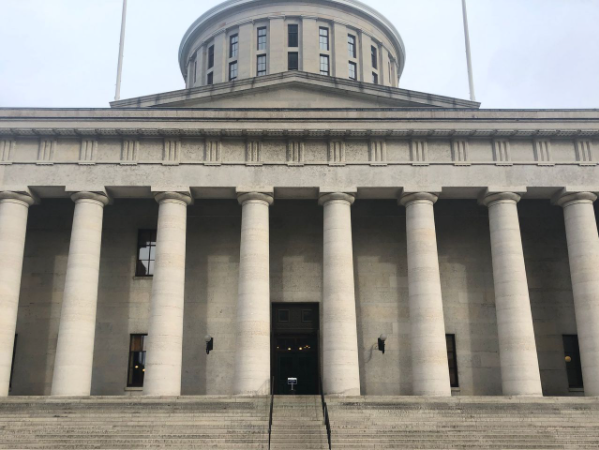 CLEVELAND, Ohio – The Ohio House of Representatives voted 63 to 31 Wednesday to approve legislation that clarifies where workers will pay municipal income taxes in the future and could have broad implications for the financial health of cities across the state.

House Bill 157 was prompted by changes in work habits brought on by the pandemic. In early March of 2020, Gov. Mike DeWine ordered Ohioans to stay home and work remotely unless it was essential for them to report to their job sites.

Weeks later the General Assembly passed legislation that allowed businesses to continue withholding income tax from their employees’ paychecks as if those employees were continuing to work where their offices are located.

The emergency law was requested by businesses concerned that changing withholding practices on short notice would create an accounting hassle. But it also mollified concerns of municipalities worried they would lose large chunks of the income tax revenue that they have come to depend on.

House Bill 157 allows companies to continue withholding municipal income taxes as they have under the emergency law, but only through the rest of 2021, and on a voluntary basis, Derek Merrin, a Republican from Monclava, said last week after the bill moved from the Ways and Means Committee that he chairs.

Starting in 2022, companies will be required to withhold taxes as they did prior to the pandemic, based on where employees actually perform their work, Merrin said.

The Ohio Municipal League opposes the bill because it allows for employees to seek refunds for tax year 2021, when it’s the league’s contention that the emergency law passed last year doesn’t allow for that, league spokesperson Ashley Ringle said prior to the vote.

House Bill 157 does not affect what happened in 2020, since that is a closed tax year. The courts will determine if workers who paid 2020 taxes to a city in which they did not work will be entitled to a refund.

Jay Carson, an attorney with the conservative Buckeye Institute, which has filed lawsuits challenging the emergency law, said cases are pending in Cuyahoga, Hamilton and Lucas counties. A lawsuit in Franklin County was dismissed and is now on appeal.

Rep. Beth Liston, a Democrat from Dublin, said during debate prior to the vote that many cities have set budgets based on expected revenue and now are going to have to make damaging cuts as a result.

Cities across the state stand to suffer steep declines in income tax revenue as changing work habits are likely to become permanent. The problem could be profound for work centers such as Cleveland, Solon, Beachwood and Mayfield, prompting major budgeting changes.

Cleveland levies a 2.5% income tax on workers, and 85 percent of the money collected comes from workers who live beyond the city limits.

Lisa Sobecki, a Democrat from Toledo, issued a written statement following the vote.

“After a decade of budget cuts to local communities, Republicans are looking to pull the rug out from under communities again with this bill that will decimate local government resources,” she stated. “HB 157 will force cities and townships alike to make some tough choices on whether to fund the services essential to our daily lives, from police, fire and emergency services to parks and road repairs.”

Rep. Bill Seitz, a Republican from the Cincinnati area, rose prior to the vote to say last year’s emergency legislation was a temporary accommodation that cities have now turned into a “claim of entitlement.” He then proceeded to read lyrics from the Beatles tune “Taxman.”

Merrin said last week that he is sympathetic to the plight of cities losing revenue but said it would be unconstitutional in his view to allow them to continue to collect taxes from people who don’t live or work there.

“People are not working in large urban areas anymore and there’s nothing the legislature can do about that,” he said.