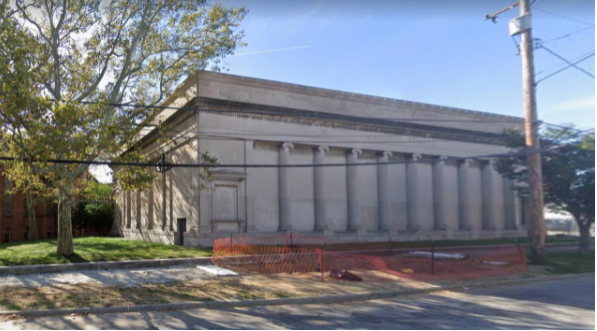 CLEVELAND, Ohio – A company developing a rock-climbing gym and fitness center in an old Masonic Temple in Ohio City plans to take advantage of green energy to heat, cool and power the building.

A Cleveland City Council panel on Tuesday approved a special tax assessment for the site that will enable the company to finance green energy projects at the building.

If implemented, the assessment would allow the property taxes that it generates to be applied toward loans to pay for the energy projects, Cleveland’s Director of Economic Development David Ebersole told the council’s Development, Planning and Sustainability Committee.

“In general, the financing proposition is that the investment you are making is going to save you costs on the operations side,” Ebersole said. “Even though you’re adding this special assessment to your taxes, your costs of operation are lower overall.”

The company plans to spend about $500,000 on LED lighting, roof enhancements and energy efficient controls for heating, ventilation and air conditioning systems.

The special assessment is an often-used development tool because it helps developers get low-interest loans and, in exchange, lenders get a guaranteed means of repayment, Ebersole said. He expects Cleveland Rocks will be able to borrow construction money at an annual interest rate of 3.5%.

Cleveland, in approving the special assessment, would serve as a pass through, funneling the taxes collected from Cleveland Rocks to whomever finances the project. No city revenues would be involved in the project.

The ordinance for the special tax assessment could get final approval from the City Council next week. Mayor Frank Jackson’s signature would be needed to implement the legislation.

The roughly 42,000-square-foot building located on the south side of Franklin Boulevard just east of West 28th Street would primarily house a gym for rock climbing, Ebersole said. The remainder of the space will be occupied by various other fitness facilities, including a yoga studio, and office space and commercial “makerspaces” for entrepreneurs.

Councilman Kerry McCormack said the plan is a welcome change for a building that has been idled for some time.

“This is a former Masonic Temple that has been in not great shape for a while,” McCormack said.

A few years ago, a developer proposed creating a 30,000 square foot bar in the building, but the community fought off that project.

“Thankfully, that did not happen,” McCormack said.

“We’re fully supportive of this use,” he said. “It’s a family friendly use that will take a really tricky building … that needs a ton of work and rehab it for a really positive use.”