When President Donald Trump learned his attorney general had publicly rejected his election fraud claims, he heaved his lunch at the wall with such force that the porcelain plate shattered and ketchup streamed down.

On the morning of Jan. 6, 2021, consumed by crowd size concerns, he directed staff in profane terms to remove metal detectors he thought would slow down supporters who’d amassed in Washington for a speech. Never mind that some were armed — they weren’t there to hurt him, he said.

And later that day, irate at being driven back to the White House instead of the Capitol, Trump uttered words to the effect of, “I am the f’ing president. Take me up to the Capitol now” and grabbed at the steering wheel of the presidential vehicle.

Trump’s volcanic temper has been the stuff of lore throughout his career in business, but during his presidency it has rarely been described with such evocative detail as in the testimony Tuesday of Cassidy Hutchinson,  a junior White House staffer whose proximity to the-then president and top aides that day gave her a remarkably close view.

Hutchinson offered previously unknown details   about the extent of Trump’s rage in his final weeks of office, his awareness that some supporters had brought weapons with them and his ambivalence as rioters later laid siege to the Capitol.

The testimony came as the Justice Department expands its investigation into the insurrection and deepened, but did not resolve, questions about whether Trump himself could face criminal charges for his conduct. Though Attorney General Merrick Garland has given no hint about whether his department will bring a criminal case against Trump, some legal experts said Hutchinson’s testimony could give prosecutors additional facts to pursue.

Potentially problematic for Trump could be his urging on the morning of Jan. 6, 2021, to take down metal-detecting magnetometers that he thought would slow down supporters who’d gathered for a rally near the White House.

Upset that some in the crowd might not get to see him, Trump, according to Hutchinson, said words to the effect of, “I don’t care that they have weapons. They’re not here to hurt me. Take the f’ing mags away. Let my people in. They can march to the Capitol from here.” “Mags” refers to magnetometers.

“A congressional hearing is not a court of law, but if this isn’t powerful evidence that he wasn’t just aware of the possibility of violence on the 6th but that he actively wanted to encourage it, I’m not sure what is,” said Stephen Vladeck, a University of Texas law professor.

Whatever any outcome related to a criminal proceeding, the disclosures come as Trump is laying the groundwork for another presidential run  in 2024. Aides have been debating the merits of when he should announce his intentions.

Looking to blunt negative publicity surrounding Hutchinson’s testimony, Trump issued statements Tuesday on his social media platform calling her accounts of his behavior “fake” and denying that he had requested “that we make rooms for people with guns to watch my speech.”

Trump is well-practiced at marginalizing his critics and accusers, but Hutchinson’s well-calibrated testimony will test that power anew.

Tuesday’s hearing, the sixth by the House committe investigating the insurrection, was accompanied by suspense even before it began. It was hastily announced on Monday, but the committee did not reveal the identity of the witness until Hutchinson entered the room.

While prior hearings have involved clusters of witnesses who have recounted pressure campaigns on the Justice Department, or on local election officials, to overturn the election results, Tuesday’s hearing involved a singular narrator with an easy-to-follow tale sprinkled with had-to-be-there color. Some anecdotes she witnessed herself. Others she heard second-hand.

She recalled, for instance, being in the White House on the afternoon of Dec. 1, 2020, when she heard noise coming from down the hallway. Trump, it turned out, had just learned of an interview Attorney General William Barr had given to The Associated Press  in which Barr said the Justice Department had not found widespread fraud sufficient to alter the outcome of the election.

Inside the dining room was a shattered porcelain plate on the floor, apparently thrown in anger by the president. Ketchup streamed down the wall. Hutchinson says she grabbed a towel to wipe it off.

She says she later heard about a separate episode on the afternoon of Jan. 6 when Trump tried to grab at the steering wheel of the presidential vehicle so that it would take him to the Capitol and not to the White House. He was, he said, “the f’ing president.” Trump was directed to take his hand off the wheel. The story drew pushback after the hearing, with a person familiar with the matter saying the agent who was driving the vehicle and another official were prepared to testify under oath that Trump never lunged for the wheel.

In that instance and others, according to the testimony, the president’s will did not always prevail and Hutchinson detailed aides’ best efforts to rein in Trump’s worst impulses. The morning of Jan. 6, for instance, White House counsel Pat Cipollone cautioned Hutchinson that if Trump did go to the Capitol to intervene in the certification of the election, “We’re going to get charged with every crime imaginable if we make that movement happen.”

Whether the Justice Department thinks it has a case against the president, especially one that could further divide an already polarized nation, remains an open question. But there’s also no doubt that the investigation is expanding far beyond the rioters themselves, with law enforcement officials last week serving a wave of subpoenas across the country to state elections officials.

“When you have witnesses who are in these conversations, who are in these rooms, who are actively participating in the high-level discussions of Jan. 6, it seems to me that one of two things has to be true: either they’re lying, or President Trump and a lot of people close to him are in serious jeopardy,” Vladeck said. 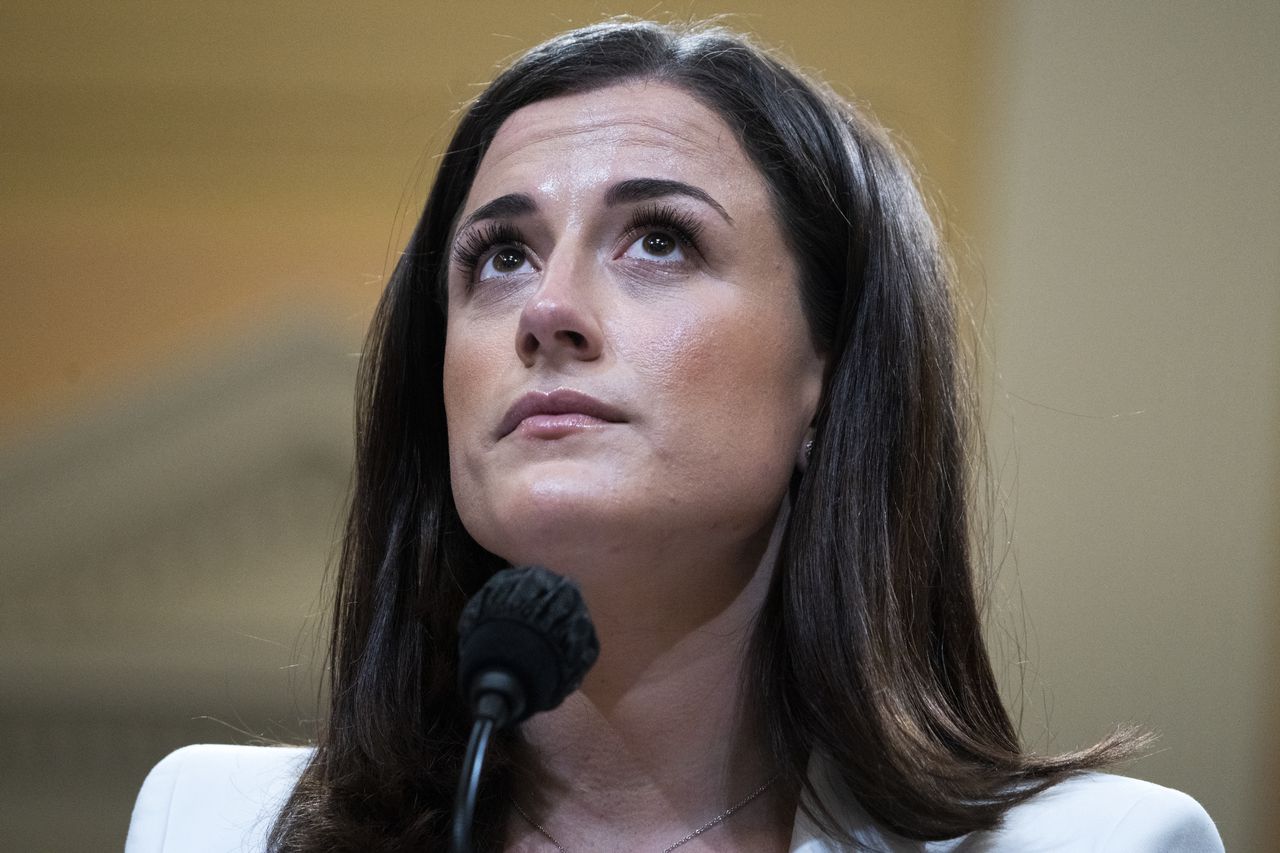