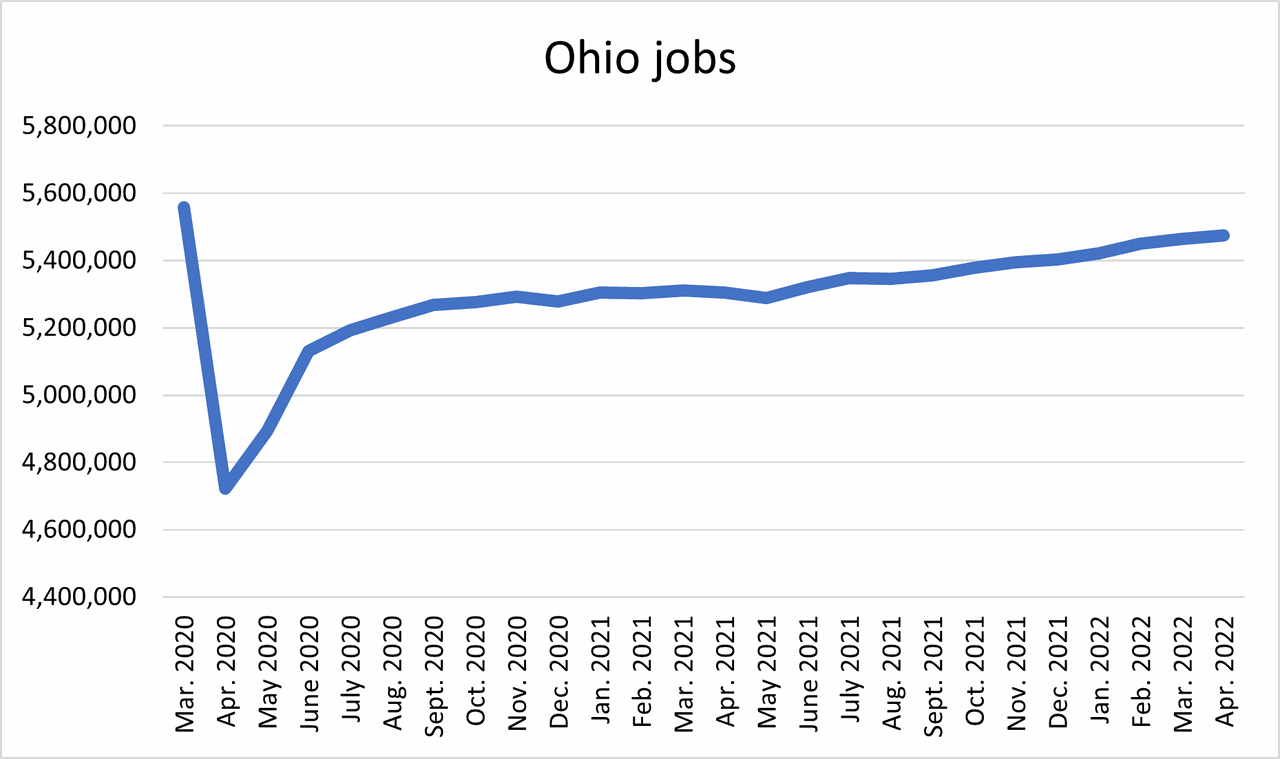 Ohio, like the rest of the U.S, saw huge job losses in April 2020, the first full month after the COVID-19 pandemic hit the state’s economy. Two years later the state is still catching up.

Ohio added 9,500 jobs in April, bringing the state’s total employment to 5,473,900 – yet still 136,000 jobs short of prepandemic levels in February 2020, according to the Ohio Department of Job and Family Services. The unemployment rate was 4% last month.

At the worst point two years ago, Ohio reported 4,721,400 jobs and a 16.4% unemployment rate. The state lost 836,700 jobs in a single month, according to numbers from ODJFS and the U.S. Bureau of Labor Statistics.

Researchers with both Policy Matters Ohio and The Buckeye Institute said Ohio could regain all the jobs it lost during the pandemic by the end of the year. But both also pointed to growing inflation as something that could slow the recovery down.

Ohio’s labor force participation rate is slightly up, at 61.8% in April versus 61.7% in March.