First and foremost, the Lebanese dancing troupe Mayyas, who have just won the 17th season of America’s Got Talent, should be applauded for their remarkable artistry.

Over the past few weeks they have mesmerised an audience that spans the globe, with some of the most remarkable dancing ever to have graced the stage of America’s Got Talent. For Tuesday’s final, they performed an impeccable sequence in white feathered outfits and sparkling globes of light, to standing ovation.

From the beginning it was clear the group was something special. The video of their final performance on the official America’s Got Talent YouTube channel racked up more than a million views in a day. Their first audition, which took place in June, currently stands at more than 17m views.

They deserve each one. It is astonishing to see such levels of co-ordination in a group made up of so many dancers. It is in large part due the work of their choreographer and founder Nadim Cherfan. As must always be the case in talent shows of this kind, it is the long, often difficult journey of the act that wins them fans. Mr Cherfan’s is just that. He started dancing when he was 14, honing his skills across the world’s studios before he came back to Lebanon to start the group in 2012.

The fact the group comes from Lebanon, a country struggling with so many challenges, makes this achievement even greater. Each of its many members will have been touched in some way by the crisis in which the country now finds itself. Their success is an important reminder of what young people can still overcome in the face of huge difficulty. Underneath their most watched YouTube video, a comment that received 10,000 likes reads: “I’m Lebanese and with everything going on in the country, this was such an incredible moment to be a part of and see. Truly proud of the culture and representation these girls hypnotised us with. Well-deserved golden buzzer!”

The group may have taken the world by storm, but the struggles of their country, however dramatic, rarely get the same level of attention globally. To look at other headlines from Lebanon this week is to see quite how important a good news story is. For the second time in a month a bank has been held up at gun point with hostages inside. While they are the wrong course of action, they are not simple acts of criminality. The gunmen and women have been asking to withdraw their own savings, as credit controls due to the economic crisis limit the amount of money people can access. Both have said that they need the money to pay for medical treatment of family members.

This week, The National also covered the lifelong lung damage being done to people in the country due to the burning of knockdown fuel, the only cheap option left to stave off power cuts.

Back in the US, the shows lead judge, Simon Cowell, said the performance was “astonishing”. “Something has happened with you where I’m beginning to feel a buzz beyond the show. This has landed. It is global. It is huge. I don’t think you can top that.” He is right. Art flourishes in tough circumstances. One of the troupe said in an interview that being “on the biggest stage in the world” was their “only chance to prove to the world what Arab women can do, the art we can create, the fights we fight”.

Now, through their hard work, Mayyas have a platform on the global stage to raise awareness about Lebanese issues and the remarkable strength of the country’s people. 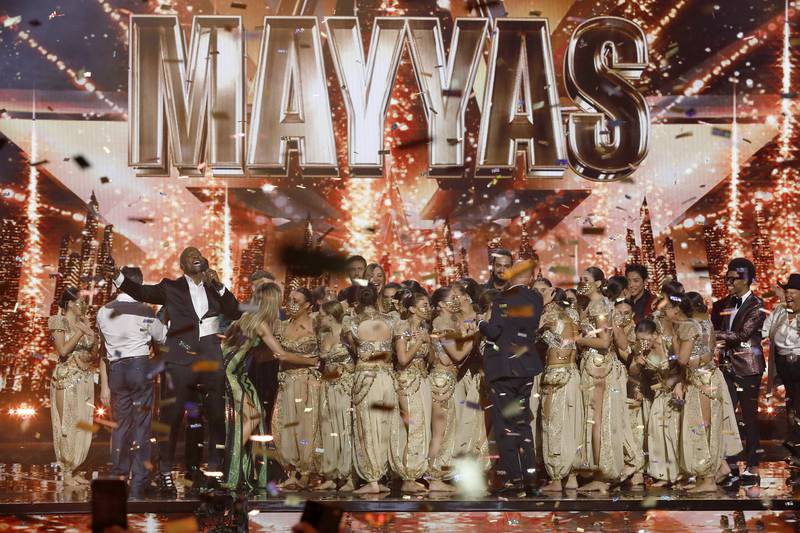 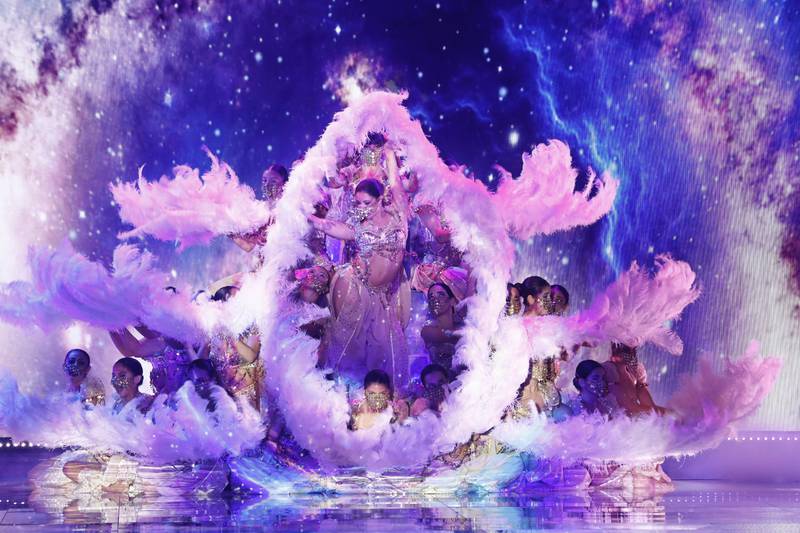