There’s a shortage of truckers, but TuSimple thinks it has a solution: no driver needed  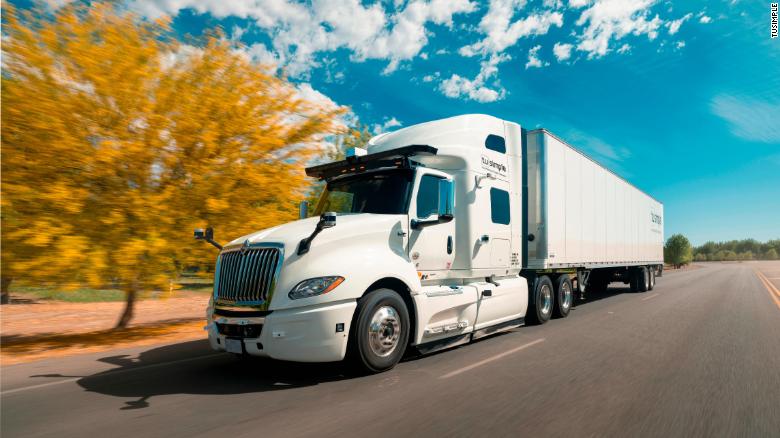 TuSimple has completed about 2 million miles of road tests with its autonomous trucks.

(CNN)Right now, there’s a shortage of truck drivers in the US and worldwide, exacerbated by the e-commerce boom brought on by the pandemic.

One solution to the problem is autonomous trucks, and several companies are in a race to be the first to launch one. Among them is San Diego-based TuSimple.
Founded in 2015, TuSimple has completed about 2 million miles of road tests with its 70 prototype trucks across the US, China and Europe. Although these are simply commercially available trucks retrofitted with its technology, TuSimple has deals in place with two of the world’s largest truck manufacturers — Navistar in the US and Traton, Volkswagen’s trucking business, in Europe — to design and build fully autonomous models, which it hopes to launch by 2024. 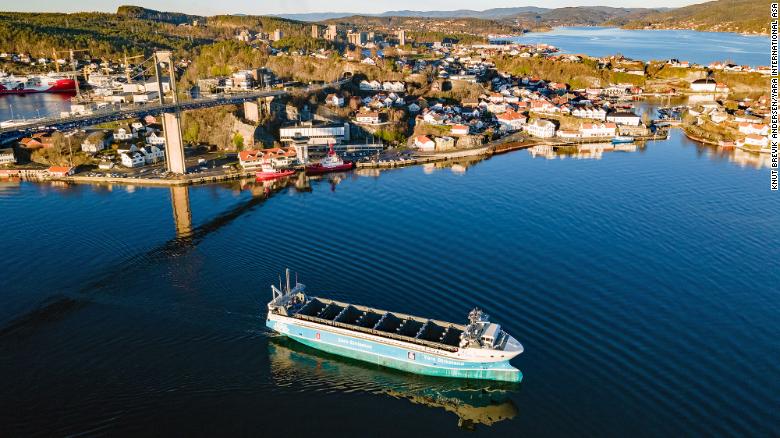 Photos:
The Yara Birkeland is what its builders call the world’s first zero-emission, autonomous cargo ship. The ship is scheduled to make its first journey between two Norwegian towns before the end of the year. Click through to see more forms of transport set to transform the future.

TuSimple’s latest road test involved hauling fresh produce 951 miles, from Nogales, Arizona to Oklahoma City. The pickup and the dropoff were handled by a human driver, but for the bulk of the route — from Tucson to Dallas — the truck drove itself.
“Today, because the system is not fully ready, we have a safety driver and a safety engineer on board at all times when we’re testing, but we drove in full autonomy: the driver wasn’t touching the wheel,” said Cheng Lu, TuSimple’s president and CEO.
The journey was completed in 14 hours versus the usual 24 with a human driver, mostly because a truck doesn’t need to sleep. “In the US, a driver can only work 11 hours a day. We simply had a handoff when our first pair of drivers had to stop because they reached their 11 hours of operation,” said Lu. That, of course, negates the advantage of an autonomous system, so the idea is that once TuSimple’s trucks hit the market, there will be no need to have anyone onboard. 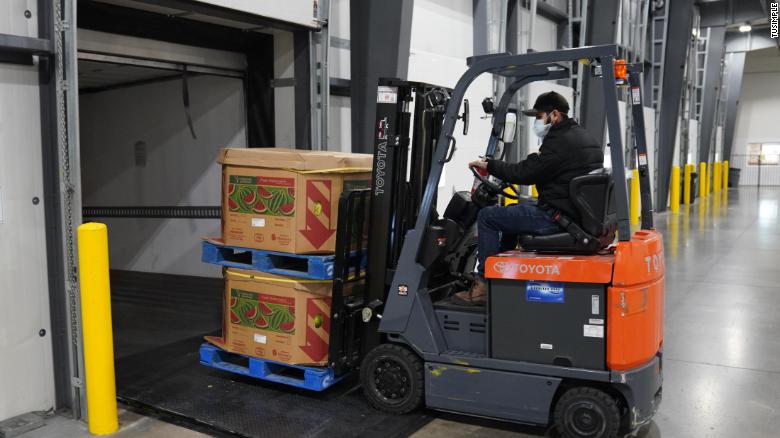 Picking up the watermelons still required the human touch.
Unlike self-driving cars, which are a still a way from being commercially available, TuSimple trucks won’t be required to operate in bustling city traffic, but only on stretches of highway that have been thoroughly mapped via the company’s own software.
“We collect data from the roads, and we create this very detailed, high definition map of each route. That adds another layer of safety for the vehicles,” said Lu. As a result, TuSimple’s trucks will only be able to self-drive along these pre-mapped trade corridors, which Lu calls “virtual railroads,” and nowhere else.
According to the company, in the US 80% of goods travel through just 10% of the nation’s trade corridors, so even selective mapping allows for capturing a large portion of the business. TuSimple is currently mapping routes between Arizona and Texas, and plans to have mapped routes across the nation by 2024.
Its plans are dependent on state legislation, however, because currently some states do not allow for testing of autonomous trucks on public roads.

The technology will add about $50,000 to the cost of a truck, making the final price roughly $200,000. According to Lu, that’s still cheaper than paying for a human driver.
“If you take $50,000 and divide it by 1 million miles, the average lifespan of a truck, that means you’re adding five cents per mile. But you’re saving the cost of a human driver, which based on average US wages is about $80,000 to $120,000 per year — or 80 cents to $1.20 per mile. Today, the direct labor cost is about 50% of the cost of operating a truck,” he said.
Read: A robotic ‘Ironhand’ could protect factory workers from injuries
That doesn’t mean driverless trucks will take away jobs, according to Lu. By focusing on the “middle mile,” rather than on the pickup and delivery of the goods, TuSimple believes it can create new freight capacity without creating new demand for drivers, while at the same time protecting existing jobs. “A UPS driver is dropping off 200 packages a day — that’s not what autonomy is meant for. We believe that every driver will be able to retire as a driver, even if they enter the workforce today,” said Lu. 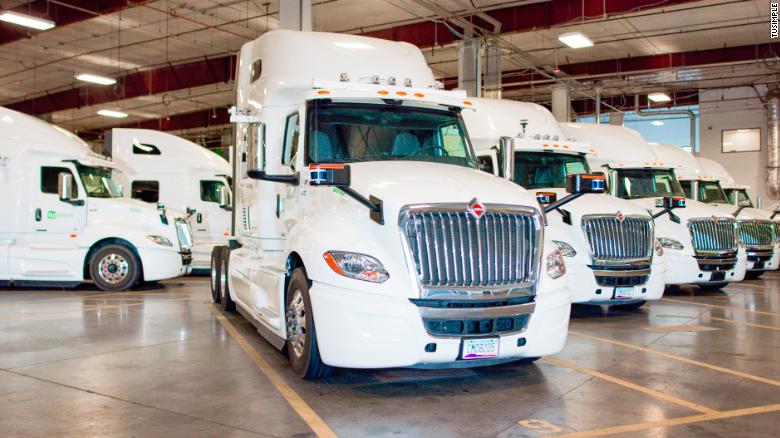 TuSimple’s autonomous fleet.
Instead, TuSimple aims to take over the routes between terminals and distribution centers, which involve long stretches of monotonous driving.
“Take Phoenix to El Paso: that’s a six-hour drive. A person cannot make the round trip, because it’s more than 11 hours. But the truck can go back and forth all day, the most mundane job that drivers don’t want to do. That means you free up that human driver to do the first and the last mile (pickup and delivery).They get to work a full day, which is a more efficient use of their time, and they get to go home at night to their family,” said Lu.

Although Lu says that the reliability of both the software and the hardware still needs to be increased, TuSimple is planning its first fully autonomous tests, without a human safety driver in the cabin at all, before the end of the year. The results of such tests will indicate whether the company can meet its goal to launch its own trucks by 2024. Lu says that 7,000 have been reserved in the US alone.
TuSimple has prominent competitors, such as Google spinoff Waymo and Uber-backed Aurora, but those are working on a wider range of self-driving vehicles, including passenger cars. TuSimple is working exclusively on driverless trucks, like US companies Plus and Embark.
Grayson Brulte, an autonomy expert at consulting firm Brulte & Co., believes TuSimple is on the right track. “The biggest competitive advantage that TuSimple has over its competitors is that their technology was purpose-built for trucking. They’re not trying to port an autonomy system built for passenger vehicles in dense urban environments to trucking or to build a virtual driver which can both drive passenger vehicles and class-8 trucks. These are different skills and different systems altogether,” he said.
Removing the human element on long trucking routes has other benefits. The company says its trucks react 15 times faster than human drivers, and can see farther down the road, even at night.
“In the US every year there are about 5,000 fatalities involving trucks, and most are due to human error,” said Lu. “The truck doesn’t get tired, doesn’t watch a movie or look at a phone. It doesn’t get distracted.”