NEW INFLATION DEVELOPMENTS ARE RATTLING MARKETS AND ECONOMISTS. HERE’S WHY.

When inflation began to accelerate in 2021, price pressures were clearly tied to the pandemic: Companies couldn’t produce cars, couches and
computer games fast enough to keep up with demand from homebound consumers amid supply chain disruptions.

But now, as those sources of inflation show early signs of fading, the question is how much overall price increases will abate. And the answer is likely to be driven in part by what happens in one crucial area: the labor market. Federal Reserve officials are laser-focused on job gains and wage growth as they quickly raise interest rates to constrain the economy and slow rapid price increases. Officials are convinced that they must sap the economy of some of its momentum to wrestle the worst inflation in four decades back down to their goal of 2 percent.

The way they do that is by slowing spending, hiring and wage gains — and they do that by raising the costs of borrowing. So far, a pronounced cool-down is proving elusive, suggesting to economists and investors that the central bank may need to be even more aggressive in its efforts to temper growth and bring inflation back down.

As data this week showed, prices continue to soar. And, while the job market has moderated somewhat, employers are still hiring at a
solid clip and raising wages at the fastest pace in decades. That continued progress seems to be allowing consumers to keep spending, and it may give employers both the power and the motivation to increase their prices to cover their climbing labor costs. As inflationary forces chug along, economists said, the risk is rising that the Fed will clamp down on the economy so hard that America will be in for a rough landing — potentially one in which growth slumps and unemployment shoots higher.

It is becoming more likely “that it won’t be possible to wring inflation out of this economy without a proper recession and higher unemployment,” said Krishna Guha, who heads the global policy and central bank strategy team at Evercore ISI and who has been forecasting
that the Fed can cool inflation without causing an outright recession. The challenge for the Fed is that, more and more, price increases appear to be driven by long-lasting factors tied to the underlying economy, and less by one-off factors caused by the pandemic or the war in Ukraine.

Yet, in spite of those positive developments, quickly rising costs across a wide array of products and services helped to push prices higher on a monthly basis.

Rent, furniture, meals at restaurants and visits to the dentist are all growing more expensive. Inflation climbed 8.3 percent on an annual basis, and picked up by 0.1 percent from the prior month.The data underscored that, even without extraordinary disruptions, so many products and services are now increasing in price that costs might continue ratcheting up.

Core inflation, which strips out food and fuel costs to give a sense of underlying price trends, reaccelerated to 6.3 percent in August after easing to 5.9 percent in July. “Inflation currently has a very large underlying component that is grounded in a red-hot labor market,” said Jason Furman, an economist at Harvard University. “And then, in any given month, you may get more inflation because of bad luck, like gas going up, or less because of good luck, like gas going down.”

He estimated that core inflation would continue to climb at around 4.5 percent, and rising, even if pandemic- and war-related disruptions stopped pushing prices higher.

For now, inflation provoked by war and supply chain disruptions isn’t entirely behind the United States — fighting in Ukraine continues and
a railroad strike that threatened to roil critical American transit lines was narrowly avoided on Thursday with a tentative deal. But there are hopeful signs that both are beginning to dissipate. Supply chains have started to unsnarl, and commodity prices for oil and some grains have dipped after surging amid Russia’s invasion of Ukraine.

It can be the result of rising consumer demand. But inflation can also rise and fall based on developments that have little to do with economic conditions, such as limited oil production and supply chain problems.

It depends on the circumstances. Fast price increases spell trouble, but moderate price gains can lead to higher wages and job growth. 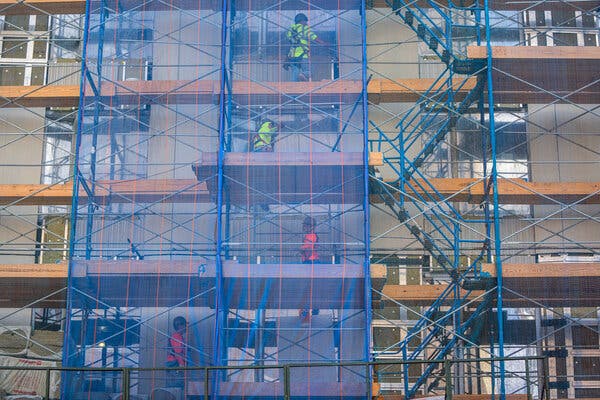