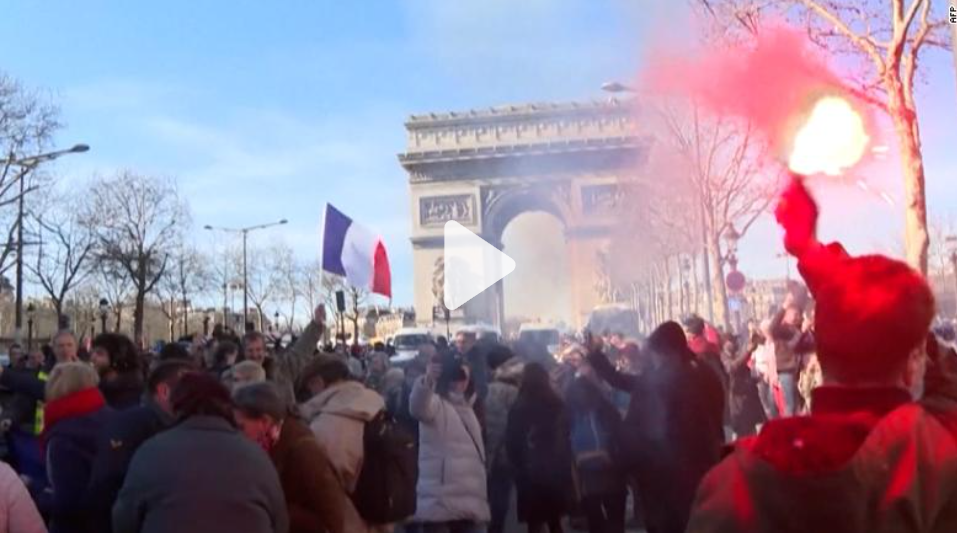 Paris (CNN)Protesters in a so-called “Freedom Convoy” made it past police checkpoints in central Paris on Saturday, with demonstrators completely blocking traffic in the French capital before they were met with tear gas fired by officers.

The rallies against France’s Covid-19 vaccine pass follow Canada’s “Freedom Convoy,” which has seen truckers protesting against vaccine mandates, Covid-19 restrictions and the Liberal government of Prime Minister Justin Trudeau.
Authorities in Paris and Brussels announced a ban on the convoys Thursday, after which 7,200 police officers and gendarmes — French military police — were deployed to various locations across the French capital for three days.
A map produced by the French convoy organizers showed a plan for protesters to come across the country along five main routes toward the city. It also highlights the demonstrators’ plans to then drive north to Brussels, Belgium’s capital.
The protesters largely blocked traffic on Saturday around the Arc de Triomphe junction, and were waving French flags from their trucks and cars.
The Arc de Triomphe is a common entry point into central Paris at the end of the famous Champs-Élysées avenue. Motorcycles and small cars were still managing to get through the traffic, and a unit of riot police moved to disperse protesters.
In response to the block, some protesters were dispersed with tear gas, according to CNN affiliates BFMTV and M6. Footage from BMFTV shows police throwing tear gas canisters on the Champs-Élysées.
As of 3:15 p.m. local time (9:15 a.m. ET), 14 people had been arrested, according to the Paris Police Prefecture. Several units of riot police remain in the Champs-Élysées area. 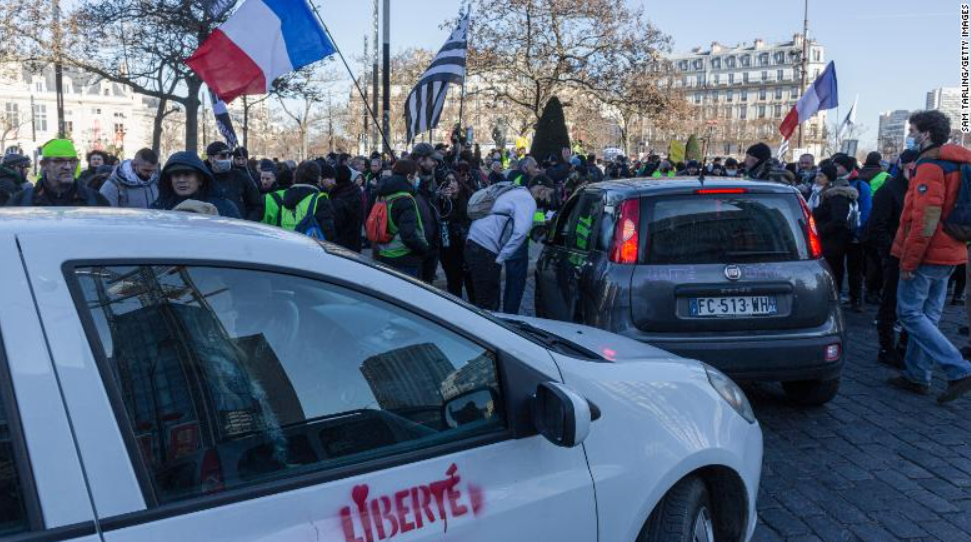 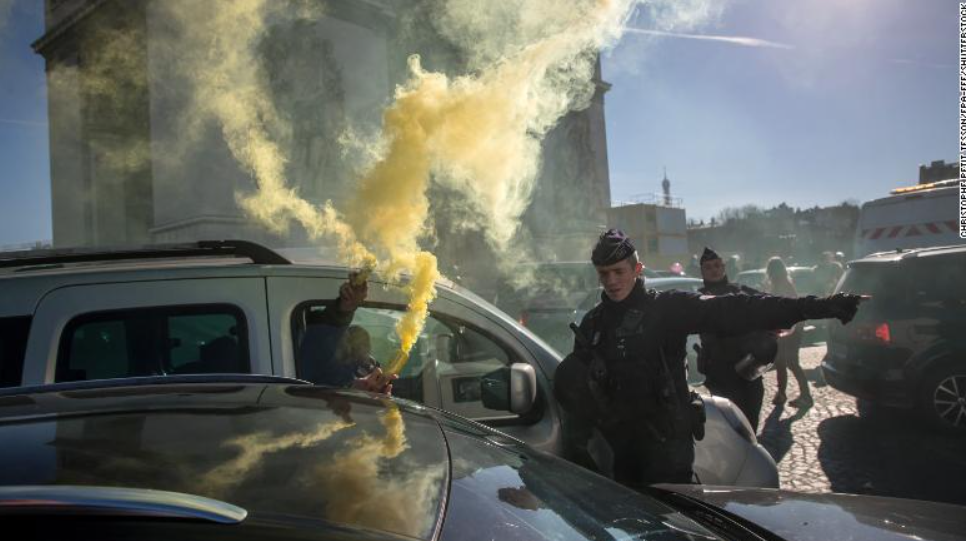