Rajesh and Atul Gupta, wanted in South Africa for their alleged involvement in a massive corruption scheme, are awaiting extradition after being arrested in the United Arab Emirates where they are believed to have sought refuge since 2018.

The Guptas are deeply implicated in corruption allegations during the tenure of former South African president Jacob Zuma. The brothers and their families left South Africa for the UAE when Zuma resigned in 2018.
Dubai police confirmed on Tuesday that they arrested the pair on June 2, calling them “among South Africa’s most wanted suspects.” 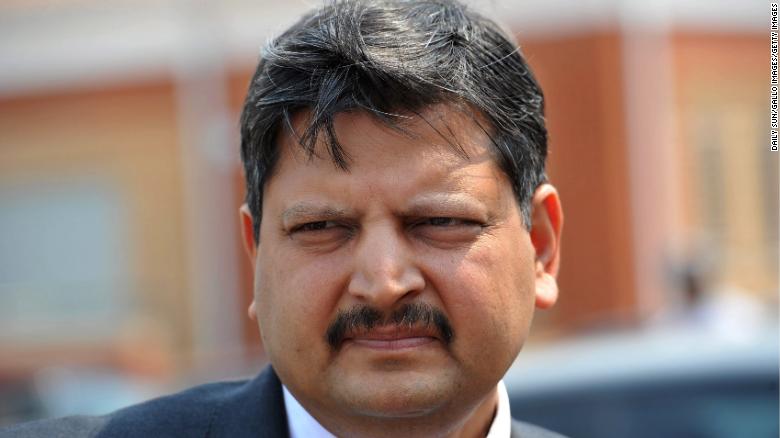 Atul Gupta pictured on September 27, 2010, in Johannesburg, South Africa.
Both Zuma and the Guptas, through their lawyer, have repeatedly denied the allegations.
Interpol, now headed up by UAE police chief General Ahmed Naser al-Raisi following his election last year, had issued a red notice for the Guptas relating to fraud and money laundering charges earlier this year.
Extradition is a complex process, South Africa’s National Prosecuting Authority told CNN on Tuesday, but officials are engaging with relevant authorities in South Africa and the UAE.
Dubai Police said in a press release that they are coordinating with authorities in South Africa for “the extradition file to complete the legal procedures.
South Africa ratified extradition treaties with the UAE in June last year, according to the Ministry of Justice and Correctional Services.
The Guptas and their associates are also sanctioned by the US Treasury Department as a significant corruption network, and for leveraging their “political connections to engage in widespread corruption and bribery, capture government contracts, and misappropriate state assets.”
South Africans have heard details of some of the allegations during months of testimony in a graft inquiry known as the “Zondo Commission.”
Details of alleged corruption were first revealed in November 2016, when a 355-page “State of Capture” report was published by South Africa’s Public Protector.
It contains allegations, and in some instances evidence, of cronyism, questionable business deals and ministerial appointments, and other possible large-scale corruption at the very top of government.