The leader of a Palestinian village council in the West Bank vowed Friday to continue fighting eviction from land the Israeli military is claiming as a firing range, despite an Israeli Supreme Court decision against the Palestinians in a case that has been in court for more than two decades.

“We will all resist and stay in our lands; we have no other place to go to,” Masafer Yatta council leader Nidal Abu Younis told CNN on Friday.
“Israel is seeking, through these attempts, to separate the villages in the Hebron Mountains from the northern Negev in the occupied lands, and break families’ ties,” Abu Younis said.
Israel’s High Court of Justice Wednesday ruled against the Palestinian villagers, accepting the Israeli state’s claim that residents began squatting in the area after it was declared a firing zone by the military in 1981.
The court move legally clears the way for the eviction of some 1,000 Palestinians from eight villages on the outskirts of the city of Hebron.
The United Nations, European Union and Israeli human rights groups all criticized the court decision on Thursday.
Lynn Hastings, the United Nations resident and humanitarian coordinator in the Occupied Palestinian Territory, said the Palestinian petitioners, having exhausted domestic legal remedies, are now “unprotected and at risk of imminent displacement.”
She called on Israel “to cease demolitions and evictions in the Occupied Palestinian Territories, in line with its obligations under international law.”
The European Union said evicting the Palestinians would amount to “forcible transfer from their homes and destruction of their communities,” which it said was prohibited under international law.
“As the occupying power, Israel has the obligation to protect the Palestinian population and not displace it,” the European bloc said.
And the Association for Civil Rights in Israel — which represented the Palestinian villagers in court — accused the court of approving a move that would “leave families, children and elderly without a roof over their heads.” It said the ruling was “unusual and would carry severe consequences.”
Tensions are high between Israel and the Palestinians after a series of violent incidents in recent weeks. Dozens have died in attacks in Israel and the West Bank since March 22. 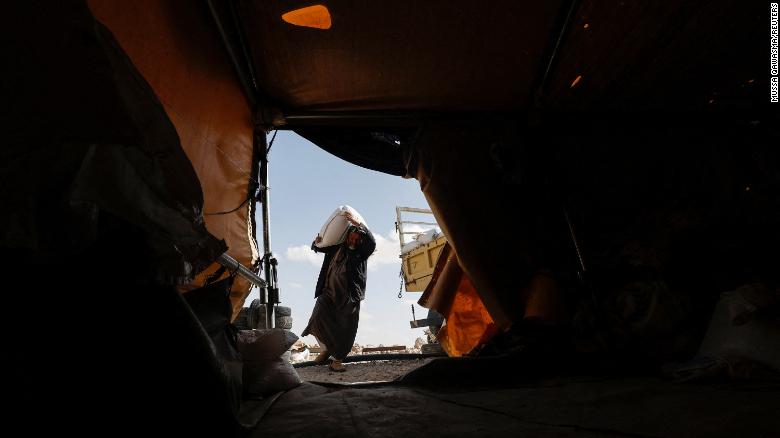 A Palestinian shepherd unloads fodder for his livestock in Masafer Yatta, south of Hebron on May 5, 2022. 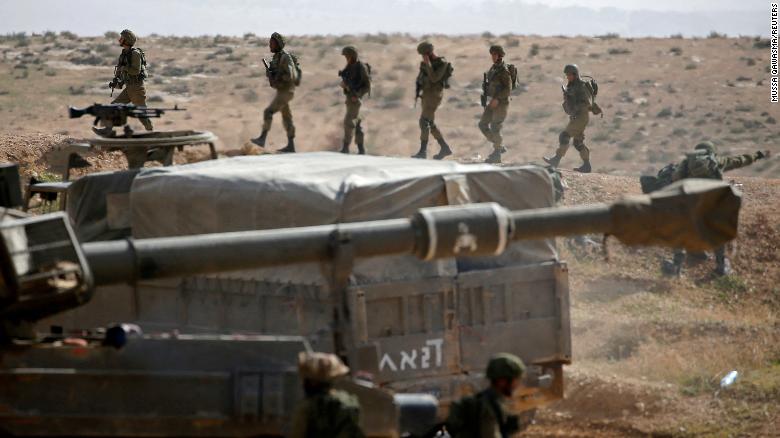 Israeli soldiers take part in a military exercise in Masafer Yatta near Hebron on February 2, 2021.

Evicting the Palestinian residents would separate Hebron from other villages on the southern outskirts of the city.
High Court Justices David Mintz, Ofer Grosskopf and Isaac Amit Wednesday not only rejected claims by the Palestinians that they had been living in the area before 1981 but ordered each of them to pay 20,000 shekels ($5,900) in expenses.
“We never believed that Israeli courts would bring us justice. The decision was not a surprise to any of us,” council leader Abu Younis said.
“We, the families of Masafer, have papers that prove our ownership of our land,” he insisted.
The High Court rejected that assertion.
The Masafer Yatta families presented aerial footage as proof that the villages had existed in the area for 45 years. But Israel argued that Palestinian residents began squatting in the area after it was declared Firing Zone 918, and that until then it was only used as seasonal pasture land for their livestock.
Justice Mintz said in the court verdict that the question of whether the area was a place of permanent residence is “not complicated at all,” since aerial footage from the area prior to 1980 shows no indication of a residential presence there. Mintz also noted that the area was used by the air force to conduct simulated airstrikes in the 1990s.
The court rejected the claim that turning the area into a closed military zone was contrary to international law, and said that when international law contradicts Israeli law, the latter prevails.
The Palestinians argued that they and their families have been living in these villages, whose homes are built within natural caves, since before Israel was established in 1948.
While the Israeli military declared the area to be a firing zone in 1981, residents remained relatively undisturbed until the late 1990s, according to the High Court ruling.
But in 1999, the military and the Civil Administration evicted more than 700 residents.
The military scaled back the size of the proposed firing zone in April 2012, at which point Israel requested that eight villages be demolished, instead of 12.
The High Court then suggested that the Palestinians withdraw their legal action, but two other petitions were submitted in 2013. The court dismissed them.
In its ruling, the High Court accepted the military’s position that the land was necessary for its needs.
Abu Younis said Friday the villagers would continue to resist, despite the legal defeat.
“Soldiers evacuated the residents of the villages by trucks to other areas [in 1999], but the residents returned on the same night against the will of the occupation,” he said, referring to Israel. “The same will happen if this court decision becomes reality.”