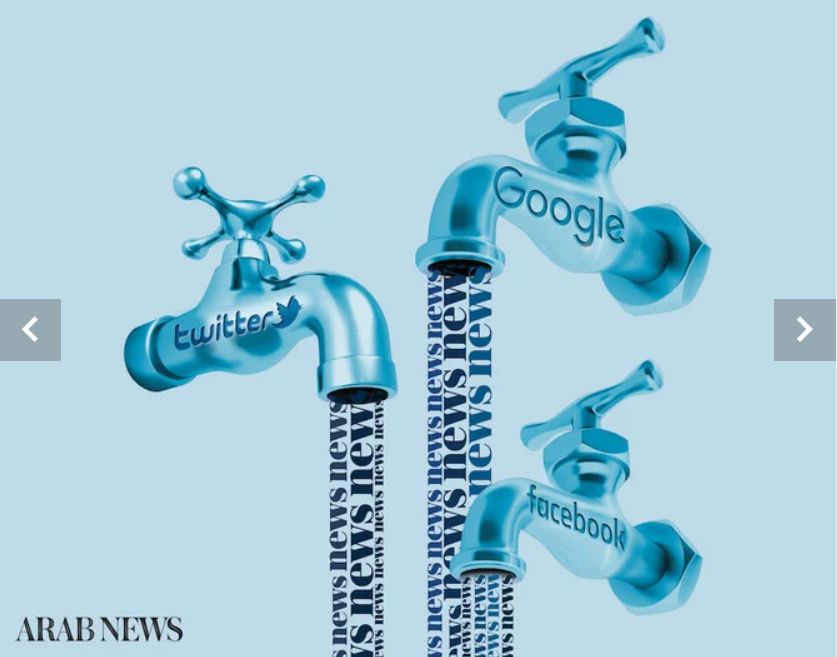 DUBAI: For many, reading a newspaper or perusing a magazine over breakfast, catching up on the latest from around the world to follow the markets, the sport and the travel, is still the perfect way to start the weekend. But the world of print journalism, of broadsheets and tabloids, of exclusives and splashes, has been changing rapidly, with important implications not just for how we obtain information, but how we understand the world.

In 2020, a whopping 79 percent of young people in the Arab world received their news from social media compared with just 25 percent in 2015, according to the 2020 Arab Youth Survey.

By 2022, 65 percent of the world’s gross domestic product is set to be digitized, with direct digital transformation investments totaling $6.8 trillion between 2020 and 2023, according to the International Data Corporation.

It is no surprise then that digital transformation — the shift from hard copy of newspapers and magazines to devices in the media landscape — has been the buzzword of many meetings, conferences and business lunches. But what does it really mean and, more importantly, what does it mean for the print media industry? In its latest report “Future of Media: Myth of Digital Transformation,” the Arab News Research & Studies Unit examines digital transformation in the context of the growth of big tech companies and the consequent impact on the publishing industry, and demonstrates why governments and regulatory bodies need to take notice and action.

Although the growth of digital and social media has revolutionized business largely for the better, it has had a devastating effect on the print media industry.

Globally and in the region, print media’s ad revenues have been steadily declining since 2008.

Between 2016 and 2024, digital’s share of ad spending in the Gulf Cooperation Council is predicted to increase by 20 percent, while that of print will drop by 13 percent, according to Choueiri Group’s estimates.

“Over the years, there has been a growing focus on performance — that is, generating sales by targeting consumers at the bottom of the funnel,” said Alexandre Hawari, CEO of publishing and events company Mediaquest and Akama Holding, referring to declining ad revenues.

As advertisers shift their budgets to digital channels, they find fewer outlets for their spending. Digital is dominated by just a few of the tech giants. In the Middle East and North Africa region, Facebook and Google command a massive 80 percent of digital ad spend, according to Choueiri Group estimates.

Today, just four companies — YouTube, Google, Facebook and Snap — represent 35 percent of the total global media ad spend, according to data from eMarketer. In contrast, traditional media’s share of spending globally has dropped from 81 percent in 2011 to 44 percent in 2021.

This concentration, and hence power, in the hands of a few companies is dangerous for both businesses and economies. The near monopolization of the digital ad industry means that government bodies are finding it difficult to regulate the tech giants. This has big implications for authenticity and accuracy.

A 2018 study by three Massachusetts Institute of Technology scholars found that fake news spreads far more quickly on Twitter than true stories. According to their research, false news stories are 70 percent more likely to be retweeted than true stories.

A propensity towards the scandalous, the outrageous and the scurrilous makes the rise of fake news and hateful and violent content on these platforms a matter of grave concern.