Yellow police tape now cordons off the drinking place in the South African city of East London where 21 teenagers died in unexplained circumstances.

A forensic team has been going through the site at the Enyobeni Tavern to try to understand what exactly took place.

There were no visible injuries on the bodies of the deceased, the authorities have said, so a crush seems an unlikely explanation.

Some have said the victims were poisoned, but this is not confirmed.

South Africa’s liquor board has said the owners of the tavern would face criminal charges after allegedly breaching licensing agreements.

Some family members of the victims have been gathering at the tavern to try and find out the latest news.

Among them was Xolile Malangeni.

His 17-year-old daughter, Sinako, snuck out of her home on Saturday night but never returned.

“[She] always loved and took care of me when I was ill,” her father told the BBC with tears in his eyes.

Alongside her there are 20 other victims in a nearby mortuary. Post-mortem examinations have now been completed but one person remains unidentified and the provincial authorities have called on possible family members to come forward.

The youngest of those who died was 13 and the oldest was 17, according to Police Minister Bheki Cele – but a detailed list of the victims has not yet been produced.

The minimum drinking age in South Africa is 18, so they should not have been allowed in.

“The venue was packed. Entrance was free… and free alcohol was also being dished out. We started drinking and having fun with others,” a 16-year-old girl who did not want to be named told the News.

“Those that were outside were trying to force their way in. Only two bouncers were at the scene to control the crowd. That’s when people started collapsing, they were dropping like flies.

“I thought they were just passing out because they had too much to drink. Many others including myself escaped through the windows. My friends are dead now and we’ve all been left traumatised.”

“They die[d] as they danced. They dance, fall, and die – literally. Others would just feel dizzy, sleep on the sofa, [and] die,” South African website News24 quotes Mr Cele as saying on Monday.

The tavern, a two-storey building, sits amid residential properties in a densely populated area of East London’s Scenery Park township.

It has been the focus of a lot of community anger, residents said. They had previously complained to the police about the noise and the late opening hours.

It is not clear why there were so many young people there on Saturday night. The owner has been quoted in local media as saying they had come to celebrate the end of school exams, having gone there after a “pens down” party ended elsewhere.

A birthday party was also being held at the tavern.

Two of the victims died either on the way to hospital or in hospital, but the other 19 died inside the venue itself.

They were found slumped over tables or on the floor.

On Monday afternoon, community members gathered in a church hall near the tavern for a subdued prayer service. Between hymns people spoke about the tragedy of parents burying children. 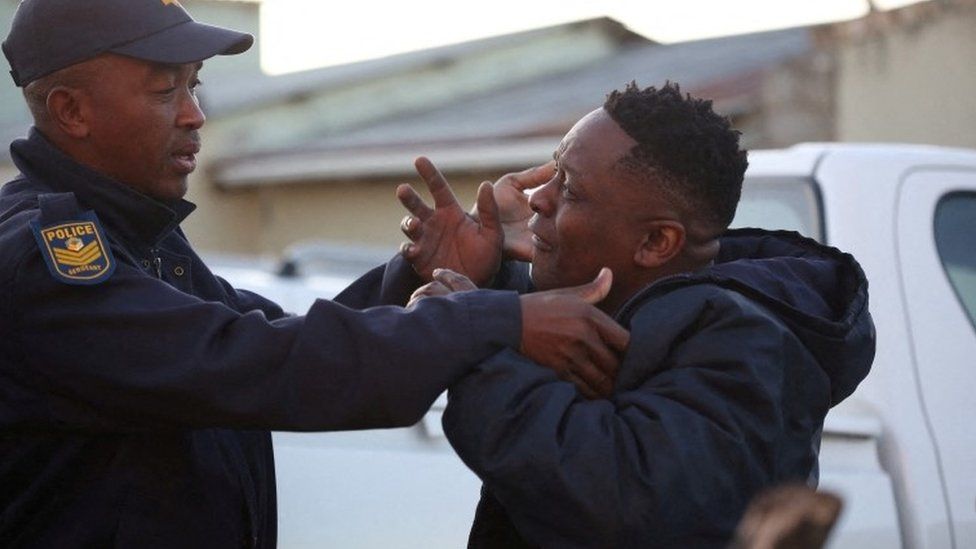 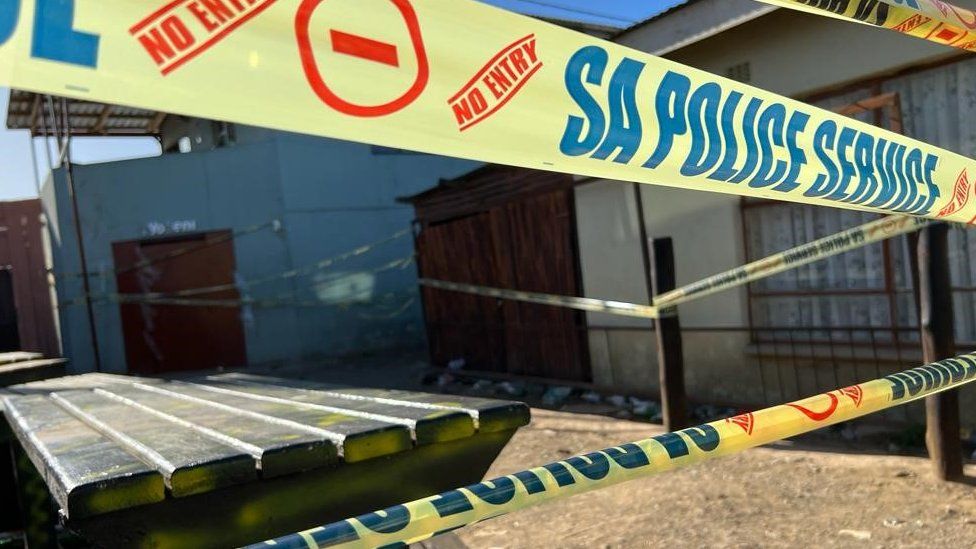 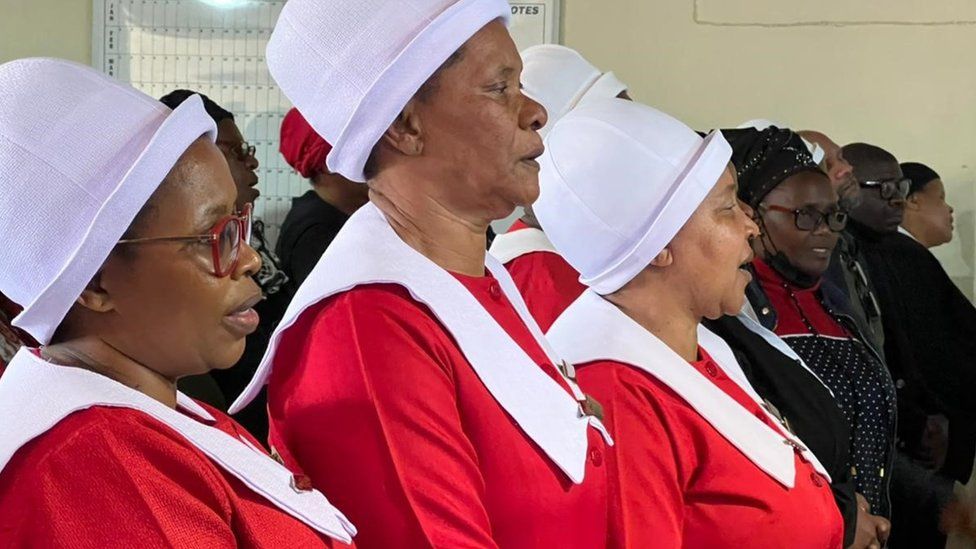