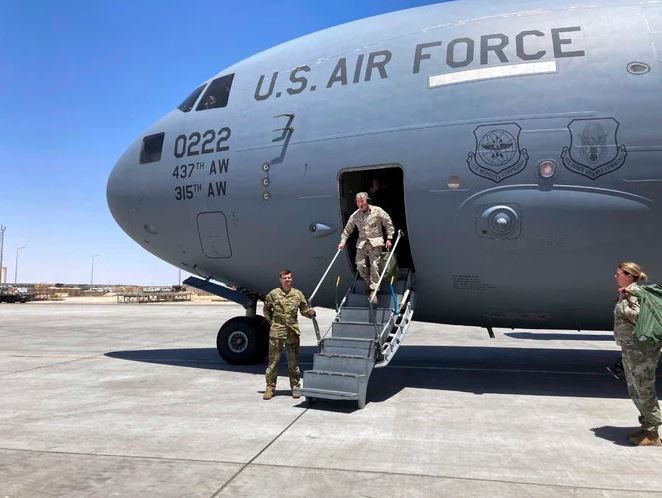 JEDDAH: The US military commander in the Middle East has issued a new warning over the threat from armed drones launched by Iran-backed militias in Iraq.

Marine Gen. Frank McKenzie said the drones were difficult to detect and destroy, and he admitted the US was struggling to deal with them. Finding better ways to counter such attacks was a top priority, he said.

“We’re working very hard to find technical fixes that would allow us to be more effective against drones,” McKenzie said. Efforts were underway to look for ways to cut command and control links between a drone and its operator, improve radar sensors to quickly identify the threat as it approached, and find effective ways to bring them down.

“We’re open to all kinds of things,” he said. “The army is working it very hard. Still, I don’t think we’re where we want to be.”

An armed drone targeted US-led coalition forces near a northern Iraq airport in April, causing a large fire and damage to a building. The US blames Iran-backed militia groups for such attacks.

McKenzie said the militias were frustrated because they had expected US forces to leave Iraq after the death of Iranian military commander Qassem Soleimani and Iraqi militia leader Abu Mahdi Al-Muhandis in a US airstrike near Baghdad airport last year.

“They believe they can carry out attacks at a fairly low level that won’t provoke a response, yet will create enough friction that will eventually induce us to leave,” McKenzie said. “I think it’s a dangerous situation.”

McKenzie visited Iraq and Syria on Thursday and Friday last week. For security reasons, there was a news blackout on his visit until Saturday.