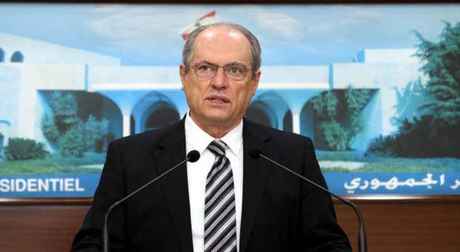 Shami had explained in a TV interview that his remarks had been quoted out of context.

“I was talking about the government’s liquidity,” Shami clarified.

The topic had been circulating on social media platforms, after Shami said on Sunday that the government and the Central Bank are bankrupted.

“I consider what Shami said about the stumbling of the state to be true,” Shammas said.

“Stumbling and bankruptcy are somewhat similar,” he added.

Central Bank Governor Riad Salameh, for his part, negated the bankruptcy in a statement.

He said the bank is fulfilling its role, despite the financial losses.

“A recovery plan is currently being prepared by the Lebanese government in cooperation with the International Monetary Fund,” the governor added.

Salameh had steered Lebanese finances for nearly three decades, through post-war recovery and bouts of unrest. Once praised as the guardian of Lebanon’s financial stability, he has drawn increasing scrutiny since the small country’s economic meltdown began in late 2019.