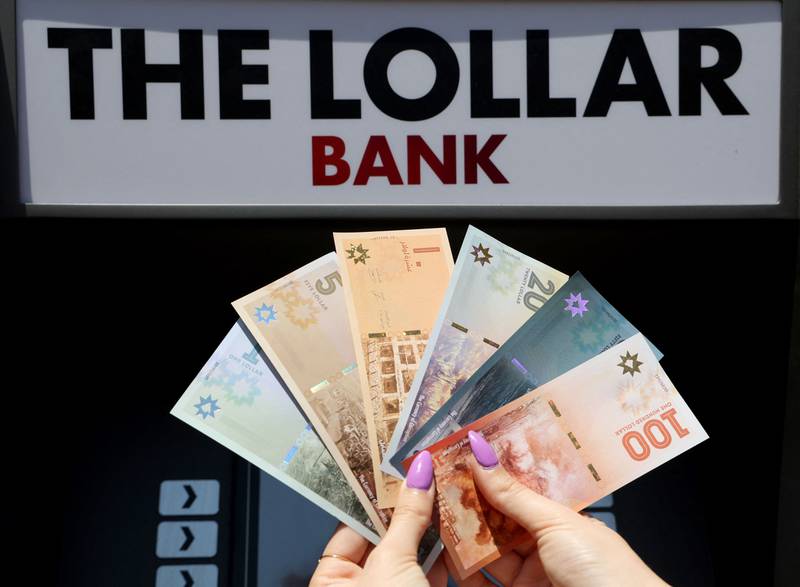 Hyperinflation in Lebanon continued in April as the country emerges from parliamentary elections that require the future government to put in place various reforms approved by the outgoing Cabinet, in order to secure $3 billion from the International Monetary Fund that will help resuscitate its economy.

Inflation in the country, which faces its worst economic crisis since its independence in 1943, reached 206 per cent last month, compared to the same period a year earlier.

This is the 22nd consecutive triple-digit increase of the Central Administration of Statistics’ Consumer Price Index since July 2020. The index increased 7.1 per cent from March 2022.

“The inability of the authorities to monitor and contain retail prices … the deterioration of the Lebanese pound’s exchange rate on the parallel market and the gradual lifting of subsidies on hydrocarbons … have encouraged opportunistic wholesalers and retailers to raise the prices of consumer goods disproportionately,” Byblos Bank said in a note on Tuesday.

“In addition, the smuggling of subsidised imported goods has resulted in shortages … which contributed to the rise in prices. The emergence of an active black market for gasoline last summer has put upward pressure on prices and on inflation.”

Transportation costs increased 492 per cent in April 2022, compared to the same month last year, followed by the health segment, which surged 431 per cent. Water, electricity, gas and other fuels soared 409 per cent, while food and non-alcoholic beverages rose 375 per cent.

Lebanon’s economy collapsed after it defaulted on about $31bn of eurobonds in March 2020, with its currency sinking more than 90 per cent against the dollar on the black market.

Inflation has since surged while public debt, already a major overhang, continued to rise and reached $100bn, or about 212 per cent of gross domestic product, in 2021.

That ranks Lebanon as the country with the fourth highest debt-to-GDP ratio in the world, surpassed only by Japan, Sudan and Greece, according to the World Bank.

Lebanese authorities must enact a list of reforms before the IMF’s board approves the four-year $3bn facility. Those measures include the government’s approval of a bank restructuring strategy, reforming the bank secrecy law, and endorsing a medium-term fiscal and debt restructuring strategy.

Once the IMF programme is in place, Lebanon’s government will need to make other changes that include a single exchange rate and capital controls, reforming state-owned enterprises, and strengthening governance and fiscal reforms.