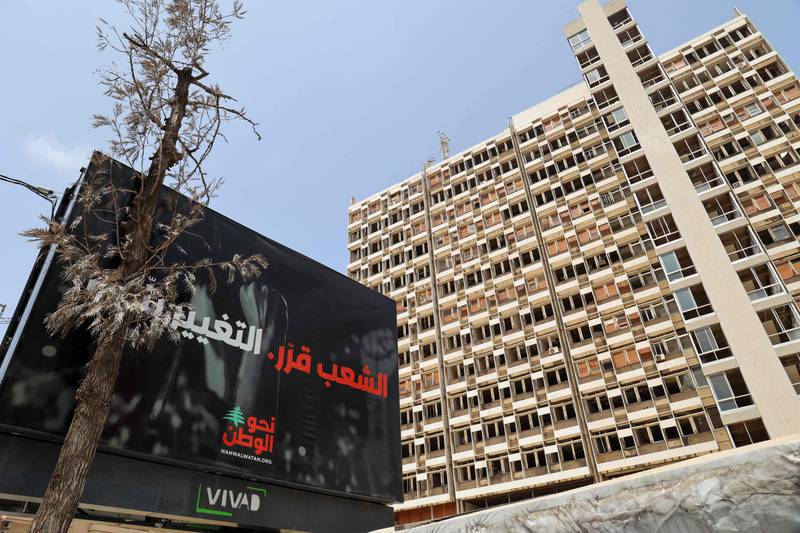 The audit is a requirement from the World Bank to unlock two loans estimated to be worth $600 million in total for Lebanon to import gas from Egypt and electricity from Jordan, both via Syria.

This would enable national electricity company Electricite du Liban to increase its output from roughly two to eight hours a day. State infrastructure has nearly amid the country’s three-year old economic crisis, its worst to date.

“The bids were evaluated in close co-ordination with the World Bank and this company won,” Mr Fayad told The National, referring to Abousleiman & Co, which is one of the Finance Ministry’s pre-qualified auditors.

The firm’s managing director, Wissam Abousleiman, said that it won the bid “less than two months ago”. He added: “We are waiting to hear back from EDL about the signature of the loan from the World Bank. Parliament then needs to approve the contract between the Lebanese government and the World Bank before we can commence the audit.”

The audit is one of many steps requested by the World Bank to boost productivity at EDL, which has contributed to as much as $43 billion in the country’s $93bn national debt, according to a 2021 report led by the American University of Beirut.

Sources in the energy sector say that the only two power plants left operating supply less than 10 per cent of local demand. They are currently running on gas oil imported from Iraq under a special deal that enables Lebanon to pay Iraq with money that is deposited at Lebanon’s central bank.

Iraq can only spend those funds in Lebanon. This is in order to work around Lebanon’s collapsing banking sector.

Mr Fayad’s regional power deal has been marred by delays. He had previously said that he hoped that Egypt would start exporting gas to Lebanon before a May 15 parliamentary election.

Lebanon needs to work on making its power sector sustainable for the first time since the end of its 1975-1990 civil war. But geopolitical considerations have further complicated the deal.

Both the Egyptian gas and the Jordanian electricity must be transported through Syria, with which Lebanon shares its longest land border. But working with Damascus exposes individuals or businesses to sanctions under the 2019 Caesar Act.

Waiting for a ‘final formal clearance’

The US has repeatedly said that it would make an exception to this sanction framework to allow Lebanon to benefit from a few hours more power a day. Syria is to receive only in-kind payment for transit services, not cash, so as to not trigger sanctions.

US special envoy for energy affairs Amos Hochstein told the Senate Foreign Relations Committee on Thursday: “We have given [Lebanon] some comfort and pre-clearance to, based on the information we had, to move ahead [and waive] the sanctions, but I want to be clear that that will be determined when the contracts are signed.

“They did in fact give a ‘clearance in principle’ which is still pending until they analyse the contracts and also the funding terms of the World Bank in order to then issue a ‘final formal clearance,’ Mr Fayad confirmed to The National.

It remains unclear why the contract with Egypt, which is expected to be implemented before the one with Jordan, has not moved forward. Mr Fayad did not answer follow-up questions and the World Bank did not answer a request for comment.

Mr Fayad said earlier this week that “politics and bureaucracy” explained delays. “The World Bank will be providing the finances and it is putting more conditions,” he said, without elaborating on the conditions.

Marc Ayoub, of the American University of Beirut’s Issam Fares Institute for Public Policy and International Affairs, said that he believed that the fate of the deal was indirectly linked to Lebanon’s long-term maritime border dispute with Israel.

The dispute is also mediated by Mr Hochstein, who is expected in Beirut in the coming days. Tensions between Lebanon and Israel flared up recently with the arrival of a vessel in disputed waters. This led to rebukes from Lebanon’s President Michel Aoun and also from Hezbollah leader Hassan Nasrallah.

“It’s not about audits, or financing. All the technicalities have been accomplished,” said Mr Ayoub. “It’s all about an energy package, in my opinion.”