Georges Brax, spokesman for the Gas Station Owners’ Union, confirmed the end of the BDL subsidies to The National.

“They’re gone. No more,” he said. “There was only 20 per cent of the subsidy remaining anyway.”

The Bank du Liban has been steadily lifting subsidies over the past months, leading to a significant rise in fuel prices, Mr Brax said.

Since the onset of an economic crisis in 2019, Lebanon’s central bank has gradually reduced subsidies on food, fuel and medicine as the country burned through its foreign currency reserves. What subsidies remain are paid through the central bank’s Sayrafa platform, which sets a daily dollar rate that is lower than the parallel market rate in an attempt to stem the rapid depreciation of the Lebanese pound.

Before Monday, Lebanon’s fuel importers were paying for 20 per cent of their petrol purchases at 28,200 pounds to the dollar. The remaining 80 per cent was purchased at the parallel market rate of 35,200.

“We’ll see today how things will be affected on the ground,” Mr Brax said.

Fuel prices rose significantly on Monday, leading to some demonstrators briefly blocking a major Beirut thoroughfare to protest against the subsidy’s removal as well as other economic grievances.

“Give us water, electricity, governance,” one protester told local media. “Don’t you fear God? Tomorrow we’re going to the grave.”

Mr Brax said ending the fuel subsidy would further dollarise the economy and hit ordinary people hardest, unless reforms were undertaken to ease the financial crisis. Fuel importers who purchase in dollars would demand to sell in dollars to make a profit, he said.

“Where will they get dollars? They’ll have to buy dollars from the money exchangers in the parallel market. That will result in an increased demand for the dollar, and raise its price,” he said.

The value of the local currency has depreciated by more than 95 per cent against the dollar since 2019. Salaries, paid in local currency, have not kept up with the plunge, severely decreasing the purchasing power of ordinary citizens. Meanwhile, most goods and services are now priced in dollars or their market value equivalent.

With the central bank’s foreign dollar reserves diminishing, Lebanese banks have imposed informal capital controls that make it impossible for depositors to gain access to their savings at their full US dollar value.

The country’s leaders have argued over details of a financial rescue plan and have yet to enact the reforms necessary for a bailout from the International Monetary Fund.

Although fuel subsidies have been lifted — which should theoretically cut down the central bank’s spending and preserve its remaining foreign reserves ― the nationwide shortage of foreign currency, combined with its dependence on imports, remains a looming point of concern.

Without an economic solution, “one day we’ll arrive at the point where we can’t find the dollars to import,” Mr Brax said.

“In terms of our ability to import gas in future, this will depend on the availability of dollars in the country.” 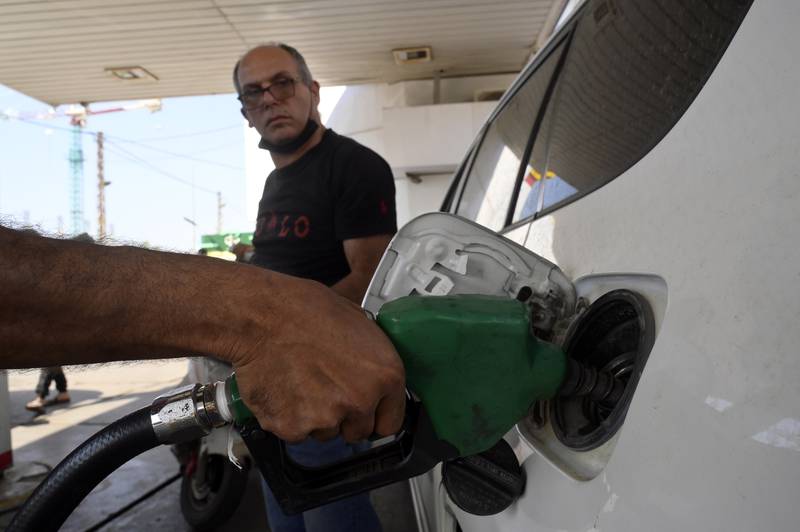