Lebanon’s parliament on Tuesday ratified a long-awaited $150 million World Bank loan to finance wheat imports, during the first legislative parliamentary session since the May 15 parliamentary elections.

The loan is to finance wheat imports for the next six to nine months, according to caretaker economy minister Amin Salam.

Lebanon has suffered from chronic shortages of wheat and flour since its economic crisis  began in 2019, with the subsidised Arabic bread consumed in most Lebanese households becoming scarce.

About 22 per cent of Lebanese households are food insecure, according to the World Food Programme, with bread shortages further threatening food security in the struggling nation. Soaring inflation, paired with a plunge in the value of the local currency by 90 per cent, has badly affected the purchasing power of Lebanon’s citizens.

Mr Salam refuted rumours that subsidies on Arabic bread would be lifted.

“Arabic bread will remain subsidised,” he told The National. “There will be some very insignificant increases that take place as part of rationalising the subsidy, but that will not really affect prices in a major way.”

As of 2pm on Tuesday, there was no Arabic bread left at the popular Wooden Bakery branch in Khalde, an employee told The National.

“There are lines every day,” she said. “And the bread is long gone by early afternoon.”

Photos of hundreds of people standing in line outside a bakery in Lebanon’s southern city of Tyre made the rounds on social media on Tuesday, while parliament debated the details of the World Bank loan.

The limited availability of bread has caused tensions to frequently boil over in queues. Two people were wounded in Tripoli in mid-July after a gunfight over who was ahead in a bread queue.

Analysts point to several reasons for the wheat shortages plaguing the country. First and foremost is the financial crisis, which has depleted the nation’s treasury. A plunge in the local currency unpegged it from the dollar, limiting the ability of the cash-strapped state to subsidise wheat imports, which are paid to importers in dollars.

Russia’s invasion of Ukraine in February has also been detrimental, with the war there hindering the country’s ability to export wheat. About 80 per cent of Lebanon’s wheat came from Ukraine prior to the invasion.

But Ukraine is set to resume wheat imports to Lebanon.

“Ukraine will allocate a specific line of shipment for Lebanon so we can get all the wheat we need on a weekly basis,” Mr Salam said.

Also, the Beirut port explosion in August 2020 destroyed the country’s grain silos and with it most of Lebanon’s wheat reserves.

In early July, Mr Salam said at a press conference that “some bakeries and some merchants personally benefit from the subsidised wheat,” by selling bread on the black market at inflated prices.

He announced last week the formation of a security committee which would be responsible for cracking down on black market trade and ensuring the distribution of wheat and flour to bakeries and mills.

“Security agencies will monitor and chase quantities of wheat from the minute it arrives in the port,” he said. 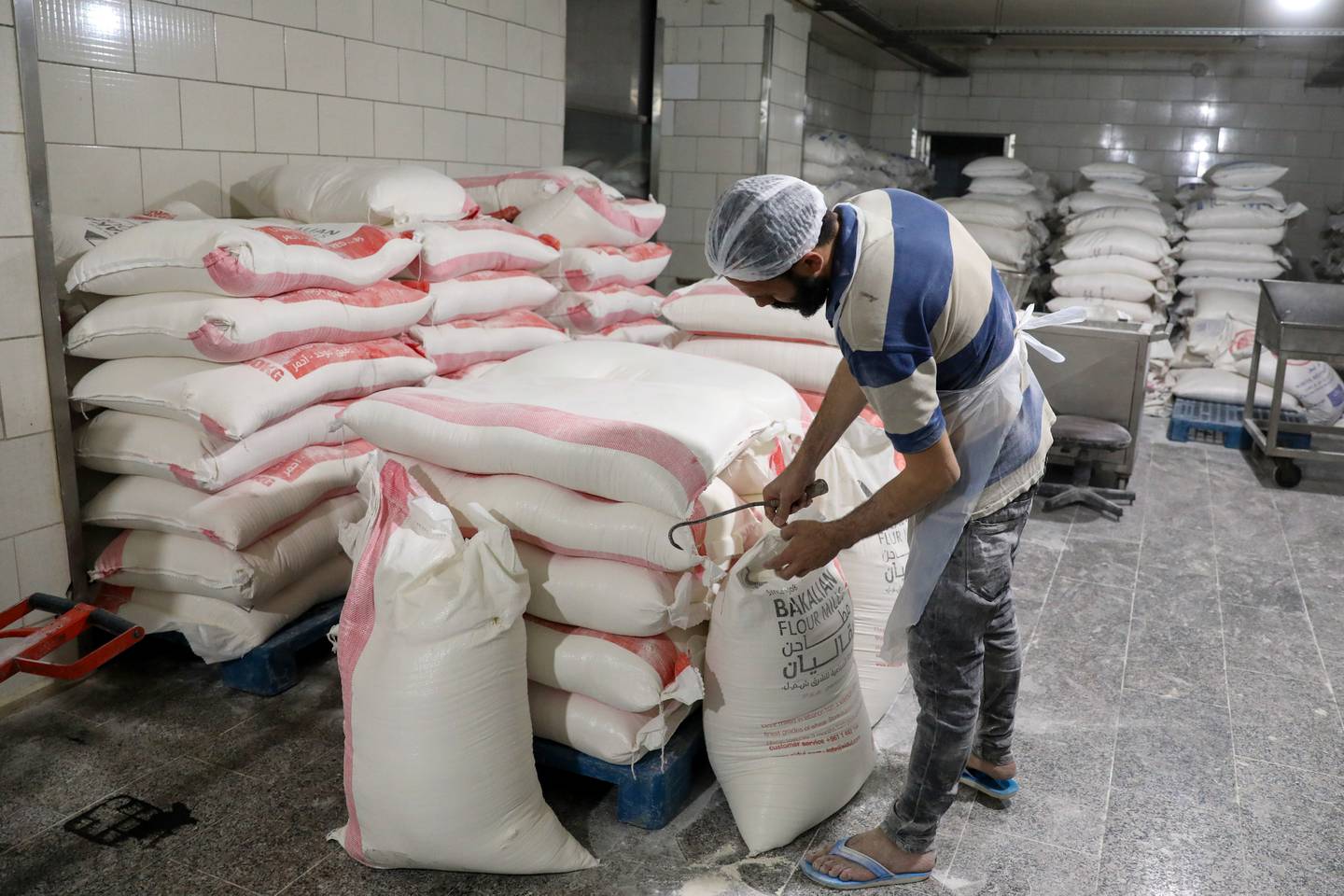