The Finance and Budget Committee began reviewing amendments to the banking secrecy law yesterday, with the committee head saying the review will be completed in 10 days.

Amending the banking secrecy law to make it easier to fight corruption and tax evasion, and to detect financial crimes, is a requirement to unlock $3 billion in financial assistance from the International Monetary Fund, according to the preliminary agreement reached in April.

Also in April the government approved the amendments now before the parliamentary committee. Committee chair Ibrahim Kanaan (FPM/Metn) told L’Orient Today the draft amendments contain factual errors that need to be corrected, and as a result, the draft will be transferred to a newly created subcommittee, over which he will preside.

He called for another meeting on the topic to be held next Thursday. Also on Thursday, Deputy Parliament Speaker Elias Bou Saab held roundtable discussions with experts to discuss a long-delayed capital control draft law.

The United Nations Security Council called yesterday for “expediting the formation of a government to implement necessary reforms” in Lebanon, calling it “the responsibility and duty of all political actors to work together to prioritize the national interest.”

The council also said it “took note” of Najib Mikati’s designation as prime minister to form the next government, and his presentation of a cabinet lineup to President Michel Aoun on June 29.

Mikati and President Michel Aoun were supposed to meet this week to continue discussing the proposed cabinet roster, following a meeting a week ago today, but a Baabda source told L’Orient Today the two will not meet againuntil after Eid al-Adha — in other words not before July 12.

“Data collection” in the forensic audit of Banque du Liban has begun, according to a statement from President Michel Aoun.

The long-delayed audit of the central bank was initially slated to begin September 2020, but Alvarez and Marsal withdrew, citing a lack of cooperation from Banque du Liban and the Lebanese government.

On June 22, official sources told Reuters the audit was to begin on June 27.

The announcement comes a day after Lebanon’s other power plant, Zahrani, briefly went offline because of a lack of payments made to its operator, Primesouth. Two hours later the plant resumed operations after officials released part of the overdue payments.

After the holiday weekend, the power generation schedule for Lebanon’s two functional plants will be modified yet again to stretch remaining fuel stocks as long as possible until more fuel gets offloaded at the end of the month.

Meanwhile, in a parliamentary committee  meeting Thursday, officials discussed a proposed gas deal with Egypt and the potential extension of an agreement with Iraq to supply fuel oil for Lebanon’s power plants.

Should the deals not come to fruition, it is unclear what other options the country might have to keep state power utility Electricite du Liban limping along.

Firefighters extinguished a blaze  Thursday evening in the grain silos of the Beirut port, where the deadly Aug. 4 2020 explosion took place.

Wheat fermentation triggered by the city’s summer heat has led to the fire which was succeeded by light fumes emerging from the rubble of the silos days prior, according to local media.

The authorities want the silos destroyed, saying that studies have shown the structure is in danger of collapsing. However, the families of the port blast victims oppose their demolition, believing that the authorities are seeking to destroy evidence.

Meanwhile the investigation has been blocked for months due to political interference. 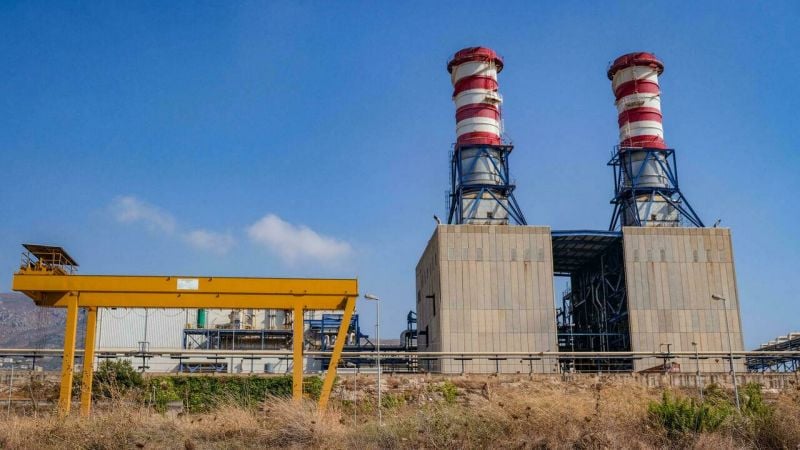