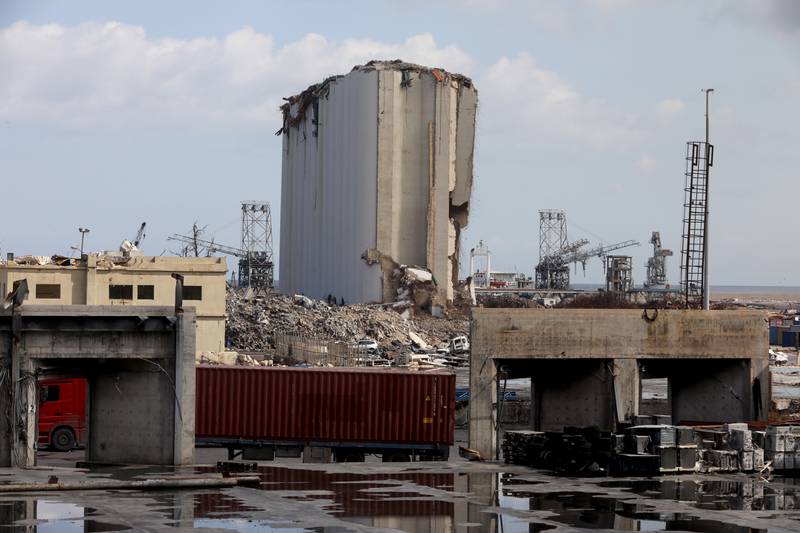 The families of the Beirut port explosion have filed several lawsuits at Lebanon’s Shura council to stop the Lebanese government from demolishing the remains of Beirut’s imposing grain silos.

The August 2020 port explosion killed at least 215 people. The grain silos, which stand precariously over the wreckage of the destroyed port, have become a monument for what the families of the victims say is the corruption and criminal ineptitude of government authorities — widely believed by Lebanese to be responsible for the devastating blast.

In April, the government approved the demolition of the silos on the basis that the structure was at risk of collapse. But, the lawsuits allege, the government has failed to support this claim with scientific evidence.

Ghida Frangieh, a lawyer at Legal Agenda — one of the organisations filing the lawsuit on behalf of the families — said it is more likely the government was trying to “eliminate evidence of the crime”. She said by demolishing the silos, the government hoped their absence would make the Lebanese people forget about the explosion.

The actions — filed by some families of the victims of the explosion in coordination with the Beirut Bar Association and advocacy NGO Legal Agenda – seek to annul the government decision to demolish the silos. The groups also requested a stay of execution to suspend the government-ordered demolition while the Shura council considers the suits.

The decision on whether the lawsuits will be accepted by the council should take about a month, Ms Frangieh said. 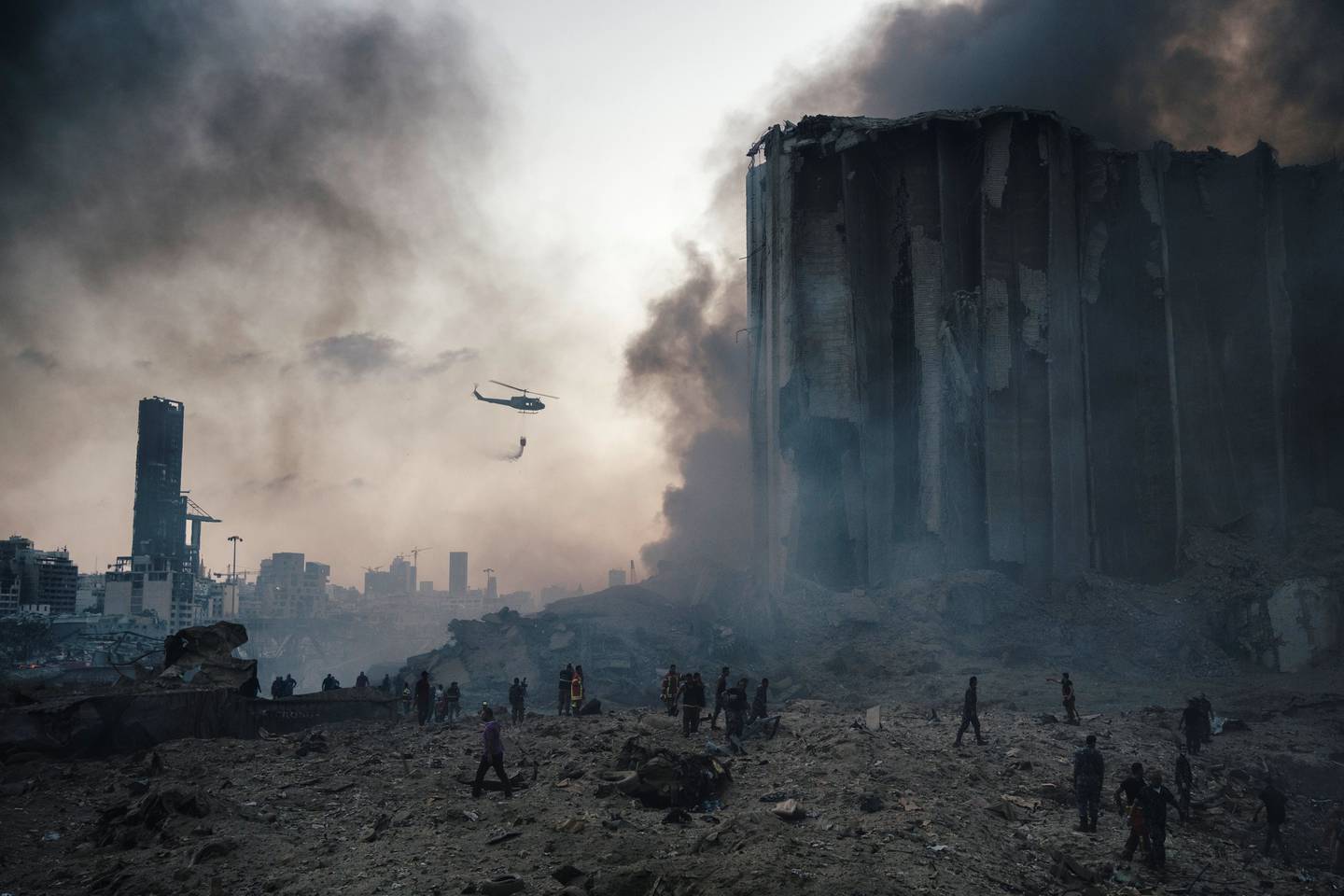 “If they accept the request,” Ms Frangieh said, “they can’t demolish the silos until they have ruled on the case. But if they deny the stay, the government will have the right to demolish the silos even before the council arrives at a decision.”

The demolition of the silos has become a red line for some families of the over 200 people killed in the explosion.

“We need something to be clear to everyone,” Antonia Hitti said. “No criminal evidence will ever be deleted from the lives of the Lebanese.”

Ms Hitti lost three relatives in the explosion nearly two years ago. All of them were firefighters responding to reports of a fire at the port warehouse, which blew up shortly after they arrived. The whole team of first responders perished, including Ms Hitti’s brother Najib, 26; her brother-in-law Charbel Karam, 38; and her cousin Charbel Hitti, 22.

“We need to keep these silos, to remind everyone passing beside them every day that this explosion happened. It happened in your country, in your city, near your house, near your work. You should never forget or forgive anyone who was involved in this,” she said.

The explosion happened after a massive stockpile of haphazardly stored ammonium nitrate ― a material used as agricultural fertiliser as well as to make bombs — ignited in a warehouse on the port, only metres away from a residential area.

It was one of the biggest non-nuclear explosions in the history of the world. Broken glass, mangled metal, and concrete rubble from destroyed buildings lined the capital’s street for months. Nearly two years later, despite reconstruction efforts, debris and blown out windows still litter the city centre and a number of neighbourhoods.

In the days and months following the tragedy, it was revealed that Lebanese government officials —including President Michel Aoun and then-Prime Minister Hassan Diab — had previous knowledge of the explosive material stored unsafely in the port, but failed to do anything about it.

An investigation by Human Rights Watch concluded that multiple Lebanese authorities were, “at a minimum, criminally negligent.”

A domestic investigation into the explosion was launched in 2020, but has been repeatedly stalled since. Last December, former ministers and MPs succeeded in stalling the investigation into the causes of the blast for the fourth time, in a move condemned by activists and rights organisations as an obstruction of justice.

The government alleges its decision to demolish the port comes from a technical report, which concluded the silos were unstable and could collapse in the coming months.

The lawyers in the suits cite research conducted by Lebanon’s Order of Engineers, who maintain that there is no imminent danger of the silos falling. Meanwhile the north side of the silos — the most damaged — could easily be supported, Ms Frangieh said.

Architect Jad Tabet, who headed Lebanon’s order of engineers and architects at the time of the blast, told The National last month that the silos could be kept upright with reinforcements while discussions about the port’s future continue.

But Cecil Roukoz — the sister of one of the explosion victims and a lawyer who is filing one of the suits — said she has worked closely with Lebanon’s Order of Engineers, who have conducted rigorous tests on the half-demolished monoliths.

While the government approval to demolish the silos was passed last April, Lebanon’s interior and culture ministers have been tasked with overseeing the creation of a separate memorial for the blast.

But for Ms Roukoz, “the silos are already a memorial.”

“They were the biggest witness to the explosion. They remained steadfast. And they protected much of the city against destruction” when the absorbed the brunt of the blast, she said.

For many of the blast victims, the silos — albeit a symbol of tremendous pain and trauma — have become embedded into the fabric of Lebanon’s history and heritage.

“My brother’s blood flowed there. I don’t care if my blood flows too,” Antonella Hitti told The National. To her, the silos are a monument worth protecting at all costs.

The silos must stay, Ms Hitti said, “Until justice is served. Until the investigation is over.”