Beirut Museum of Art: what to expect when it opens in 2026 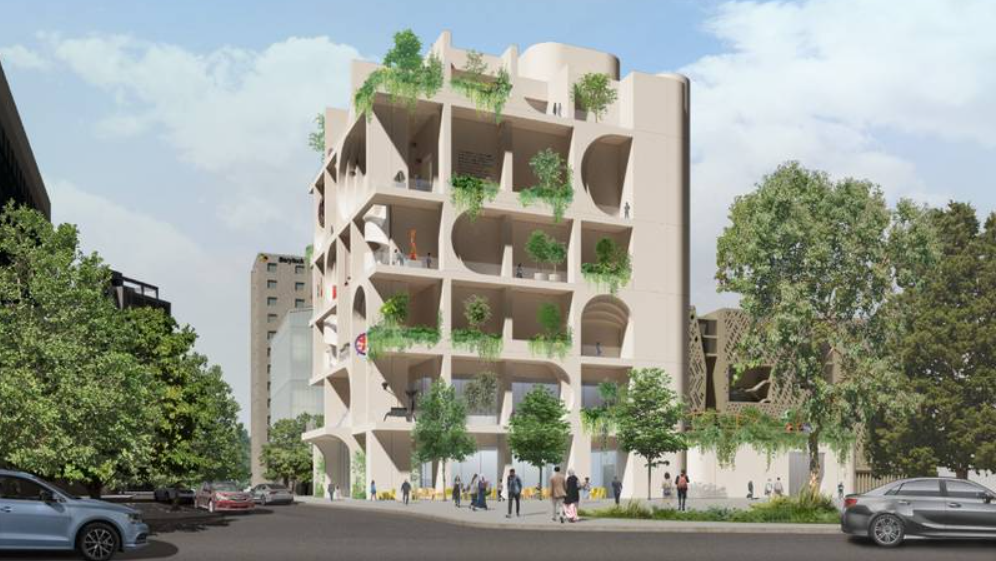 he first stone of the Beirut Museum of Art (BeMA) was finally laid last month after years of delays and false starts.

Lebanese Prime Minister Najib Mikati laid the foundation stone in an event that marked the first such major development of its kind in Lebanon since the onset of the economic crisis in 2019.

The building is projected to be complete and open to the public by 2026, financed independently by private donations.

BeMA is a non-profit organisation that was founded in 2017 by Sandra Abou Nader and Rita Nammour dedicated to civil society, social freedoms and the documenting and preservation of Lebanon’s cultural heritage. It’s managed by a 17-member board of directors.

“We started the project maybe seven or eight years ago,” Abou Nader tells The National. “It’s a huge project. Some people are saying there’s a raft of things to do before coming to a museum in such a country, but we do believe that — in order to create a new tolerant, pacifist, creative generation — we had to continue.”

Architect Amale Andraos agrees with that sentiment. “I think the commitment and dedication that everyone has shown to move the project forward is admirable,” she says. “It has become an act of willful resilience and optimism in itself, and has brought everyone involved closer together to try to contribute a hopeful and positive endeavour for the city, and the belief in its future.”

Despite Lebanon’s long artistic history and extensive archaeological treasures, money for arts and culture is difficult to come by, especially public funding. Political instability and the ongoing economic crisis also obstruct the creative efforts of Lebanese artists trying to work in the country.

The new museum — which will be situated close to the National Museum of Beirut and the site of the so-called Green Line that once divided the city during the Lebanese Civil War — was originally slated to open in 2020. However, the project has been dogged by a series of setbacks and complications.

The first architect appointed to design the new building, Hala Warde, was dismissed from the project due to “irreconcilable differences” back in 2018, two years after her proposal was selected by an international jury. Although Warde agreed to work pro bono, she insisted production costs be covered and other contributors paid in full.

“We were so happy that [Warde] was the first,” says Abou Nader, “but unfortunately, we were not able to reach an agreement with her. If you want to go forward, you have to stick to the budget.”

In 2019, BeMA’s honorary chairman, Carlos Ghosn — who is related to Abou Nader — was arrested in Japan on charges of financial misconduct, before later escaping to Lebanon as a fugitive.

Then, in 2020, the project was delayed again as Lebanon was ravaged by a crippling financial crisis and the August 4 Beirut port explosion that devastated the Lebanese capital, leaving hundreds dead and causing an estimated $15 billion in property damage, not to mention a global pandemic.

When it does finally open, on display will be works collected by Ministry of Culture, as well about 3,000 pieces of regional and international art, including paintings, sculptures and written works spanning Lebanon’s history as an independent country. An indefinite loan agreement, signed by the BeMA Association and the Lebanese government, will make it the first time this collection will be available for public viewing on the museum’s opening.

“BeMA’s mission has always stressed community outreach, and a desire to be accessible and inclusive,” says Andraos. “We wanted to reflect this core mission through the museum’s architecture while, at the same time, referring back to the architectural and urban heritage of Beirut.

“The result is a thickened envelope of outdoor project rooms, galleries, event and educational spaces and gardens, which transforms the traditionally closed and fortress-like museum facade into a more accessible typology for the museum of the future, dissolving boundaries between inside and outside [and] inviting people of all walks of life to engage directly with the art,” she explains.

Alongside dedicated spaces for education and conservation, the museum will comprise a rooftop garden that will also function as a large playground for children, something that is relatively rare for Beirut.

The temporary exhibition space on the top floor can also double as a performance and event space, allowing the museum to also fulfil the role of a cultural and community centre.

There are many challenges still to overcome before BeMA’s new building will be completed, but this project at least brings with it a promise of positive change for Lebanon. After so many delays and stumbling blocks, this new step forward represents not only a revitalisation of the country’s suffering cultural sector, but also a coming together of its people to create a brighter tomorrow.

“[We] believe that culture is the only way to create an inclusive, tolerant country,” says Abou Nader. “Art is a vehicle of peace. It’s a platform all people can gather around, whatever [their] community or the background is. This is why — during this crisis — the project must go forward, in order to create something for the coming generations.”