A second fire in less than a week has been seen at wheat silos in Beirut’s port, where nearly tow years ago an explosion   killed at least 215 people and injured more than 7,000.

Smoke has occasionally been seen rising from the site since a small fire — which was quickly contained — broke out at the grain silos on Thursday. On Monday evening, images emerged on social media of another small blaze.

Omar Itani, the director general of the port, said the first fire and ensuing smoke were because of fermenting wheat at the bottom of the silos.

A joint statement by the families of the victims of the explosion, and a number of other groups speaking in solidarity, urged the authorities to act quickly and extinguish the fire.

“For about a week, smoke has been seen rising near the wheat silos in the port of Beirut … this smoke sometimes turns into a fire,” it read.

“What is surprising in this matter is that those concerned did not move a finger to take any action to put out this fire and investigate its causes.”

The silos remain a highly sensitive topic in Lebanon following the 2020 explosion that was been blamed on the authorities’ mismanagement and corruption , and is seen as a symptom of numerous systemic problems throughout the country.

Mr Itani rejected a local report on Monday that claimed the demolition of the silos had begun. That report was based on images taken on Saturday that supposedly showed three large machines digging under the structures.

He said the machines were actually used to empty wheat tankers before the explosion and he denied that there was “any ongoing demolition of the silos”.

In April, the Cabinet approved the demolition of the silos, badly damaged in the 2020 explosion, after a technical report found that they could collapse in the coming months. It was deemed too expensive to renovate them.

But the families of the victims of the blast want them to remain as a memorial to those who died.

The investigation into the blast has faced repeated delays with some senior politicians refusing to be interrogated.

The blaze came as firefighters and the Lebanese army on Monday battled a wildfire near Roumieh, a village surrounded by forest to the north-east of Beirut.

Images online showed army helicopters dropping water on the fire, which was largely contained by Monday afternoon. But another fire broke out near Roumieh on Tuesday, with additional firefighters marshalled to combat the blaze.

The authorities have warned of an increased risk of wildfires during Lebanon’s dry and hot summer months. But Elias Hankach, an MP, and the local police force said there was evidence that the fire on Monday had been started deliberately.

Water shortages, the rugged terrain and windy conditions have also made it more difficult to tackle the blaze. 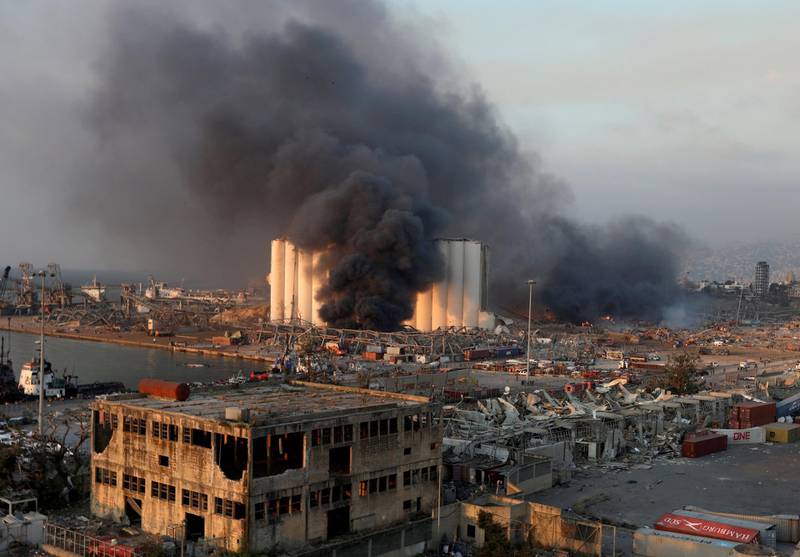 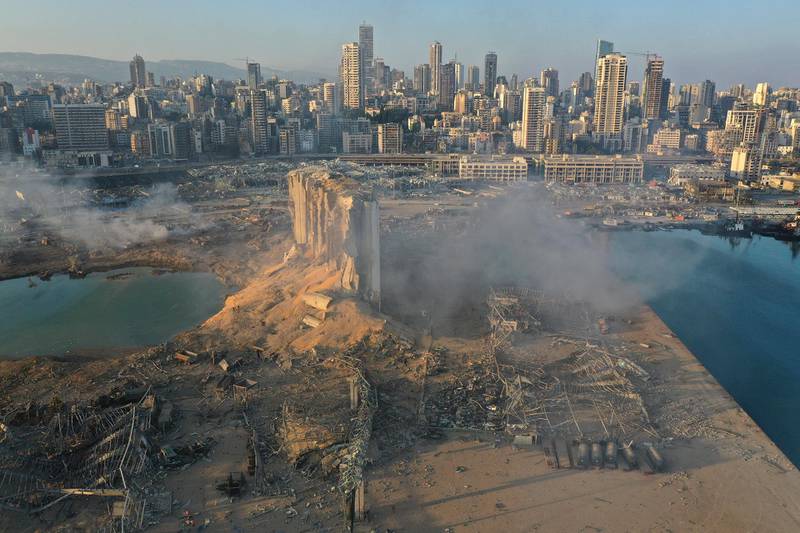 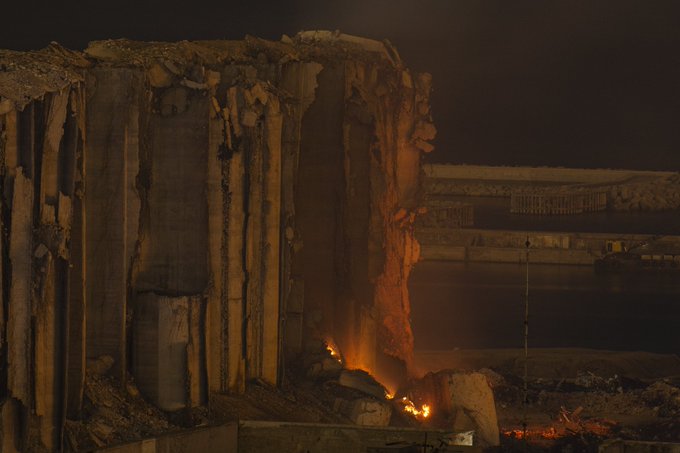