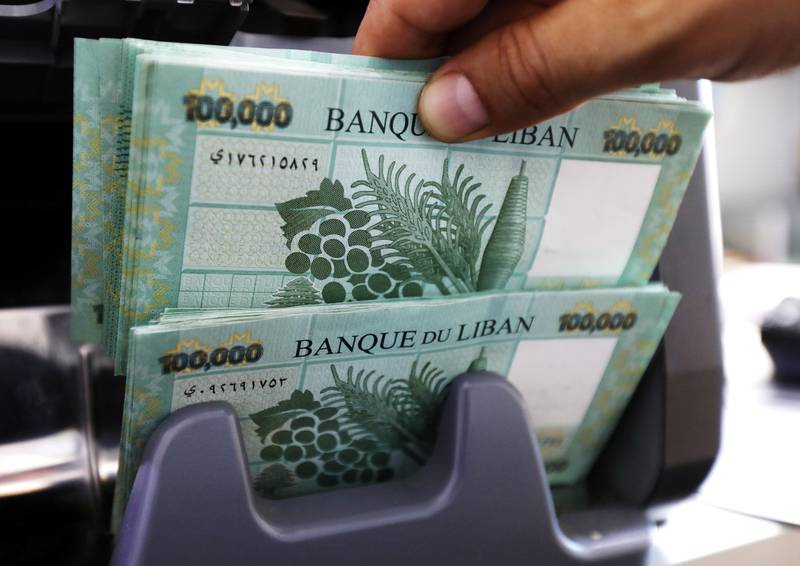 Business activity in Lebanon’s private sector economy continued to deteriorate in April, albeit at a softer pace, affected by rising inflation and continuing political instability in the country.

The headline Blom Lebanon Purchasing Managers’ Index rose to 47.9 in April, up from 47.4 in March. Despite improving to an 11-month high, the index remains firmly in contraction territory, underpinning the country’s economic perils.

A reading above the neutral level of 50 indicates growth, while one below points to a contraction.

“This increase doesn’t reflect any improvement in the overall Lebanese economy. However, we have witnessed a soft decline in business activity compared to last month, and it may be linked to the positive news that was announced by the IMF earlier this month regarding a staff-level agreement with Lebanon,” said Sami Baff, research analyst at Blominvest Bank.

The latest data points to continued deterioration in the health of the Lebanese private sector at the beginning of the second quarter as political instability and weakening purchasing power weighed on both business activity and consumer demand, although the rate of contraction slowed.

The declining value of the Lebanese lira against the US dollar is also adding to cost pressures for businesses. Average prices charged for goods and services increased at the strongest pace in three months during April, as companies looked to protect margins.

“The devaluation of the Lebanese lira is one of the main reasons why we are not seeing any remarkable improvements in terms of level in the PMI, as the depreciation of the national currency is eroding further the purchasing power of Lebanese people and adversely affecting domestic demand,” Mr Baff said.

The depression is among the worst economic collapses globally since the 1850s, the World Bank said in January. It is the largest contraction on a list of 193 countries.

The country’s economy went into a tailspin after the government defaulted on about $31 billion of Eurobonds in March 2020, with its currency sinking more than 90 per cent against the dollar on the black market.

Inflation soared to an annual 208 per cent in March, marking the 21st consecutive triple-digit increase of the Central Administration of Statistics’ Consumer Price Index since July 2020.

Food inflation rose to 390 per cent yearly, as Lebanon, which imports most of its wheat, has faced shortages over the past weeks and struggled to keep prices down.

There have been concerns the government might remove wheat subsidies as foreign currency reserves drop to critical levels at the central bank. Any lifting of subsidies would sharply increase the price of bread in a country where more than three-quarters of its six million people, including one million Syrian refugees, live in poverty.

The country requires a comprehensive social, economic and financial reform programme to stabilise the economy, according to the International Monetary Fund. The Washington-based lender approved a $3bn funding package as part of a four-year deal for the country last month.

Pre-conditions set by the IMF include reforms related to the banking sector as well as measures to improve the country’s fiscal position. The country is going to polls, offering a glimmer of hope for resolving the political deadlock that has stalled the reform process for years.

“The coming months are critical and will address the healing process of the Lebanese economy, especially the political implications arising from the elections and the feasibility of implementing the awaited reform programme,” Mr Baff said.

Despite headwinds, there were encouraging signs for Lebanon’s private sector as declines in both business activity and new orders slowed at the start of the second quarter.

April data also signalled an increase in the level of spare capacity while backlogs of work fell, albeit at a softer pace.

Supplier performance and quantities of purchases were both little-changed since March, while the level of private sector employment rose fractionally.