When journalist Hasan Shaaban was beaten and his life threatened in the streets of his own home town, it was for doing his job.

When journalist Dima Sadek received death threats over a provocative tweet, she knew she was pushing social and religious boundaries — but she did not expect such a severe reaction from figures in positions of power.

Attacks against the two journalists in Lebanon have sparked debate about media freedoms  and the limits of free speech in the country.

Mr Shaaban, a freelance photojournalist, was documenting protests over water shortages in Beit Yahoun, in southern Lebanon. He filmed residents of the small town — controlled by the Iran-backed Hezbollah group — expressing frustration over the lack of water and the municipality’s failure to provide a consistent supply.

For the past year, residents have resorted to bulk delivery to fill their tanks, a costly and ineffective alternative.

In the video he shot, an angry woman gestures to the village around her. “We have money and weapons,” she cries. “But we have no water!”

The footage Mr Shaaban posted went viral, angering some Hezbollah supporters in his village who perceived it as public criticism of the powerful political party, which administers Beit Yahoun and much of southern Lebanon.

A few days later, as Mr Shaaban was walking his dog, he was physically assaulted by a group of more than 10 men. While being repeatedly kicked, he recognised from his vantage point on the ground that most of his attackers were residents of his village. Some were formally affiliated with Hezbollah, others vocal supporters.

“It’s not like I organised the protest or anything,” Mr Shaaban told The National. “I just took some photos.”

The group continued to beat Mr Shaaban until his neighbours in the village broke up the mob.

Mr Shaaban said one of his attackers told him: “If I see you in the village again, I’ll kill you.”

Water shortages are only one symptom of Lebanon’s prolonged and debilitating financial collapse,  considered by the World Bank to be one of the worst economic crises in modern history.

Protests over the economic situation, shortages  of electricity, water and medicine, or over the collapse of state-provided services are not uncommon in the country. The nation’s financial ruin is blamed widely on Lebanon’s political class, of which Hezbollah is part.

Mr Shaaban asserted he was simply documenting anger over the breakdown in services in his own village.

He reported the incident to authorities, including Hezbollah leaders in Beit Yahoun.

Representatives of the party visited his house to formally apologise: “They came, said ‘this is unacceptable, we don’t permit this kind of behaviour, and your attackers will be punished. But, can you please take down the video?’”

The next morning he awoke to find a bullet hanging from his car window.

Then, last week, he awoke to one of his car tyres punctured and a note stabbed into it. “Leave this village, you agent of a dog,” it said.

Although the threats have not abated, Mr Shaaban plans to continue living in his village.

Death threats against and assassinations of journalists are a systemic norm in Lebanon, says Ayman Mhanna, head of the Beirut-based Samir Kassir Foundation and Centre for Media and Cultural Freedom.

“There’s a norm of impunity,” he said. “Those who do perpetrate these crimes don’t even bother to hide their identities because they know they are protected.

“They” – culprits backed by political parties – “know that the judiciary and Lebanese security institutions do not have the courage or political will to enforce the law.”

He is careful to emphasise that all political parties in Lebanon, regardless of sect or affiliation, are guilty to some extent of repressing or perpetrating attacks on free speech.

From October 2019 to March 2021, the Samir Kassir Eyes Centre for Media and Cultural Freedom documented assaults on 106 media workers.

Threats against journalists by state and non-state actors have become so prevalent in Lebanon, once considered a bastion of free speech in the Middle East, that Human Rights Watch last year, along with 13 other international and Lebanese organisations, created a coalition to address the suppression.

Mr Mhanna said the culture of impunity surrounding blatant crimes against journalists is emboldened by a civil war-era policy of amnesia dictated by Lebanon’s leaders, themselves mostly holdovers of a civil war that ended three decades ago.

A General Amnesty law was enforced in 1991, following the end of Lebanon’s 15-year civil war. That law exempted war crimes perpetrated before that year, allowing most militia leaders to roam free and even take political office.

“Our entire political system has been built on impunity,” Mr Mhanna said.

Prominent Lebanese-Palestinian journalist Samir Kassir, whom the foundation is named after, was killed by a car bomb in 2005. No one was convicted of his murder.

‘No human is above criticism’

Her tweet caused a backlash among supporters of Hezbollah and its ally the Amal Movement, leading to a series of death threats against her. Many openly called for her death in response to her tweet after Jawad Nasrallah — the son of Hezbollah leader Hassan Nasrallah — implicated her as a tool of western regimes on his social media.

“To me, no human being is above criticism,” she told The National.

Politicians, journalists and citizens from across the country weighed in on where the line between the sanctity of religion and the freedom of artistic expression lies.

Media freedom advocates in Lebanon say the spotlight on the attack on Salman Rushdie last week has further emboldened provocations against practitioners of free speech and expression.

Ali Barakat, a singer known as ‘Hezbollah’s nightingale’, posted a video in response to her message, which she called a clear incitement against her.

In his video, Mr Barakat pointed out he had been charged by Lebanese authorities many times for inciting sectarian strife: when he tweeted about the former prime minister Rafik Hariri and insulted Saudi Arabia in a song.

“Saudi Arabia is not holy, nor is Rafik Hariri,” he said. “But Iman Khomeini, to us and to millions of Muslims, is holy and sacred.”

“Either the judiciary moves to hold her accountable like it did to us, or there will be consequences.”

He said: “Even if it is hate speech, do you respond to hate speech with death threats?” 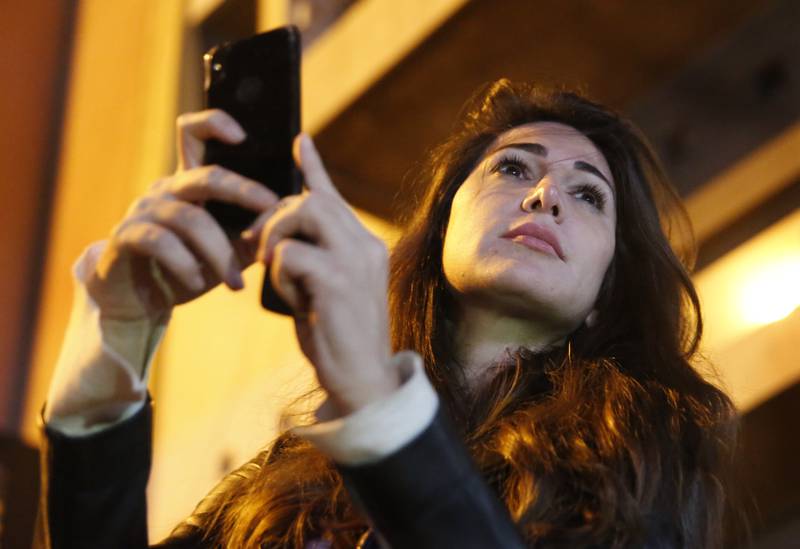 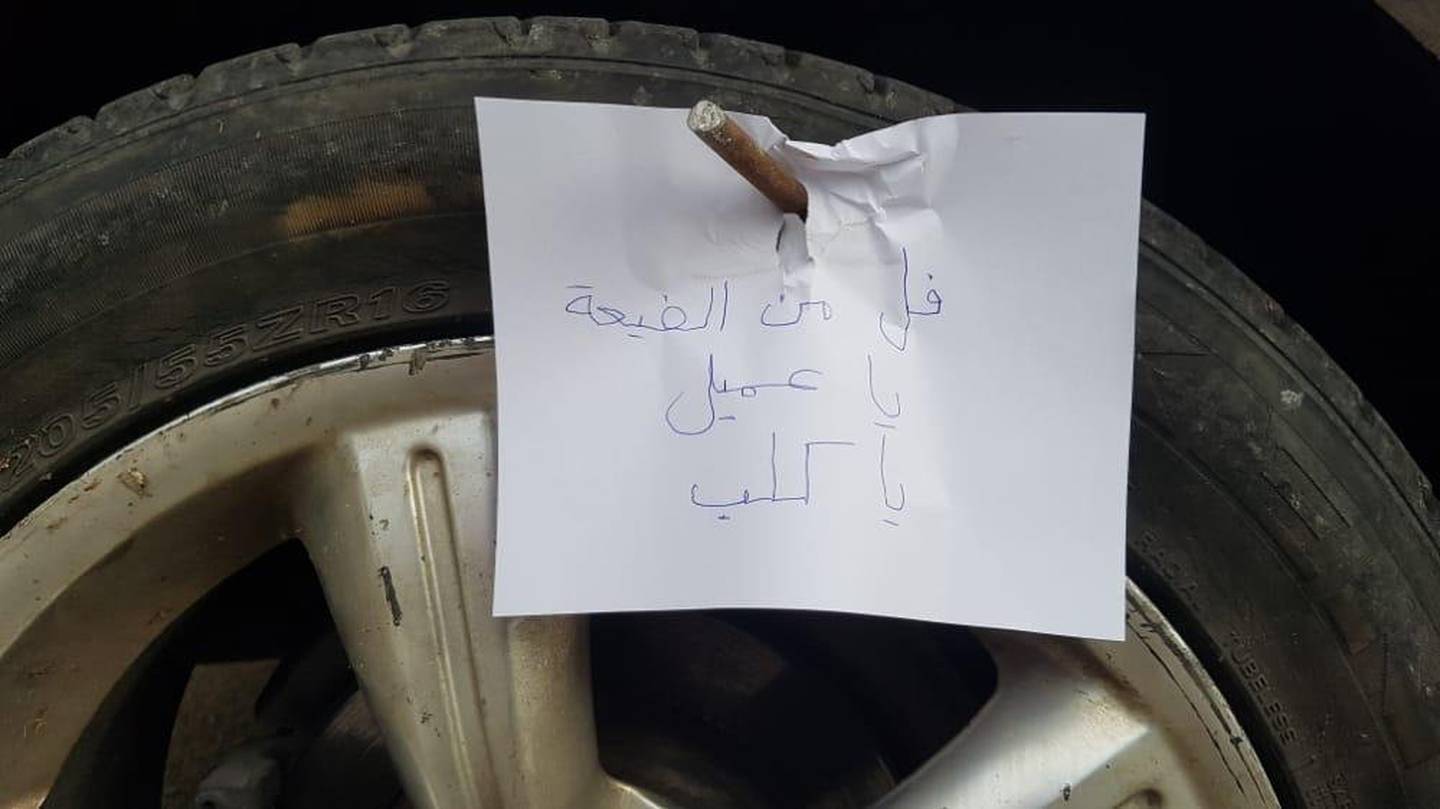