Dozens of Lebanese and Syrian migrants stranded at sea

Dozens of Lebanese and Syrian migrants stranded for days on a sinking fishing boat in the Mediterranean Sea are urging European coast guards to save them, saying that two children have died.

The roughly 60 migrants told relatives and volunteer groups via satellite phone that the group has been without food, water and baby formula for the past three days.

On board the boat are Syrian refugees and Lebanese from the country’s severely impoverished northern provinces trying to reach Italy for job opportunities. They left the northern Lebanese city of Tripoli about 10 days ago.

“They’re trying to remove water leaking into the boat with buckets, that’s all they have,” the brother of one of the Syrian passengers told the Associated Press.

He asked for their names not to be disclosed for security reasons and because some of the migrants did not want to disclose the news to their families back home.

“This fishing boat is meant for five people, not 60.”

Lebanon has a population of six million, including one million Syrian refugees, and has been in the grip of a severe economic meltdown since late 2019 that has pulled more than three quarters of the population into poverty.

The migrants are reportedly stranded near the coasts of Malta and Italy. Authorities have not yet sent rescuers, families and activists in touch with the migrants said.

Lebanese parliamentarian Ashraf Rifi urged the Italian government as well as the Lebanese Ministry of Foreign Affairs and the Lebanese embassy in Rome to take action.

Both family members and Alarm Phone, an activist network that helps bring rescuers to distressed migrants at sea, Malta has not yet authorised a rescue operation and has not given permission to a commercial cargo ship to pick up the stranded migrants.

Meanwhile, families fear the leaking boat could sink at any time.

“Whenever I call, you can hear the children screaming and crying in the background,” the relative said. “I don’t know why no governments have taken action to rescue them — is it because they’re poor people trying to make ends meet for their families?”

Once a country that received refugees, Lebanon has become a launching pad for dangerous migration by sea to Europe.

In April, a boat carrying Lebanese, Syrians and Palestinians trying to migrate by sea to Italy went down more than five kilometres from the port of Tripoli following a confrontation with the Lebanese navy. Dozens were killed in the incident.

The circumstances of the vessel’s sinking are disputed. Survivors say their boat was rammed by the Lebanese navy, while the military claims the migrants’ boat collided with a navy vessel while trying to escape.

The April sinking was the greatest migrant tragedy for Lebanon in recent years and put the government further on the defensive at a time when the country is in economic free fall and public trust in the state and its institutions is rapidly crumbling. 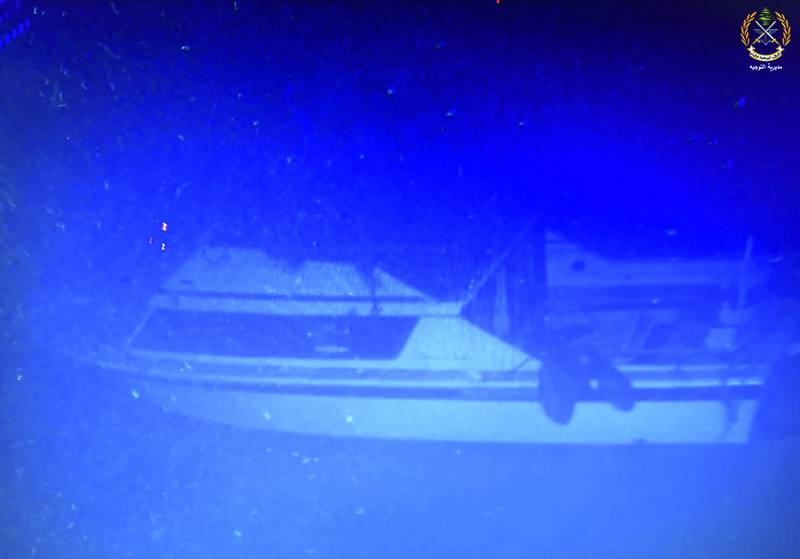 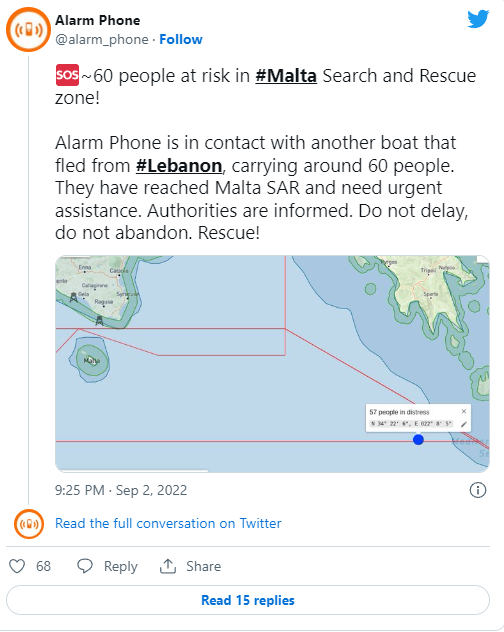