A bodyguard of Gebran Bassil, the leader of Lebanon’s Free Patriotic Movement (FPM) and son-in-law of President Michel Aoun, has been charged by the FBI over a plot to smuggle weapons from the US to Lebanon.

George Ajaltouni allegedly conspired to smuggle hundreds of firearms from Cleveland from May 2011 and September 2014, and resell them.

He was accused together with another Lebanese man, Jean Youssef Issa, who was recently arrested after a Red Notice was issued by Interpol.

Mr Ajaltouni, 47, who is believed to reside near Mr Bassil’s home town of Batroun  , was described by the FBI as a “member of the security detail for the former foreign minister of Lebanon”.

Mr Ajaltouni was also charged with naturalisation fraud after obtaining citizenship in 2009 that the US government said he was not entitled to nor eligible to receive.

Contacted for a response, a senior FPM official did not comment. Asked if Mr Ajaltouni was a bodyguard for Mr Bassil, the official said they didn’t “have any idea”.

However, after the FBI unsealed the indictments, pictures surfaced online of Mr Bassil and Mr Ajaltouni together at what appeared to be a political rally and also at a social event. Another image showed Mr Ajaltouni shaking hands with Mr Aoun.

The indictments were filed between 2016 and 2019 but were unsealed on Tuesday.

Mr Ajaltouni and Mr Issa were charged with conspiracy to smuggle and illegally ship firearms, as well as the smuggling of goods from the US and the unlawful delivery of firearms to a common carrier.

They were also charged with unlicensed dealing in firearms and contravening laws on the control of arms exports and imports.

“As part of the conspiracy, it is alleged that Ajaltouni purchased firearms from federal firearms dealers and private sellers throughout north-east Ohio and elsewhere. In addition, the indictment states that Ajaltouni frequently attended gun shows and paid cash to purchase firearms from exhibitors,” said the US Department of Justice.

“It is further alleged that in order to ship the weapons, Ajaltouni purchased used automobiles from other individuals, which were then used to store and conceal firearms inside the doors and body panels of the vehicles.

“The indictment states that Issa then travelled from Lebanon to Cleveland to assist Ajaltouni with concealing the firearms in the vehicles for transportation via ship.”

The vehicles were then shipped to Lebanon, with the guns resold.

Mr Bassil is a highly controversial figure in Lebanon and was a main target of nationwide protests in 2019 that led to the collapse of the Lebanese government.

A devastating economic collapse, which first became apparent in 2019, has pushed many in Lebanon into poverty, with the local currency losing more than 90 per cent of its value.

There are widespread disruptions in the provision of basic services and necessities such as water, electricity and medicine.

In 2020, Mr Bassil was hit with sanctions by the US for alleged corruption and ties to Lebanese political party and armed group Hezbollah.

The FPM, parliament’s second largest Christian political party, and Hezbollah are parliamentary allies. Mr Bassil has rejected the sanctions and described them as politically motivated.

He has long been thought of as harbouring presidential elections.

Another Lebanese man, Nakhle “Mike” Nader, was charged in a separate indictment with income tax evasion. The FBI believe he is close to Mr Ajaltouni and resides near Batroun. 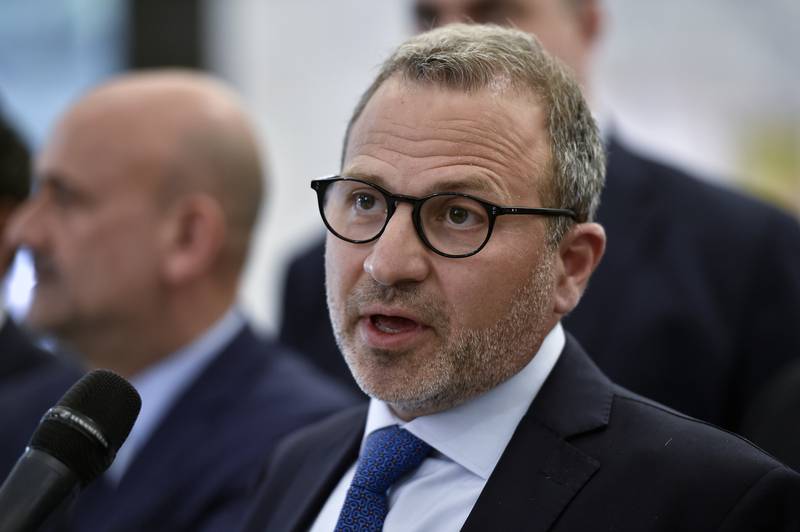 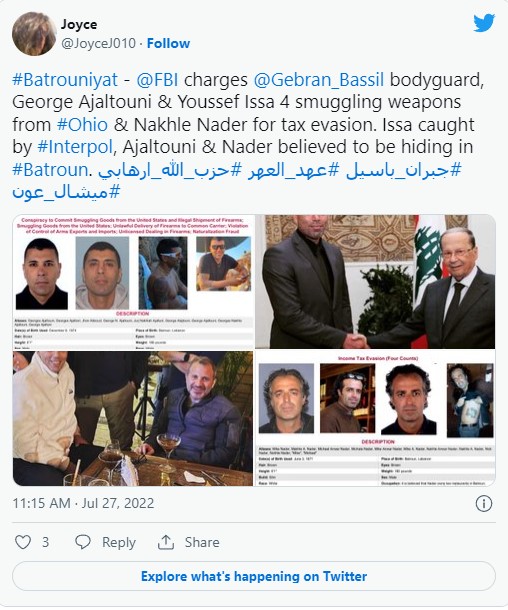