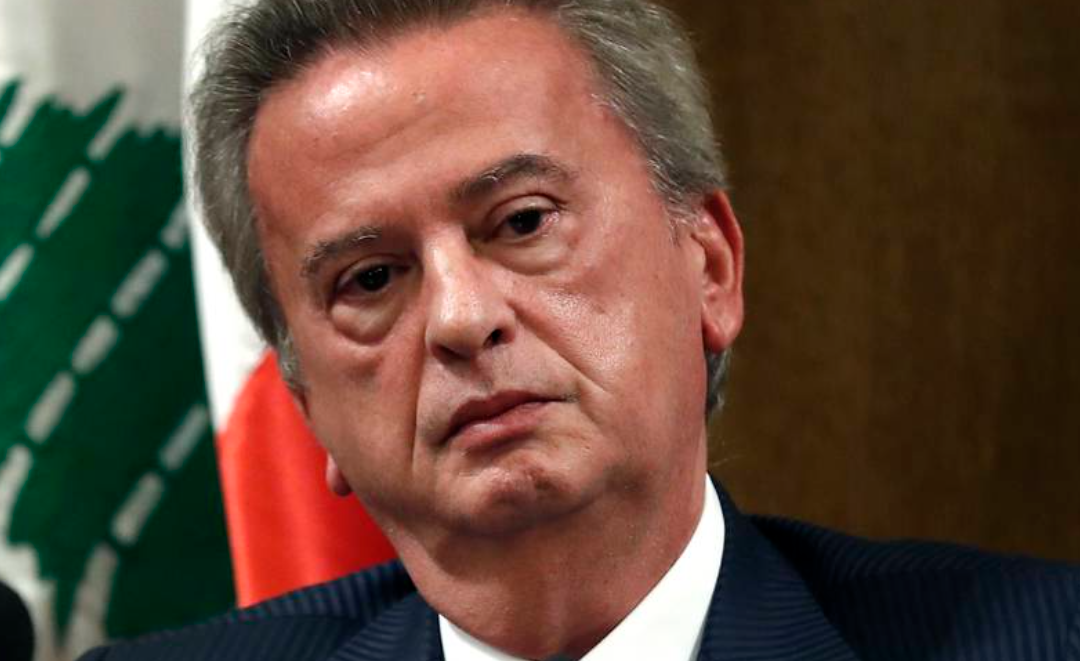 Activist groups lodged a complaint with the financial supervisory authority in Switzerland on Thursday to request an investigation into the activities of three Swiss banks in relation to Lebanon’s embattled central bank governor.

“All three banks appear to have breached their anti-money laundering obligations when assisting Mr Salameh and his entourage to shelter funds which appear to be ill-gotten and derived from corruption,” said Zena Wakim, a lawyer at the Swiss foundation Accountability Now, which took part in the complaint.

The six other plaintiffs are Lebanese. They include the Depositors’ Union, an association that defends the rights of Lebanese depositors, as well as small progressive political parties Li Haqqi, Beirut Madinati, and Taqaddom.

The Swiss financial watchdog, which goes by the acronym FINMA, can open an investigation, sanction banks, revoke their licences or refer the case to the Swiss judiciary.

“We can confirm that we have been or are in contact with relevant banks in the Lebanon context and that compliance with AML due diligence requirements plays an important role in our supervisory activities,” FINMA spokesperson Tobias Lux told The National in an email.

FINMA, which does not provide details on its supervisory activities, has been in contact “with national and international authorities,” added Mr Lux.

The aim of Thursday’s complaint is to show that Lebanese activists are “keeping an eye” on the central bank governor, his family, and the Lebanese banking sector, said Lebanese lawyer Fouad Debs, from the Depositors’ Union. “The more pressure we put on them, the more they might accept a recovery plan that’s not only for their own benefit,” he said.

Widely viewed as a result of decades of mismanagement and corruption by Lebanon’s elite, the collapse of Lebanese banks in 2019 robbed depositors of most of their savings and caused skyrocketing levels of poverty. Previous discussions for a bail-out from the IMF have been stalled by the banking sector’s disagreement over the size of their losses.

The crisis also damaged the reputation of Lebanon’s veteran central bank governor, Mr Salameh, 71. Swiss judges suspect him of having used their country’s banking system to launder $330 million with his brother, Raja Salameh, 61, through a contract signed between his British Virgin Islands company, Forry Associates, and the central bank.

This system that was set up at least two decades ago, according to the Swiss request for judicial cooperation from Lebanon, dated November 2020, which The National was able to review.

The letter shows that Swiss judges believe that the Salameh brothers channeled some of these funds to Switzerland and laundered the money by investing in real estate across Europe, particularly in the United Kingdom, among others.

The Salameh brothers are also suspected of having sent $207 million of the Forry funds from Switzerland to four Lebanese banks.

The Swiss request for co-operation triggered an investigation in Lebanon in early 2021. But a raid on these banks conducted by Lebanese judge Jean Tannous was stopped at the last minute in January following a phone call from Prime Minister Najib Mikati to public prosecutor Ghassan Oueidate. Mr Mikati has publicly defended Mr Salameh, saying: “you don’t change officers during a war.”

Mr Salameh has repeatedly denied any wrongdoing and claims he is the victim of a campaign led by foreign media. He has refused to be interrogated by Lebanese judge Ghada Aoun, saying that she is openly hostile to him. She recently tried to force him to come in for questioning but officers could not find him. A few days later, he told the Financial Times: “I’m in my house and the central bank.”

Yet the European judiciary continues to pressure Mr Salameh. At least five European countries, including France and Luxembourg, are currently investigating him mainly on suspicion of money laundering.

Lebanese activists have more faith in European judges than in their own, said Mr Debs. “Not much has been done in Lebanon because judges are either complacent or threatened, so we have been working on cases abroad,” he said.

The National reached out on Friday to Julius Baer, BankMed (Suisse), Bank Audi (Suisse), the Association of Banks in Lebanon and Mr Salameh’s press advisor. Julius Baer said that as a matter of policy, the bank does not comment on “alleged or actual client relations.” The others did not answer.