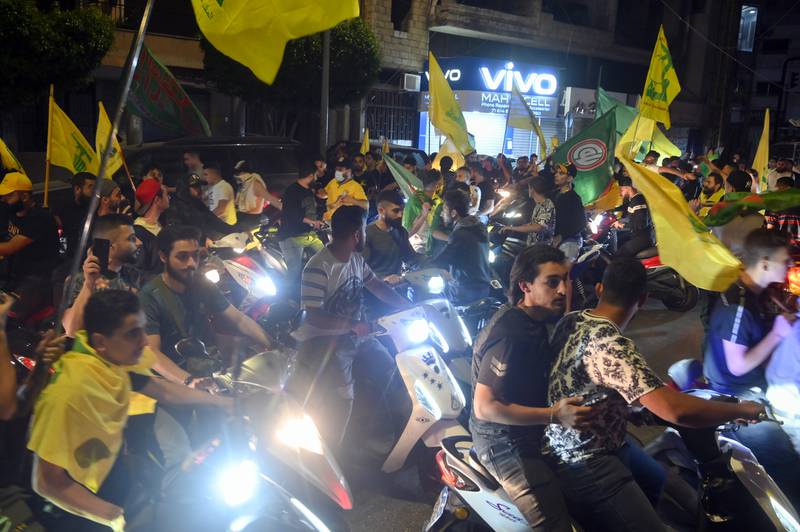 Live updates: follow the latest news on the Lebanon elections 2022

In the Lebanese town of Bint Jbeil, cars blaring songs praising Hezbollah and its ally Amal paraded in through the streets at dusk on Sunday evening.

The display of power and support as polling stations closed across the country reflected the parties’ confidence that they would keep a tight grip in their southern stronghold.

Throughout the day, Hezbollah supporters waved the Shiite movement’s yellow and green flags outside car windows as they drove to vote in the country’s parliamentary election. Women tied party flags on their backs. Men wrapped them around their wrists.

“Our chance of success is more than 100 per cent,” Hezbollah delegate Mohammad Saeed El Arab said at a polling station in Saksakiyeh, a village near the coastal town of Saida.

Out of 24 observers representing political parties, the vast majority belonged to Amal and Hezbollah.

Representatives of the opposition, which has high hopes of winning a handful of seats and capitalising on public anger at the national leadership’s perceived corruption, were barely visible. Unlike Mr El Arab, who sported a yellow jacket and hat, the independent list’s only two representatives wore no distinctive clothing.

In 2019, Lebanon was pushed into its worst economic crisis after decades of financial mismanagement by the ruling elite.

All voters The National spoke to in Saksakiyeh said they hoped for a change in the country, but they disagreed on what this would look like.

“It can only get better or worse,” he told The National.

He had come to vote with two friends, one of whom wore an Amal wristband. “We disagree politically but at least we can discuss our views, unlike the older generation,” said Nader, 24.

Another first-time voter, Nancy Wehbeh, 25, said she did not know much about the local opposition list.

“We only have trust in Hezbollah and Amal because they fight corruption in Lebanon,” she said.

Hezbollah is labelled a terrorist organisation by several western countries. The Iran-backed group has had representatives in the Lebanese government since 2005.

The election’s low turnout, at just above 37 per cent nationally as of 6.30pm on Sunday, has left opposition figures in south Lebanon unsure of whether they will see a candidate in Parliament. If they do, it will be a first. 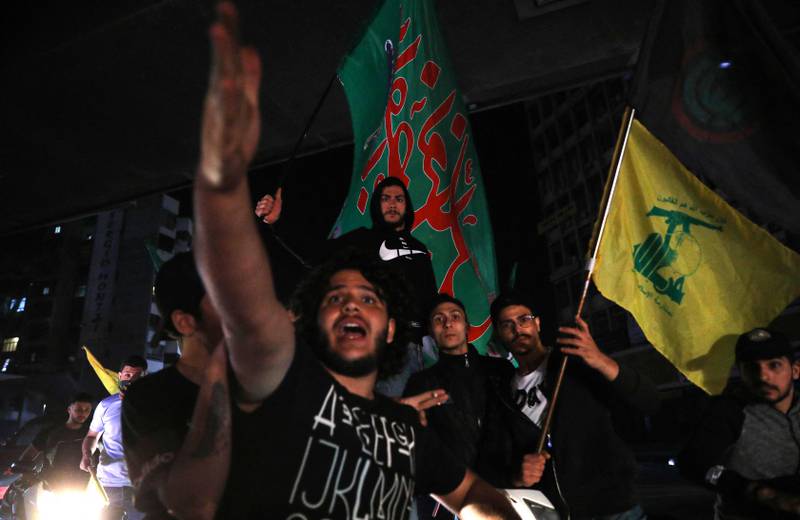 “We don’t know whether it is traditional party supporters who boycotted the vote or if people from all sides have abstained,” candidate Ali Mourad, from the southern village of Aitaroun, told The National.

“It’s clear that Hezbollah and Amal have the ability to assert themselves in public. That’s a pressure tactic.”

In Bint Jbeil’s government building, where vote counting was taking place on Sunday evening, judicial sources said they did not expect to finish the count before early the next day.

Counting in the town started at about 8.30pm, when officials received ballot boxes containing votes from expatriates. They were cast last Friday and Sunday and had been stored at the central bank in Beirut.

Local ballot boxes were carried by hand, under tight security, towards a large government building, where they will also be counted overnight. Several military jeeps circled the building, where dozens of policemen and special forces patrolled.

All the ballot boxes are expected to be transferred to a higher registration committee, which verifies previous reports and sends the final results to the Interior Ministry.

The Interior Minister is expected to give the official results on Monday or Tuesday.

Inside the building, the mood was quiet and studious.

“Voting in this region has been one of the calmest in Lebanon,” said the head of the sub-district, Charbel Al Alem. Many civil servants counting ballots were from the Justice Ministry. They said they had been paid $100 for the job.

The Lebanese Association for Democratic Elections documented hundreds of offences throughout the day across the country, but not specifically in Bint Jbeil.

Mr Mourad, who attended the count in the town, said he feared more breaches would come to light in the hours to come.

“We are at the mercy of ruling parties in areas where we have no delegates,” he said. “We are not on neutral ground.”