If Hezbollah does carry out its threat of war, Lebanon could end up like Gaza

Recently, Hezbollah’s secretary general, Hassan Nasrallah, made it clear that if Israel began drilling in its offshore Karish gas field, without Lebanon first securing what he deemed to be its own “rights” to gas, the consequences could be war. Not long before his comments, in early July, Hezbollah flew several drones over Karish.

While many believe that Nasrallah does not intend to carry out his threat of war at a time of deep economic crisis in Lebanon, there was no intention to go to war in summer 2006 either, the last time Israel and Hezbollah fought a major conflict. Often, the need to avoid being discredited by failing to act is enough of a motive to spark a conflagration.

However, let’s assume that a war does occur, can Hezbollah assume that the aftermath will be similar to what happened in 2006? At the time, the party had accused its domestic political opponents, joined in what was known as the March 14 coalition, of having betrayed Hezbollah by trying to exploit the war to contain the party’s actions.

Once the war ended, Hezbollah mobilised its supporters to organise a months-long sit-in near the prime minister’s office and force a change of government that would give it veto power over cabinet decisions. Among the things the party and its allies sought to block was a UN plan to set up a tribunal to try suspects involved in the assassination of former Lebanese prime minister Rafik Hariri in February 2005. Hezbollah and Syria were alleged to have played a role in the crime.

The standoff continued until May 2008, when armed clashes between the two sides led to what is known as the Doha Accord, which brought a new president to office. For several years after that, the situation returned to relative normality.

It is doubtful that a similar such situation could be replicated after any future war. The reasons for this are many, including Israeli intentions, the mood in Lebanon at a time of economic breakdown and the durability of Lebanon’s social contract.

Israel has made it amply clear that a war in Lebanon will lead to the widespread destruction of the country. Unlike 2006, when the US urged the Israelis not to obliterate Lebanon, fearing this would undermine the government of then prime minister Fouad Siniora, such inhibitions are unlikely in a new conflict. On the contrary, with many countries viewing Hezbollah as a destabilising force in the region, there may be implicit regional approval for a devastating response.

With Lebanon already facing one of the worst economic crises in recent history, the terrible consequences of a war with Israel could send the country over the edge. A bankrupt country would be unable to repair damaged infrastructure or homes, so Lebanon could end up becoming a larger version of Gaza, fuelling popular anger.

In the Shiite community, which has remained loyal to Hezbollah through thick and thin, the reaction would also be very unpredictable. In 2006, there was money, particularly Qatari money, to immediately start rebuilding destroyed Shiite villages and neighbourhoods. Today, little outside assistance would be forthcoming to help the community. Parliamentary elections this year showed there was underlying disgruntlement because of the economy. While Hezbollah and its allies in the Amal movement won all their seats, the number of votes in their favour went down. Independent candidates, although not Shiite, also made breakthroughs in Hezbollah and Amal-dominated districts.

The temper in Lebanon has also changed. An increasing number of Lebanese are fed up with the path down which Hezbollah is leading their country. No one wants to pay a price for the party’s alliance with Iran. And increasingly, on the ground, communities have shown a willingness to resist or take up arms against Hezbollah, as happened last year in Khaldeh, the Druze village of Shuwayya, and later in Ain Al Remmaneh.

On the back of a ruinous war, resentment will be generalised and this trend will only grow. Almost certainly, there will be calls from Hezbollah’s political foes to renegotiate the relationship between the party and the state, because Lebanon cannot afford to remain a hostage to Hezbollah’s and Iran’s agenda.

If Hezbollah disagrees and tries to escalate against its critics, a number of things may happen. Lebanon could enter into open conflict, or the party’s opponents could themselves escalate and argue that if Hezbollah refuses to integrate into the state, then the only option is separation and negotiations over a new political arrangement in Lebanon.

What makes this possible is that Lebanon’s political system no longer works, and the social contract that has governed the country since the end of the civil war in 1990 is hopelessly dysfunctional in the shadow of a party that has hijacked the state. Hezbollah, even if it is strong militarily, could not resolve such a crisis with its weapons. If its adversaries are united, the party may be forced to re-evaluate its national role.

This would create a dilemma. Hezbollah’s refusal to go down this path would heighten the risk of civil war, while any agreement to do so would undermine its mission on Iran’s behalf. The party’s inability to resolve this dilemma may explain why war with Israel is unlikely, but sooner or later Hezbollah will have to resolve its problems with the rest of Lebanon. 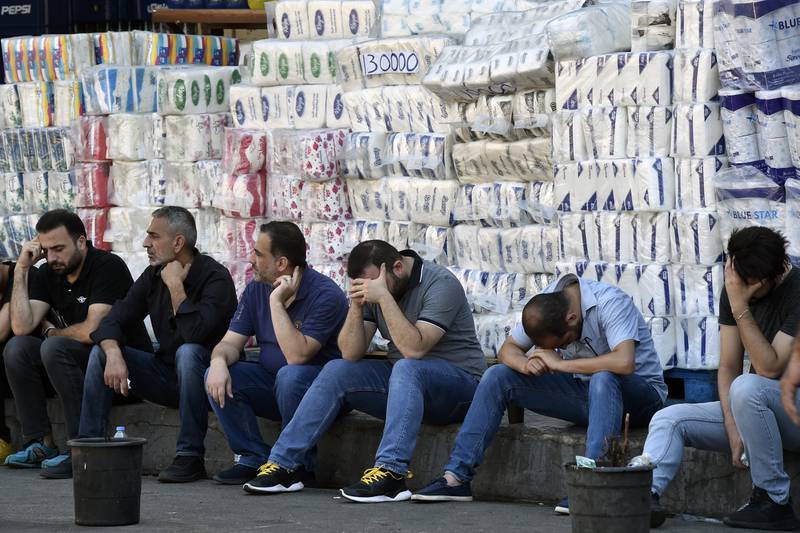