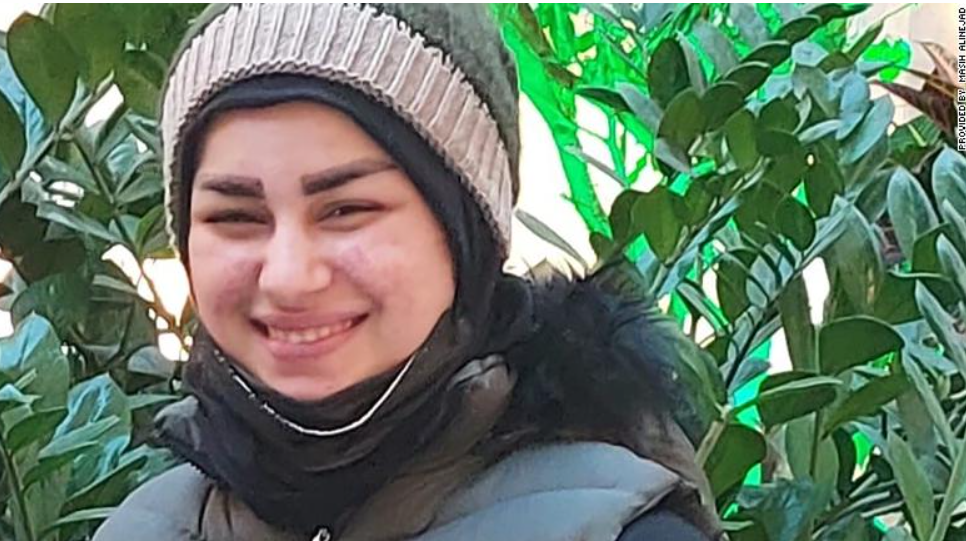 Tehran, Iran (CNN)The beheading of a 17-year-old girl​,​ allegedly by her husband​, in ​western Iran’s Khuzestan province last week has once again raised concern over ​the country’s laws around murder and gender-based violence.

Iran’s official Islamic Republic News Agency (IRNA) referred to the alleged murder as an “honor killing.”
​A video began circulating showing the husband, Sajjad Heydari, walking in the provincial capital of Ahvaz while smiling and carrying his wife’s severed head, IRNA reported. Local authorities have confirmed that widely shared images that purport to be Heydari are from the same incident, a source with knowledge of the statements told CNN.
The video, seen by​ CNN, showed Heydari holding a knife in one hand and ​the girl’s head in another.
CNN has not been able to reach Heydari or his family, and it is unclear whether he has an attorney. In an interview published in Iran’s semiofficial Fars news agency, Sajjad’s mother is quoted as saying her son had threatened to kill his wife previously, and was responsible for her killing.
The girl, who has been identified ​as “Mona” by IRNA, and as “Ghazal” by Fars — who reportedly spoke with the husband’s family — had fled to Turkey four months before being persuaded to return to Iran by her father, according to an interview with the girl’s mother-in-law, published on Fars.
​The girl was 12 years old at the time of her marriage to Heydari, according to IRNA.
In an interview with the girl’s father, published Tuesday in Fars, he is quoted as saying that he had obtained a legal certificate allowing his daughter to be married. The minimum age of marriage in Iran is 13 for girls and 15 for boys. CNN has been unable to confirm Sajjad Heydari’s age.
​She returned from Turkey on Friday, according to Fars, and was killed soon after.
Heydari was arrested, along with his brother, who ​allegedly helped him commit the crime, prosecutor Abbas Hosseini Pouya told Fars.
“The accused will definitely be dealt with severely,” Pouya told Fars.
Those who published and shared the video ​may also face arrest, Pouya said.
The incident has prompted Iran’s government to push forward a review of a draft law that aims to protect women against domestic violence, Ensieh Khazali, the vice president for Women’s and Family Affairs, a cabinet-level position, said in a tweet, according to IRNA.
“The judiciary is determined to inflict the most severe punishment on ​(the killer and a suspected accomplice) in accordance with the law,” Khazali said.
For years, Iranian women​’s rights activists have campaigned for ​such a law to prevent “violence against women and prosecute their abusers,” Human Rights Watch (HRW) said in 2020.
The draft law has “a number of positive provisions” HRW said, including the creation of restraining orders and the formation of a committee to “draft strategies and coordinate government responses to violence against women.”
The law would also require prejudicial mediation in domestic dispute​s that involve a father or a husband.
But the law still “falls short of international standards,” HRW said, adding that it “does not criminalize some forms of gender-based violence, such as marital rape and child marriage.”
Hadi Ghaemi, executive director of the New York-based Center for Human Rights in Iran ​(ICHRI), said that “the beheaded child bride…might be alive today if Iran’s government had enacted laws against the cruel practice of child marriage, and protections against domestic violence.”
The crime comes only two years after another high profile “honor killing,” ​in which a 14-year-old was ​allegedly killed by her father with a sickle after she ran away from her family home in northern Iran’s Talesh County with a 29-year-old man.