A vessel contracted by Israel to extract gas from a disputed gadfield  partly claimed by Lebanon is set to begin production “within weeks”, raising the prospect of another round of conflict between Israeli forces and Lebanese armed group Hezbollah.

The development comes at a time when a US energy envoy who is mediating indirect talks over a disputed maritime boundary between Lebanon and Israel is set to arrive in Beirut in the coming days.

Hassan Nasrallah, the leader of Iran-backed Hezbollah, has threatened to attack Israel if extraction from Karish starts before a deal is reached.

Israel and Hezbollah, which is also a political party, are arch enemies and fought a devastating war in 2006.

London-listed Energean, which is operating the production vessel, said in its mid-year review on Thursday that “our flagship Karish project is on track to start production within weeks and will enhance energy security in Israel and the region”.

Nasrallah said on August 9 that “the hand that reaches for any of this wealth will be severed”.

The US energy envoy, Amos Hochstein, was last in Beirut in late July for meetings with Lebanese officials, and there has been cautious optimism that a deal could be reached between Lebanon and Israel.

Israel believes the field, about 80 km west of Haifa, is part of its exclusive economic zone, while Lebanon says it lies within the disputed waters.

In the negotiations, which have rumbled on for years, Lebanon had initially demanded 860 square kilometres of territory in the disputed area.

But the talks were complicated last year when Beirut expanded its claim in the zone by about 1,400 square km, including part of Karish.

Tension soared in June when Energean moved its vessel close to Karish. In July, Israel shot down three unarmed drones flown by Hezbollah that were heading towards Karish field. 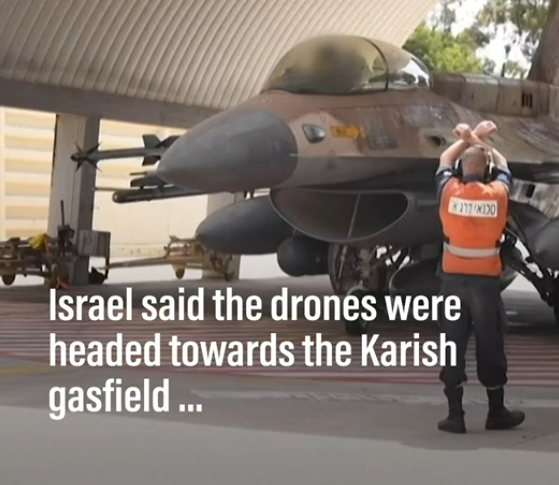