Israel says it shot down drone launched by Hezbollah from Lebanon

A metal cutout of an Israeli soldier stands behind signs pointing out distances to different cities at an army post on Mount Bentalin in the Israeli-annexed Golan Heights. AFP 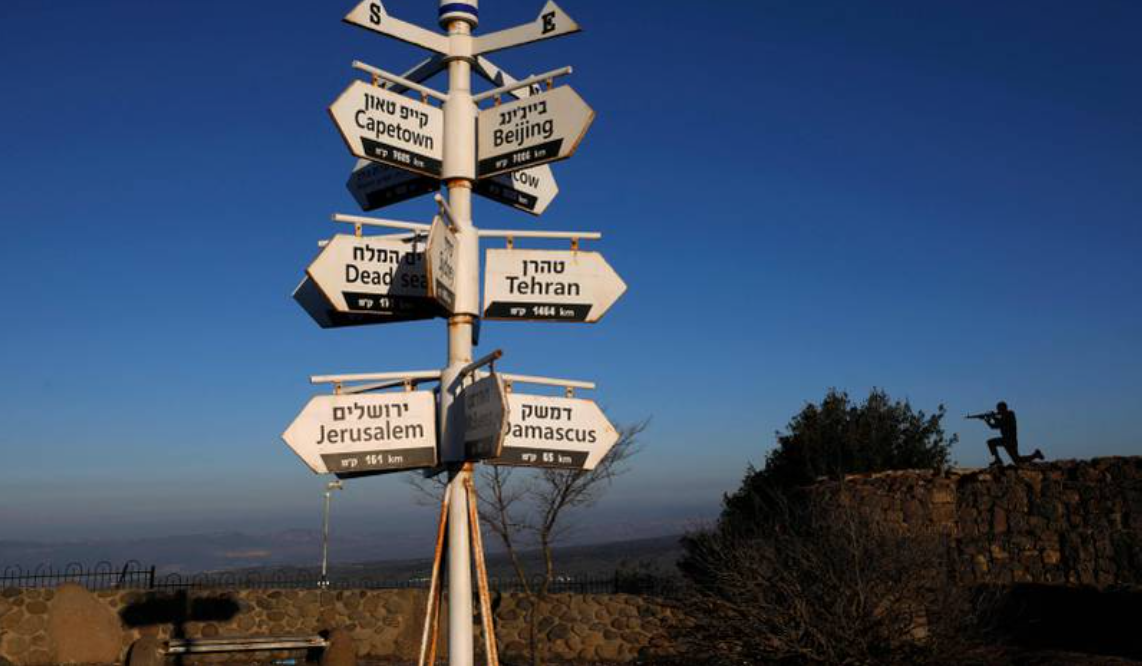 The Israeli military on Thursday said it had shot down an unmanned aircraft launched by Lebanon’s Hezbollah militant group into Israeli airspace.

The incident occurred a day after Hezbollah’s chief, Hassan Nasrallah, said the group has been manufacturing military drones in Lebanon and has the technology to turn thousands of missiles in its possession into precision-guided munitions.

In a statement, the Israeli military said it had monitored the drone “throughout the incident” before shooting it down.

It gave no further details but said it will “continue to operate in order to prevent any attempt to violate Israeli sovereignty”.

Israel and Hezbollah are bitter enemies that fought a month-long war in 2006 that ended in a stalemate. Israel considers Iranian-backed Hezbollah to be its greatest immediate threat, possessing an estimated 150,000 rockets and missiles capable of striking anywhere in Israel.

Israel has long expressed concerns that Hezbollah would obtain or develop guided missiles and attack drones.

The country routinely carries out strikes in neighbouring Syria, many of which are believed to be aimed at halting Iranian arms shipments to Hezbollah.