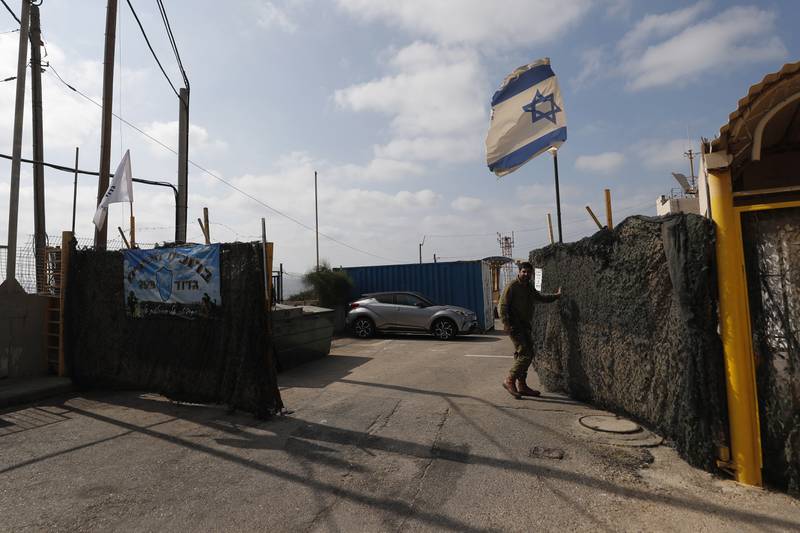 Israel has urged Lebanon to speed up negotiations on their disputed maritime border after Beirut invited a US mediator to resume talks.

Israel’s call came after a gas production and storage vessel arrived at the Karish gasfield on Sunday. The gasfield is partially claimed by Lebanon, prompting Lebanese President Michel Aoun to warn Tel Aviv against making any “aggressive” moves.

Israel repeated its claim that the vessel was not in contentious waters.

In a joint statement on Wednesday, the Israeli ministers for defence, energy and foreign affairs restated the country’s view that Karish “is a strategic asset of the state of Israel”.

“The rig is located in Israeli territory, several kilometres south of the area over which negotiations are being conducted between the state of Israel and the state of Lebanon,” the ministers said.

Lebanon’s parliament Speaker, Nabih Berri, said US envoy Amos Hochstein is expected to arrive in Lebanon in the coming days.

“The rig will not pump gas from the disputed territory,” Israel said, adding that it was prepared to defend the site.

“We call on the state of Lebanon to accelerate negotiations on the maritime border,” the ministers said.

Lebanon and Israel are technically in a state of war and remain separated by a UN-patrolled border.

They resumed negotiations over their maritime border in 2020 but the process was stalled by Beirut’s claim that the map used by the UN in the talks needed to be modified.