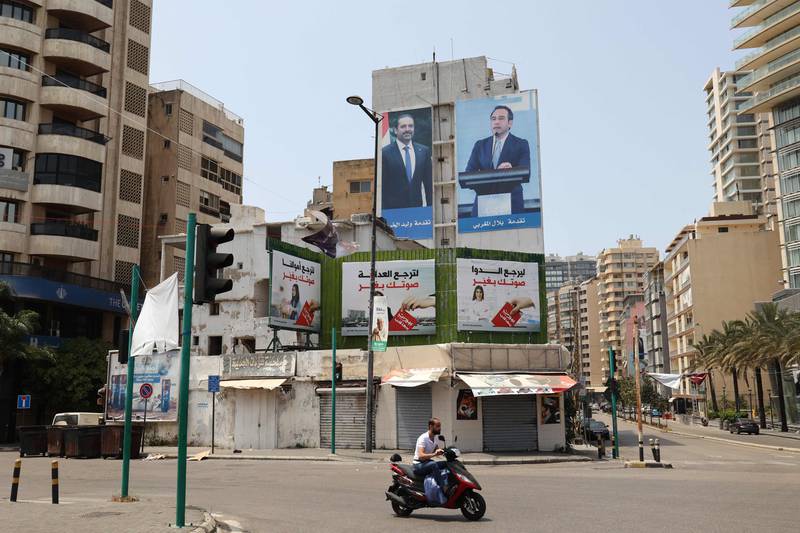 Lebanese registered to vote abroad will go to the polls from Friday ahead of Lebanon’s parliamentary election, which is scheduled for May 15.

The Lebanese diaspora in 10 countries, including Saudi Arabia, Syria, Kuwait, Iraq and Qatar, will cast their vote at polling stations in embassies and other locations on Friday.

A second round of voting will be held on Sunday in another 49 countries, including the UAE, that have Sunday as a weekend.

In the UAE, Lebanese can cast their vote at the embassy in Abu Dhabi and the consulate in Dubai from 7am to 10pm local time.

About 250,000 Lebanese living abroad have registered to cast their ballots in the election, roughly three times more than the last time elections were held in 2018.

The increase in registrations has in part been attributed to efforts by civil society groups to encourage the diaspora to vote.

Although registered overseas voters account for only 6 per cent of Lebanese eligible to cast ballots in this election, they could still play a pivotal role in the outcome of the first poll to be held since the country was hit by a series of crises that have pushed many Lebanese to emigrate.

In 2018, diaspora votes went to the “traditional” parties — particularly the Christian-led Lebanese Forces and Free Patriotic Movement parties — with only 6 per cent backing those on opposition lists.

But that was before the crippling economic crisis that has pushed three-quarters of Lebanon’s population into poverty since October 2019, and the blast at Beirut’s port in August 2020 that killed more than 200 people and destroyed large parts of the capital.

Many Lebanese blame the crisis and the port blast on government negligence, mismanagement and corruption.