Lebanese elections 2022: everything you need to know 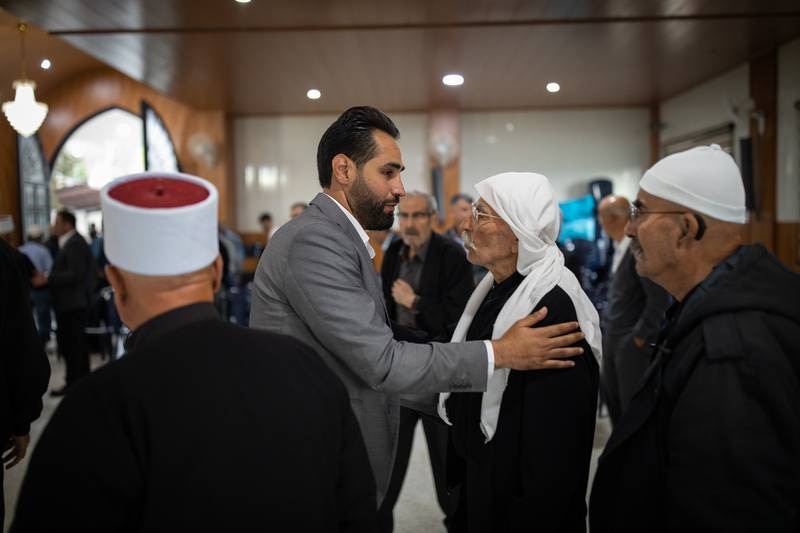 Voting has already begun in this year’s Lebanese parliamentary elections.

More than 130,000 Lebanese expatriates living in 48 countries voted in the May 15 general election at the weekend.

Lebanon held its last national election in 2018, the country’s first vote since the outbreak of the 2011 civil war in neighbouring Syria.

Here is all you need to know about the elections.

When are the Lebanese parliamentary elections?

Lebanese citizens are given the chance to elect a new parliament, comprised of 128 members, every four years. In past decades, elections have been pushed back multiple times, but they are taking place as scheduled this year amid intense pressure from the international community.

Voting will take place in a single session on May 15. Voters must be at least 21 years old, with candidates over 25. The country is divided into 15 electoral districts.

Due to the sectarian nature of Lebanese politics, candidates must run on a seat that matches one of the country’s 18 recognised religious groups.

Lebanon’s 2018 electoral law stipulates that a candidate is elected if they meet the minimum electoral threshold. This is calculated by dividing the number of voters by the number of candidates.

Voters vote for an entire list of candidates — not for a single person. But voters also have the choice to cast a second vote for a preferred candidate, which will bolster their chances of making it into parliament.

The Interior Ministry organises in-country elections and oversees a supervisory commission. Created in 2017, the commission is widely viewed as toothless and unable to address widespread voter buying and intimidation.

The Lebanese are automatically registered to vote as long as they are of age. In the last election in 2018, 49 per cent of registered voters cast their ballots.

Most of Lebanon’s traditional parties have put forward candidates for the 2022 election. Shiite political party and militant group Hezbollah has presented most of the MPs that won seats in 2018, with its parliamentary leader Muhammed Raad among those running again. Nabih Berri, the leader of Hezbollah’s ally Amal and parliamentary speaker since 1992, is also seeking reelection.

Gebran Bassil, the controversial son in law of President Michel Aoun, and his Free Patriotic Movement are also running. So too is the Lebanese Forces, the Christian-led party and staunch critic of Hezbollah. Sethrida Geagea, wife of party leader Samir Geagea, is among those presented by the LF.

Former Prime Minister Saad Hariri, however, has withdrawn from politics and his Future Movement is not putting forward any candidates. Prime Minister Najib Mikati is also not running, but has sponsored a list in his native Tripoli. It leaves a potential votes vacuum in Lebanon’s second city.

What is special about this year’s election?

Lebanon has gone through major shocks in recent years, further exacerbating long-term weaknesses that include almost non-existent basic state services such as electricity.

In 2019, the Lebanese pound started to slip for the first time in 22 years. It is now worth around 90 per cent less than the official peg to the dollar, which remains officially in place but is not used for everyday transactions.

This means that people who earn in Lebanese pounds have seen their salaries nosedive. In parallel, commercial banks have enforced illegal capital controls as the central bank has restricted their access to dollars.

The restructuring of the banking sector, which the central bank governor has refused to describe as insolvent, is at the centre of protracted discussions with the IMF for a bailout package.

Today, nearly three quarters of the population lives in poverty, according to the UN. More and more desperate Lebanese are attempting the highly dangerous boat crossing to Cyprus, hoping to reach Europe. Dozens died when a boat sank off the coast of Tripoli in late April.

In August 2020, Lebanon’s capital Beirut was hit by one of the biggest non-nuclear explosions in recent history. Hundreds of tonnes of poorly stocked chemicals exploded at the port, killing at least 215 people and wounding thousands.

Lebanon’s political class has united to block the work of investigative judge Tarek Bitar. Public anger about the probe led to deadly clashes in Beirut in October and has further polarised Lebanese society.

New, nonsectarian political parties are trying to capitalise on public anger against traditional political parties to secure parliamentary seats. But the opposition has failed to unite and is competing on multiple electoral lists across the country. Coupled with an electoral law which favours entrenched parties, this means the opposition has little chance of securing a decisive win on May 15.

What about the Lebanese diaspora?

About 130,000 Lebanese living in 48 countries voted at the weekend. That is nearly three times more than in 2018, when Lebanese citizens were allowed to vote for the first time at polling stations outside their home country.

The Lebanese diaspora is estimated to be roughly double the size of the country’s domestic population of 4 million.

The state-run National News Agency reported on Sunday evening that the highest voting rate was in Abu Dhabi, where 77 per cent of Lebanese voted, but turnout was much lower in Latin America, at under 10 per cent.