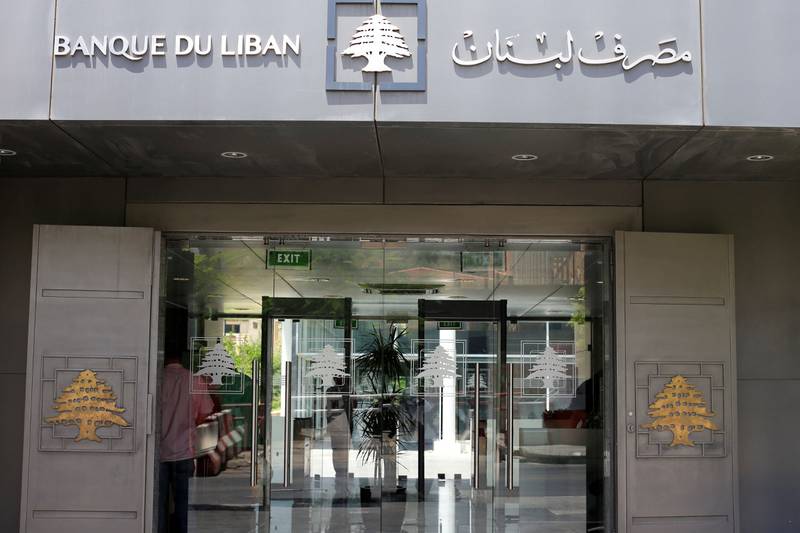 The Lebanese banking association’s rejection of a financial recovery road map passed by the country’s Cabinet last week is “dangerous and irresponsible”, the office of Deputy Prime Minister Saadeh Al Shami has said.

“This state of denial, if it continues, will make everyone regret their actions,” Mr Al Shami’s office said on Tuesday, in a statement posted on the website of a local television channel.

The plan would cancel “a large part” of the central bank’s foreign currency obligations to commercial banks and dissolve non-viable lenders by November, Reuters reported.

The plan places the full losses of the country’s economic meltdown on depositors, the Association of Banks in Lebanon (ABL) had said on Tuesday, putting the losses at more than $70 billion.

Lebanon’s financial sector losses have reached $72 billion, Mr Al Shami had told bondholders in a May 11 web presentation, citing devaluation, the expected sovereign debt restructuring and the restatement of selected assets of the central bank and the banking sector.

The ABL had said Mr Al Shami’s plan “absolved the state and the Banque du Liban of their obligations to pay their debts” to commercial banks.

Deposits had been “cancelled at the stroke of a pen”, the ABL said, deriding “genius” experts who did not take heed of an alternative plan suggested in 2020 that called for a fund to manage privatised state assets.

However, Mr Al Shami’s office called the ABL’s accusations against the state and the Banque du Liban “baseless” and “false”.

Mr Al Shami described the ABL’s statement as a “scandalous attempt at claiming to protect depositors”, who “suffered great harm as a result of bad policies”.

“We are in the middle of negotiations that seek to protect the largest possible number of depositors without burdening the state with additional debt,” Mr Al Shami said.

The statement said Lebanon would not have access to IMF funds if it failed to put the plan into effect.

The recovery plan was approved on Friday by Cabinet in its final session, a few hours before it lost its decision-making powers after the election of a new parliament on May 15.

On April 7, the IMF and Lebanon had reached a staff-level agreement. The fund said it could support the country with the equivalent of about $3 billion over four years.

The ABL hailed the agreement as a “crucial first step” towards recovery and said that “the banking sector remains open to any solution that resolves the crisis”.

But Lebanon must put into effect several difficult reforms before the IMF board meeting, which is in July. None of them have been executed yet.